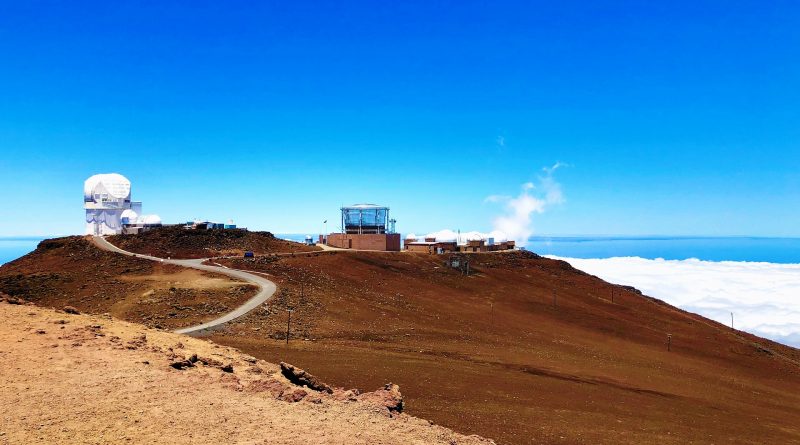 Haleakala National Park, with 1.5 million visitors per year, is one of the major tourist attractions in Hawaii.
This park occupies an area of ​​122.15 km² (of which 80% left in a totally wild state) and offers extremely varied natural environments including both mountain and coastal landscapes and inside it is possible to camp and follow the numerous paths, on foot or on horseback, which offer scenic and silent views, giving the visitor a lunar and unusual spectacle.
The Haleakala National Park is characterized by various climatic and vegetative zones; they range from tropical humid forest to subalpine desert, with endemic animal and floral species such as Hawaiian geese (Nene in Hawaiian) and Haleakala silversword plants (Ahinahina in Hawaiian). The park is open 24 hours a day and is also accessible in perfect autonomy by car, being well connected to the rest of the island.
On the Haleakalā there is also an observatory also known as the Haleakalā High Altitude Observatory Site, it is the first optical astronomical observatory built in Hawaii. The dry climate, the limited light pollution and its altitude have made it over time one of the most sought-after astronomical complexes in the world for the installation of terrestrial telescopes and astronomical research. Haleakalā is a large shield volcano located on the island of Maui and occupies about 75% of the territory with a moderate risk of lava flows.

Geography –
This park is characterized by the presence of Haleakalā which is a shield volcano 3 055 meters high, located on the south side of the island of Maui, in the Hawaiian archipelago.
The name Haleakala derives from a Hawaiian word meaning “house of the sun”, in fact according to a Hawaiian legend, the demigod Maui tied the sun from here to slow it down and lengthen the day.
Haleakala is one of the highest peaks in the Pacific and the one that rises on the surface is only 5% of the volcano, in fact, if measured from the seabed, Haleakala is the third highest mountain on the planet. It occupies 75% of the island and is a dormant volcano (the last eruptive activity dates back to 1790) formed by a crater of 50 km² that was formed after the collapse of the main cone, has a chain of ash cones inside. and lava flows formed by successive eruptions and very steep and barren dark rock walls. Haleakala emerged from the Pacific Ocean thanks to the presence of an underwater hot-spot, whose gradual supply of lava formed the imposing volcano over time, then winds and rains eroded the crater transforming it into a vast plateau divided in two valleys. The eastern part of Haleakala is characterized by the Kipahulu valley, a biological reserve (not accessible to visitors) where birds, plants and invertebrates find refuge, some of which can only be found in this area. 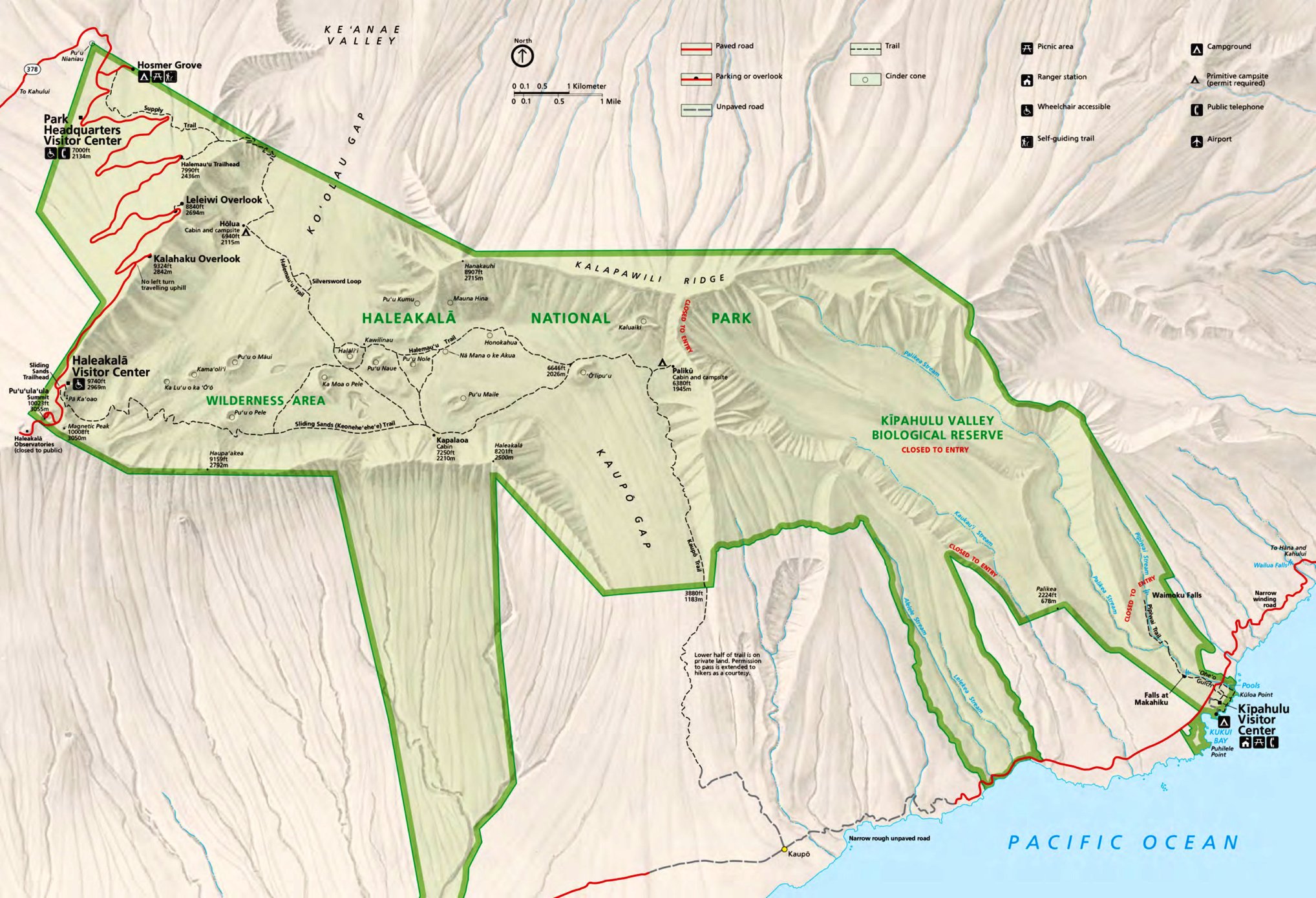 Flora –
There are over 850 plant species in Haleakala National Park. Of these, over 400 species are native, or arrived without human intervention; over 300 species are endemic to Hawaii, found only on the islands.
This striking diversity reflects the variety of climates and altitudes that have allowed plants to fill niches from dry alpine deserts to wet, salty shores. Plant communities have formed in some of the most unlikely arid deserts and lush rainforests. Ethereal silver swords, bird-pollinated geraniums, Seussian na’ena’e, and mint-free ticks are some of the amazing plants that have evolved in Haleakalā’s unique and diverse environment.

Fauna –
The Hawaiian Islands are isolated in the middle of the Pacific Ocean. As one of the most geographically isolated landmasses in the world, Hawai’i is rich in unique species. The journey to the islands being such a vast distance limited the species able to distinguish it. Most of the native animal species of the Hawaiian archipelago are descendants of those who were able to fly here, such as birds, bats and insects; those light enough to be carried by birds, such as snails, some insects and spiders; and those pushed here or dragged ashore. Their descendants survived and reproduced and then inhabit the islands today. Many of these species have adapted into unique species that are now endemic, not found anywhere else in the world.
Haleakalā is home to several native birds, such as the nēnē (Hawaiian goose), the ‘ua’u (Hawaiian procella) and 6 native birds of the Hawaiian forest.