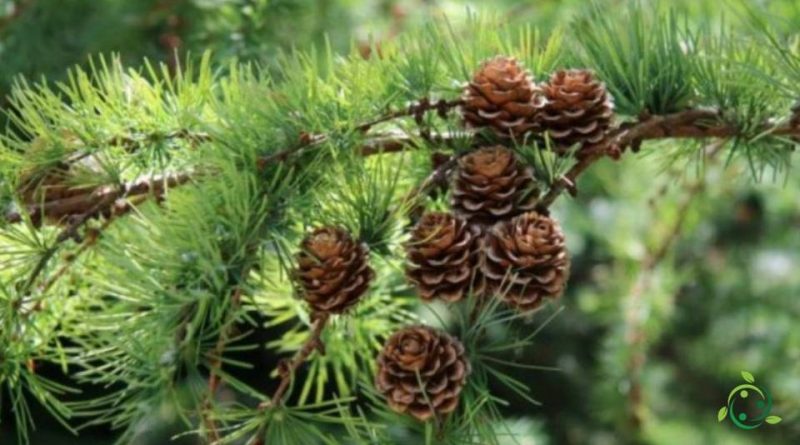 How Japanese larch is grown

The Japanese larch (Larix kaempferi (Lamb.) Carr.) Is a species native to Japan (Honshu Island), where it forms large mixed forests with confiferous and broad-leaved trees (oaks, beeches, birches). At the edge of the vegetation it often becomes a dwarf plant, with a very attractive appearance.
This plant is now quite widespread as it is introduced because it resists larch cancer. It can reach 40 meters in height. The peculiarity of this tree is that it is very elastic, and can take very strange shapes.
It is a plant that has good resistance to cold and suitable for forming tall hedges with a wonderful autumn color.
The reproductive structures of Larix kaempferi are yellow and globose male cones (about 1 cm in diameter) and female cones, larger, erect, red-purple before fertilization, ovoid.
The fruit is a globular cone, brown when ripe, with rounded scales. The pine cones remain on the branches for several years after dissemination.

Cultivation –
Larix kaempferi is a plant that prefers fairly light and deep soils, however it can also grow on more compact soils.
It is a very sensitive plant to pollution and grows poorly in chalky soils. In fact, it needs the earth to remain fresh throughout the season, because it cannot stand summer droughts.
The Japanese larch needs sun exposure, even partial shade, as well as well ventilated. However, it should be remembered that young seedlings initially develop even better if partially shaded.
If you already have a young plant purchased in the nursery, remember that the transplant must be carried out when its leaves have fallen. It is also advisable to buy young seedlings that have recently been in their pot to avoid having to transplant plants with twisted root systems and which are not suitable for transplanting.
Furthermore, once planted, its needles will begin to acidify the soil under the tree, so plants that do not tolerate these conditions can hardly grow under the plant.
The plant lends itself well to growing alone but also for the formation of very high hedges which in autumn take on a beautiful yellow ocher color.

Uses –
The Japanese larch spread in Europe, starting from the nineteenth century, as an ornamental plant. In Italy, until the 1960s, it was used in reforestation in the Alps and the Apennines, also by hybridizing it with the European larch.