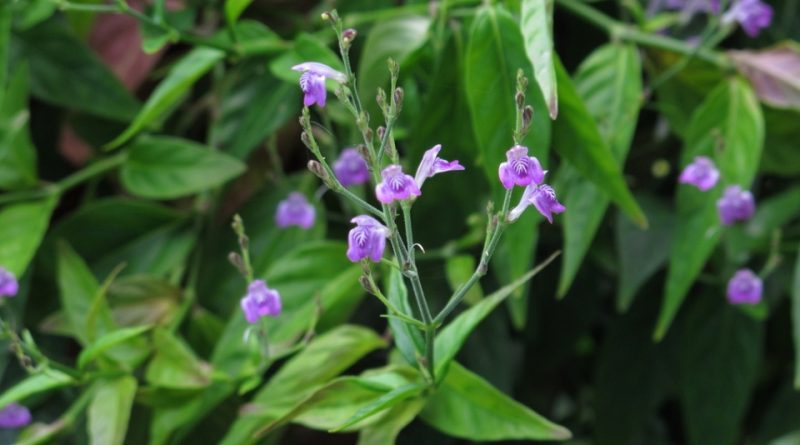 Geographic Distribution and Habitat –
Justicia pectoralis is a small medicinal herbaceous perennial native to South America: present in Paraguay, Brazil, Bolivia, Peru, Ecuador, Colombia, Venezuela, Guyana and Central America, from Panama to Mexico to the Caribbean.
Its habitat is that of sandy soils in apparently undisturbed seasonally dry forests in the lowland areas, which sometimes grow on the rocks in the stretches of wooded streams. 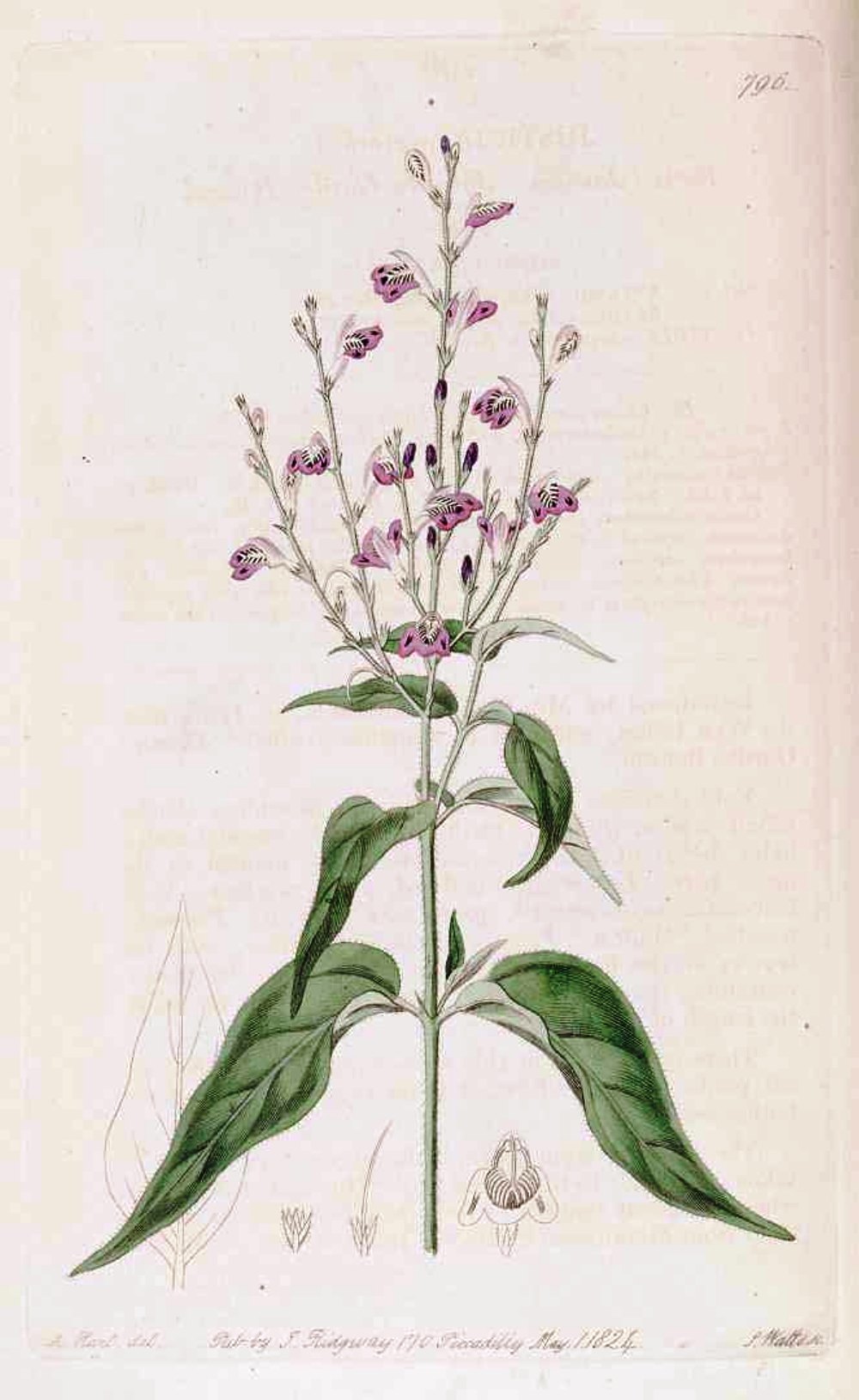 Description –
Justicia pectoralis is a herbaceous plant that looks like herbaceous stems, even erect, tetragonal, gnarled and glabrous that grows from 15 to 200 cm in height. The stems can expand or fall and often form roots at their lower nodes.
The plant has a fibrous and very branched root.
The leaves are opposite, lanceolate and have slightly wavy petioles.
The flowers, which are carried in one-sided panicles, are tubular and two-lipped with a fluffy outer surface. They are white, lilac or pink in color and sometimes speckled with dark purple.
The seeds are flattened, velvety and found inside capsules.

Cultivation –
Justicia pectoralis is a plant that is harvested in its natural state for local use as a medicine.
This plant is common along roadsides and uncultivated places at altitudes close to sea level.
It is a sweetly scented plant that can be propagated by seed or by dividing rooted stems and grown mainly on light and humid soils.

Customs and Traditions –
Justicia pectoralis is widely known as tilo in Latin America and Cuba. In Haiti it is called chapantye and zeb chapantyè in Dominica and Martinique. Other popular names are freshcut, chambá, carpintero (“carpenter”), té criollo (“Criollo tea”), curia, angel of death, masha-hari or “piri piri”.
It is a plant whose leaves and stems contain coumarin, an anticoagulant and acts as a regulator of glucose metabolism thanks to the action of luteolin.
It is used in South American folk medicine and has been used as an additive in virola cigarettes, in part due to its vanilla-like smell.
This plant is grown by Cubans in South Florida and was originally used by the indigenous peoples of E. Colombia and the Amazon basin.
Various Waika groups dry and pulverize the leaves and add them to the powdered “resin” of Virola thetodora to make a hallucinogenic snuff.
The extracts of material cultivated and originally collected in the Peruvian Amazon contain betaine, coumarin, Umbelliferone, but in animal experiments these extracts were neither hallucinogenic nor produced synergistic effects comparable to those induced by tryptamines.
Packages of this plant are sold by herb sellers in Cuba and Panama.
In Panama, a decoction is made to relieve stomach ache and leg pain. Barbados and Puerto Ricans take the decoction of sugary plants as an expectorant.
In Guadeloupe and Martinique a decoction is used as a digestive and the plant mixed with cooking oil is a remedy for chest ailments.
Sometimes the moistened leaves are used as an external bandage on wounds.
In Trinidad, a decoction is used as a remedy for coughs, chest colds, flu, fever and vomiting.
An old Jamaican remedy for infantile colic and tuberculosis is a combination of Justicia pectoralis and Cuscuta amtricana mixed with orange and sugar.

Preparation Method –
Various preparations are obtained with Justicia pectoralis.
A decoction is used as a treatment for stomach pain. A tea is used as a treatment for flu, fever, whooping cough, seizures. An infusion is used to treat headaches caused by trauma to the head.
It is also used in the treatment of bleeding.
A decoction of the plant is used as an external febrifuge bath.
The macerated leaves are applied externally as a vulnerary in the treatment of hematomas.
It is used as a tea or eaten in a caramel to treat coughs and colds.
An infusion of leaves is used as a hair rinse to treat hair loss.
The aromatic and very fragrant leaves, dried and pulverized, are used by the indigenous peoples for the preparation of the medicinal drink Ayahuasca.
In the Antilles the crushed leaves are used for the closure of wounds and bleeding.