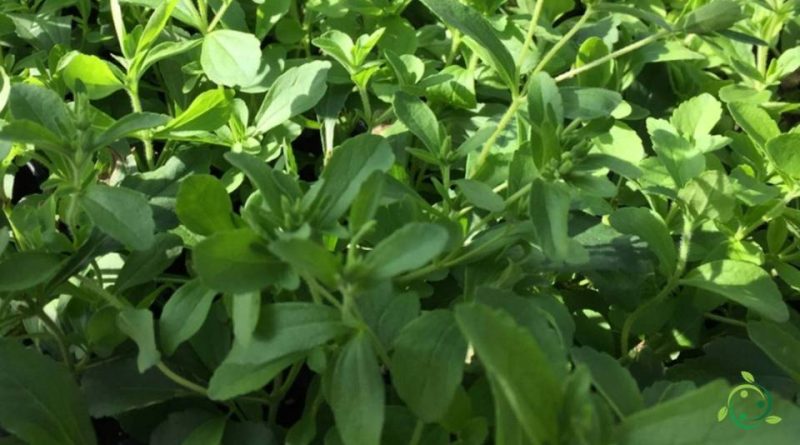 Stevia (Stevia rebaudiana Bertoni) is a small perennial herbaceous plant of the Asteraceae family.
This plant is native to the Rio Monday valley in northeastern Paraguay. The first news on the existence of this plant dates back to its use by the indigenous Guaranì who called it caà-ehe (sweet herb) and used it to cover the bitter taste of Ilex paraguayensis with which an infusion called: “Mate “(The Paraguayan tea) slightly exciting for a low caffeine content.
This plant can be grown outside its range and also grows in areas with a Mediterranean climate such as in Italy.
In this sheet we will see how it propagates while for the details of the cultivation technique please refer to the specific sheet.

Propagation –
Stevia rebaudiana usually reproduces by seed but can also be multiplied by cutting with a good success rate.
Remember that the seeds, which are tiny, should usually be mixed with sand before sowing to avoid too thick a distribution. The percentage of germination of this species is however modest so it is necessary to increase the quantity of seed.
It is also important, especially during the first phase of germination, not to let the soil dry out as the young seedlings would not overcome the water crisis.
The seedlings are transplanted individually when they have placed the second pair of true leaves, planting them outside after the last few frosts, and providing them with some protection until the plant is well underway.
In Italy, the best period for transplanting falls in April due to mild temperatures and frequent rains which ensure good rooting of the seedlings and uniform development.
As for the planting density, we recommend that of 5-6 plants per square meter with 60 cm spacing.

Uses –
Stevia is a plant that has been known since ancient times by many peoples of the South American geographical area, as well as for the sweetening power of its leaves, also for its medicinal properties, in fact it has been commonly used for centuries by the indigenous peoples of South America for its anti-inflammatory and antioxidant qualities, and is still used today.
It is used as a sweetener, as it is much sweeter than the common sucrose. The active ingredients contained are stevioside and rebaudioside A, which are found in all parts of the plant but are more available and concentrated in the leaves, which when dried (dehydrated), have a sweetening power (due to the effect of the mixture of the two. sweetening components) from 150 to 250 times the common sugar. Contrary to sugar, the active ingredients have no nutritional power (zero calories), and are relatively stable over time and at high temperatures, so they perfectly retain their characteristics even in baked goods or hot drinks, unlike other synthetic sweeteners. such as aspartame, which undergoes degradation.