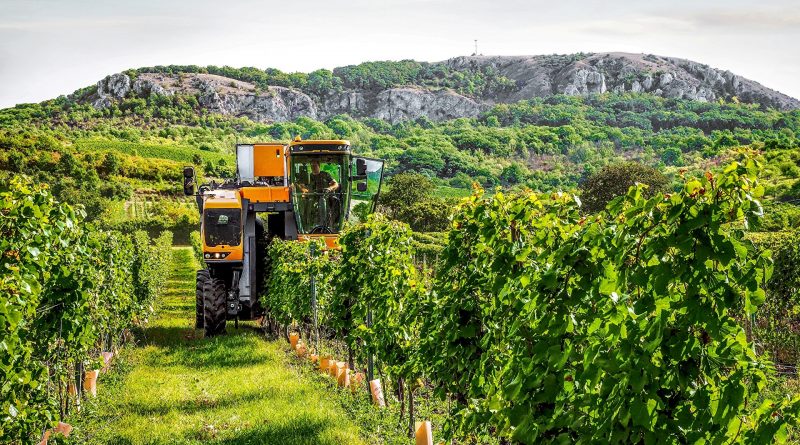 The agricultural world is certainly that sector of human activity that is undergoing the greatest changes but also the greatest discussions.
Within it, the currents of thought are not unique and, indeed, some in stark contrast. Contrast that is fundamentally accentuated by different holistic positions on the principles to be adopted to produce goods and services from farms.
The clash between the proponents of conventional, organic, biodynamic, synergistic agriculture, permaculture, and so on is known.
In any case, we are faced with the need for a major change of views that will perhaps modify or integrate some points of view but which, essentially, must be brought back to a single possible vision.
In fact, it is necessary that, in order to produce goods and services, we must, without any doubt, align ourselves, or if you prefer, synchronize with the productive models of nature which are nothing more than the complex application of the principles of thermodynamics of complex systems so expensive. to the Russian scientist Ilya Prigogine, well known for his theories on dissipative structures, complex systems and irreversibility.
His works, together with those of other authors, such as the precursor of the study of complex systems Henri Poincaré, physicist-mathematician who lived between the nineteenth and twentieth centuries, have opened a new window on the world, forever abandoning the mechanistic conception he saw. the units of which it was composed as independent.
The works of Ilya Prigogine and other authors on the complexity of thermodynamic systems, which is an ecosystem and as a whole the ecosystem par excellence that is planet Earth, have allowed us to understand that many of the “human methods” developed in mechanistic century, which is the ‘900, are totally to be reviewed starting from what rightly is the primary activity of man and that is agriculture.
I often follow the stories of the criticisms, sometimes even harsh and often dictated by a lack of knowledge of the phenomena of the thermodynamics of complex systems, which is also an agricultural process, to understand that the first change to be adopted is of a cultural and therefore holistic nature.
Beyond this great frontier, which is developing and will gradually take shape over the next few years, it is evident that today, above all, it is the agroecological thought that best interprets this trend and that, obviously, it is neither completed nor fully understood: we are only at the beginning of a long journey, first cultural and then scientific and technological.

Among the various inconsistencies related to the production cycle of farms, there is one that is worth underlining and that, in some way, all of them have in common and must change in all of them: that of the necessary powers and engines, to varying degrees, to successfully complete a production cycle that is agricultural, livestock or forestry.
The frontier is to avoid that any product, from organic to biodynamic, to name those currently most discussed, are produced with the help of engines that release the so-called particulate matter into the environment, soil and water (in addition to climate-altering emissions), that is the set of solid or liquid substances suspended in the air, which have dimensions ranging from a few nanometers to 100 µm and which largely come from the combustion of internal combustion engines and other combustion cycles.
In this regard, we remind you that particulate matter is dangerous for human health and other living beings. In particular, the International Agency for Research on Cancer (IARC) and the World Health Organization (WHO) have classified particulate matter as carcinogen, i.e. capable of causing tumors or favoring their onset and spread.
For this reason, it makes little sense to feed on organic products, or products obtained with other low environmental impact systems, if these are obtained in companies where the production and presence of particulate matter on food, as well as in the environment, reaches our tables.
For this reason, within the agroecological challenge, that of zero-emission farms cannot be missing, an objective that can be achieved if these units or cells of the ecosystems are able to produce renewable energy themselves (from photovoltaic, wind, etc.) .
In this sense, the Farm to Fork strategy must interact more broadly within the Green Deal and borrow the requirements of the 2030 Framework, which is the EU’s climate and energy strategy that includes political targets and objectives for the period from 2021 to 2030.
In detail, this strategy has the objective of gradual autonomy (until 2050) from fossil fuels and, among others, the conversion of engines from combustion engines to electric ones.
In this sense we are surprised that the National Energy Plan does not have a clear reference, if not broad principles, on the process of conversion towards zero emissions of farms, given that these in the Frame to Work represent the cells of the new sustainable fabric of Europe. of the future.
Obviously, for what has been said previously, the transition from the mechanistic culture to that linked largely to quantum mechanics (which moves on totally different postulates and paradigms) is not yet present in the political language and in the vision of things and we must work incessantly to literacy, especially our young people, towards a way of understanding reality that is no longer objective but global and dynamic.
The debate and the interests on the sector, of course, will appear, as usual, articulated and often conflicting but if we really want to synchronize with a true concept of sustainability we must put our hands, and in a concrete way, to a National Plan that takes into consideration and find solutions also of a fiscal and financial nature, so that the farms of the near future are, beyond the way of producing food, which obviously must be as compliant and respectful of the cycles and biorhythms of nature, zero cells emissions.
This would give us the certainty of nourishing ourselves again with natural products but would open, due to the great crisis in the agricultural sector (largely due to this erroneous production / market paradigm), a new frontier and prospect of a supplementary and highly desirable income.
To farmers, technicians and politicians their commitment to make this transition.