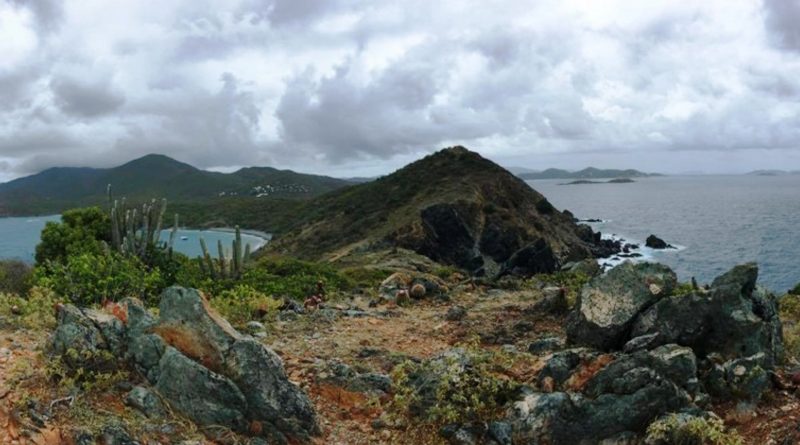 The Virgin Islands National Park, whose WDPA Code is: 342 is a national park located in the US Virgin Islands, a territory of the United States of America.
This park has a land area of ​​59 km² and includes over two thirds of the island of St. John and almost all of the island of Hassel. Much of the prehistoric past and over a hundred historical sites make up one of the most complete and undisturbed Caribbean landscapes.
In the Virgin Islands National Park, there are significant prehistoric sites on nearly every beach and in every bay.
These archaeological sites date back to the year 840 BC. C., until the arrival of Columbus in 1493. The first sites date back to the archaic period of the first nomadic hunter-gatherers, followed by the villages of the chiefs, then by the complex ceremonial sites. Each had their own cemetery. These sites have given us a greater understanding of the prehistory of the region, along with the religious and social development of the Taino people who welcomed Columbus. We now know more about ancient Caribbean rock carvings, because they were carved in specific areas – such as those found at Reef Bay – their purpose, religious significance, and how they reflected cultural development.
After the arrival of Columbus, the Virgin Islands became one of the first cultural melting pots, made up of people from all over the world. The Northern European powers competed for strategic and economic control. These brought slave workers from Africa to build plantation estates with large houses, warehouses, windmills and factories. In addition to hundreds of architectural remains of these plantations, there are at least two thousand sites where the houses (huts) and cemeteries of the enslaved workers exist.
For this reason, the Virgin Islands National Park is not just made up of beautiful beaches. The real attraction is of a historical nature which, as mentioned, is represented by the historical sites of the plantations to know an era in which sugar dominated the island.
Within the deep heart of the Reef Bay Valley lies one of St. John’s most important clues to a lost culture from the island’s past, the petroglyphs. This fascinating place is located at the base of the highest waterfall in the valley, surrounded by the lush tropical vegetation of the island. Here, mysterious faces are carved into the blue basalt rock of the waterfall. 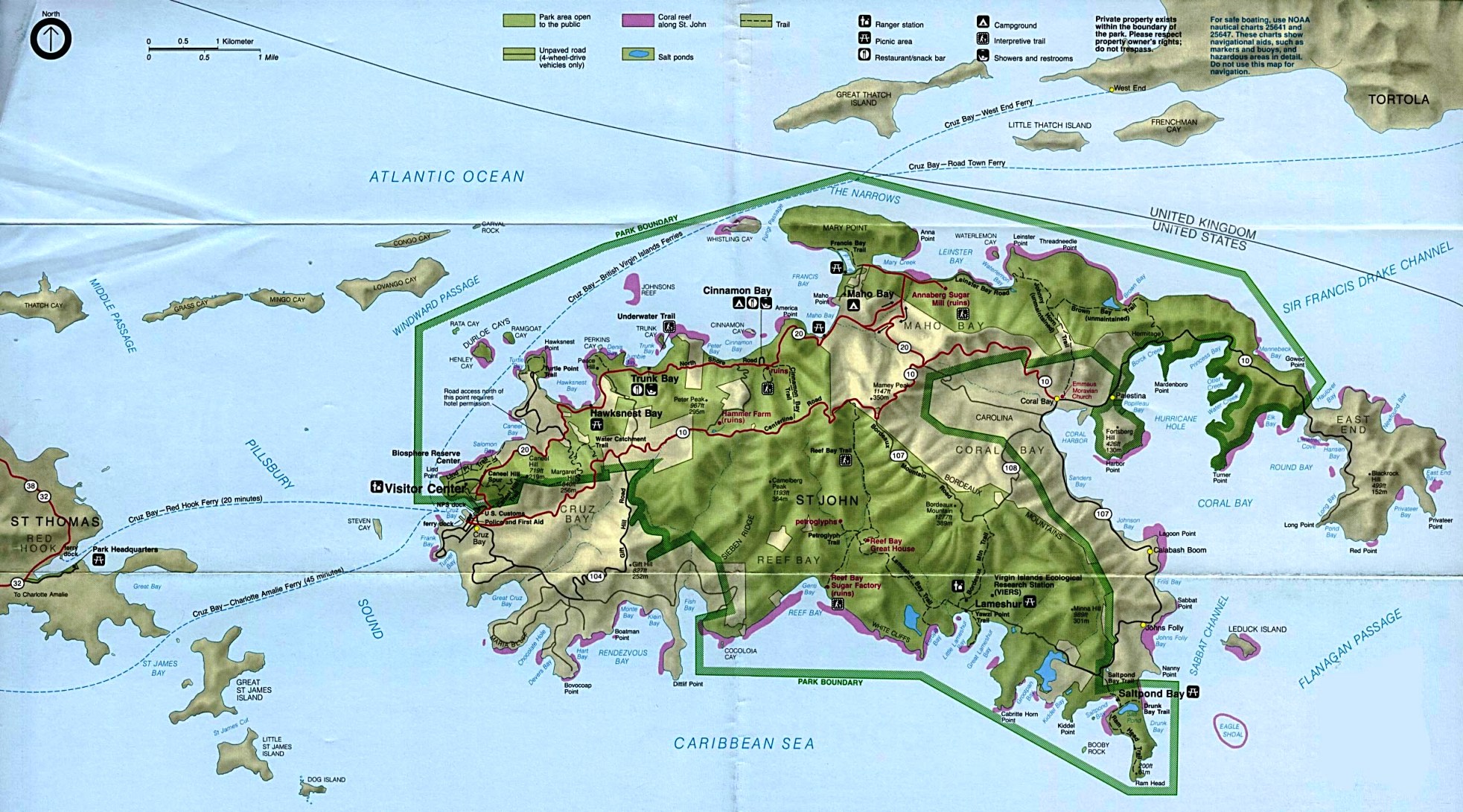 Flora –
From the peaks of the steep St. John’s mountains to mangrove beaches and shorelines to seaweed beds and algal plains, the Virgin Islands National Park protects an interesting and diverse variety of plant life.
Visitors can travel from humid forests to dry cactus bush in minutes, each landscape telling a different story of rainfall, human impact and slow natural change. Most of the vegetation on St. John today is reclaiming secondary forest with native and non-native species competing with each other for space. Coastal mangroves and algae support marine ecosystems. These plants stabilize the coasts and provide a vital habitat for fish and marine invertebrates.
In 1718 the Danes established the first European settlement in St. John, and people began clearing the land for plantation farming (mainly sugar cane and cotton), cutting timber, and introducing non-native plants and animals. As much as 90% of the original vegetation of the island was destroyed. Agriculture has changed the hydrology and composition of the soil.
In the mid-1800s, plantation agriculture declined and forest cover began returning to St. John. Small-scale production of charcoal and laurel rum (with leaves from the Pimenta racemosa tree) begins. Cattle grazing became more widespread. Introduced plants and animals compete and damage the recovering forest.
After the turn of the century and the US purchase of the islands in 1917, the land use on St. John changed again. People bought land to build holiday homes and tourism started to grow. Plants now compete with people for space to grow. Plants are also important for erosion control. Land development can lead to increased erosion and damage to marine ecosystems.
In 1956, Frank Stick and Laurance Rockefeller helped build and establish the Virgin Islands National Park to help preserve more than half of the island. Since then, the protected land area has grown to protect more than 2/3 of St. John, most recently with the purchase of the Maho Bay watershed in 2008 in partnership with the Trust for Public Land. These protected areas are critical to St. John’s reforestation.

Fauna –
The Virgin Islands National Park is rich in natural resources. There are 140 bird species, 302 fish species, 7 amphibian species, 22 mammal species and 740 plant species that inhabit the island. In addition, there are around 50 coral species and numerous sea fans and sponges that provide St. Johni residents and visitors with some of the best diving and observation in the world.
The only mammal native to St. John is the bat. Some bat species are important pollinators for many of the island’s flower species, as well as important seed dispersal agents for many species of fruit trees and shrubs. Other bat species consume large amounts of insects, including mosquitoes.
The actual St. John has many other species of animals that are not native to the island or even the tropics. These include: deer, goats, sheep, donkeys, cats, dogs, mongooses and pigs.
Visiting the Virgin Islands National Park you can meet many of these animals that roam the streets of San Giovanni. A recommendation, also made by the Park administration, is not to feed them or leave food where they can access it since human food is often harmful to their health.