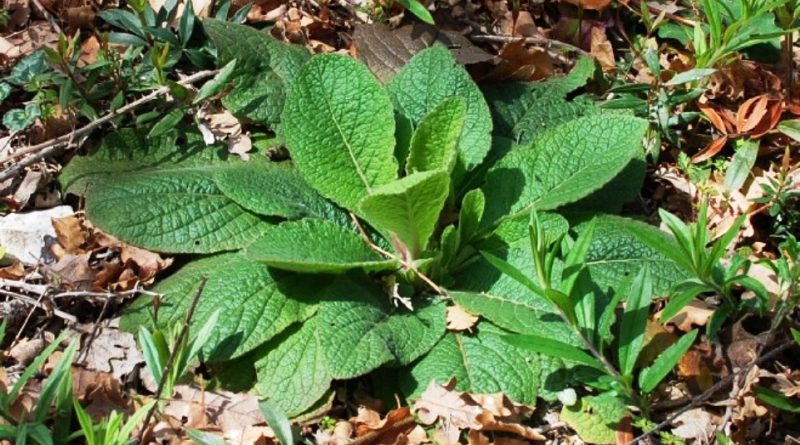 Etymology –
The term Pentanema comes from the Greek πέντε pénte cinque and from νῆμα néma filo, filament: reference to the pappus of some species of this genus, consisting of five elongated and thread-like scales.
The specific squarrosum epithet comes from squarrōsus covered with pustules or crusts: crusty, mothy.

Geographic Distribution and Habitat –
Ploughman’s Spikenard is a plant with an area of ​​Middle European origin and the western part of the Asian continent but also North African.
In Italy it is common everywhere, it is also present in the Italian Alps that cross the border. On the various European mountains it is found everywhere except the Dinaric Alps.
Its habitat is that of deciduous forests, uncultivated areas and hedges; but also the clearings, forest cuts, herbaceous margins, shrubs, peaty places, pine forests, juniper, hornbeam, oak, chestnut and birch groves. The preferred substrate is calcareous with basic pH, low nutritional values ​​of the soil which must be on average dry where it grows in the altitude range between 0 and 1350 meters above sea level. 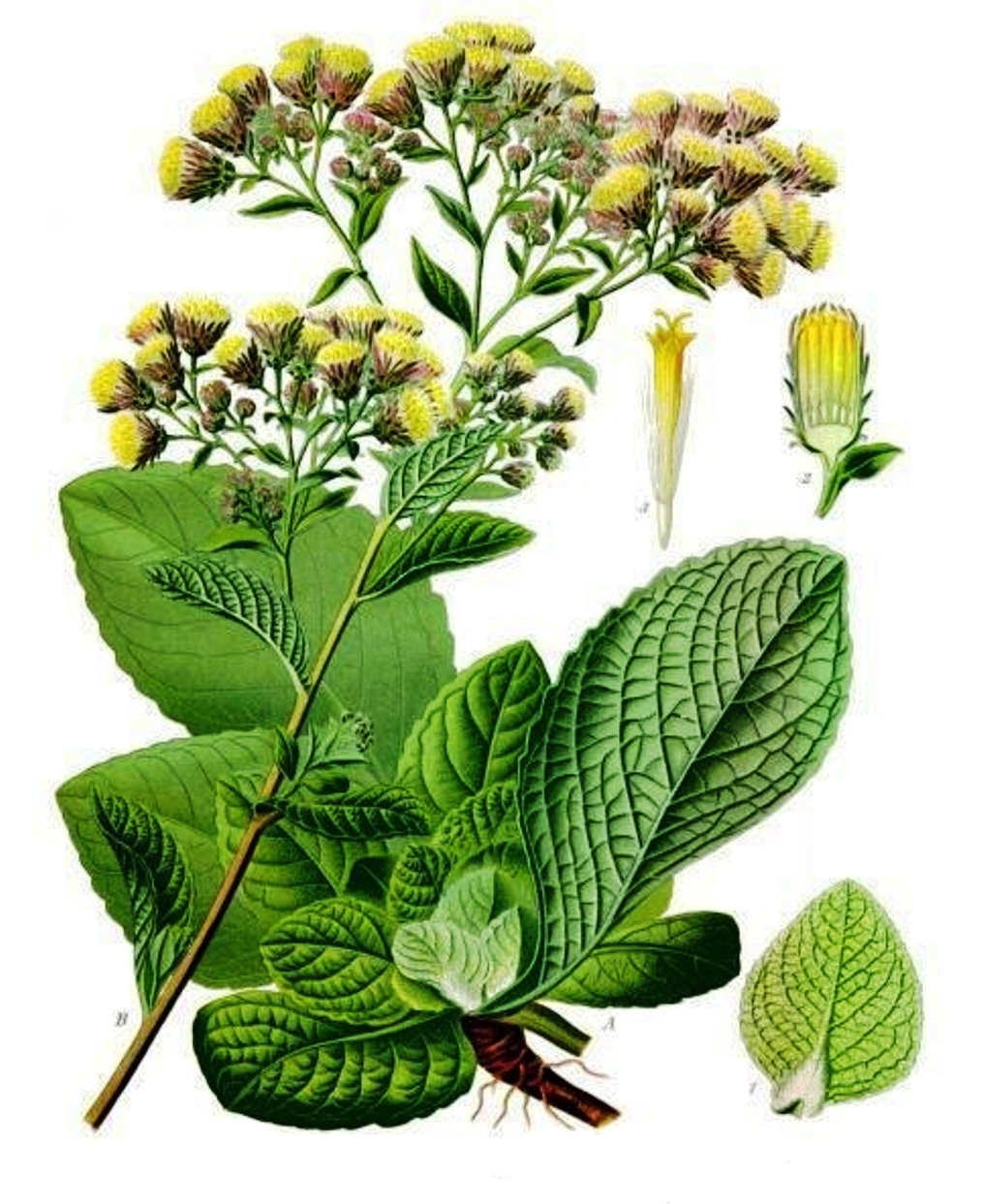 Description –
Pentanema squarrosum is a biennial or perennial herbaceous plant, 50-120 cm tall, covered with dense hair and scattered glands, with solid, erect, often purple stems, branched at the top.
The leaves are alternate, oblong-lanceolate or elliptic-lanceolate, whole or denticulated, with prominent veins, green and rough on the upper side, hairy and greyish on the lower one; the basal ones are carried by a 2-4 cm petiole, the smaller caulins are sessile not embracing the stem.
The inflorescences are formed by corymbs composed of numerous 1 cm calathidia, with cylindrical receptacle externally covered by green scaly involucral bracts, bordered at the top by reddish brown, the lower ones folded outwards, the upper glandular.
The flowers are fragrant, yellowish in color, the peripheral ones, male with little or no developed ligule, the inner ones tubular, hermaphroditic.
The flowering period is from July to October.
The fruits are cylindrical cypseles, brown, ribbed, sparsely pubescent, 2,5 mm long, with pappus of toothed, white, 6-7 mm long bristles arranged in a single row.

Cultivation –
Elecampane is a plant that grows spontaneously but can be easily grown in the garden.
For a good growth these plants must be placed in well sunny areas on medium-heavy soils (clayey) but well drained. The basal leaves form a rosette of about 30 cm in diameter thus destroying all the underlying grass.
The plant can be propagated by seed with sowing in spring or autumn in a cold greenhouse. Later when the seedlings are large enough to be handled, they can be transplanted into individual pots or in the open field in the early summer period.

Customs and Traditions –
Pentanema squarrosum is a plant of which all parts are pleasantly aromatic.
This plant is antiscrofulatic, emmenagogue and vulnerary.
At one time the plant was considered a good herb for wounds and was often taken as a decoction for bruises, breaks, internal wounds, etc.
Furthermore, externally, it was used for itchy skin conditions.
The root was burned on the fire to perfume home environments.
The leaves are burned and used as an insecticide and pesticide, especially against fleas.
Palladius writes in his treatise “De re rustica” that the ancient Greeks used to spread this dry plant on grain deposits to ward off mice.

Preparation Method –
The Ploughman’s Spikenard is used both to prepare decoctions and for external use.
It is also used as incense and for its aromaticity against insects and parasites.