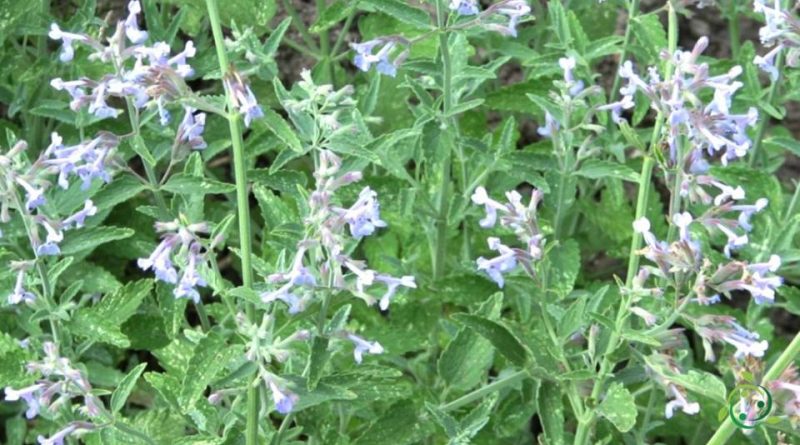 The nepetella or lesser gattaia (Nepeta nepetella L., 1759) is a small herbaceous aromatic perennial plant of the Lamiaceae family.
This species is native to Mediterranean Europe. In Italy it is not very widespread in the spontaneous state.
This plant is used both in the food and in the medicinal field and can be grown both in the ground and in pots.
For the details of the cultivation technique, refer to the specific sheet while here we will describe the methods of propagation considering that this plant can be reproduced both by gamic (seed) and agamic (tufts).
It should also be remembered that Nepeta nepetella prefers temperate climates; it is a plant that resists both high temperatures and harsh winters well, being able to withstand thermal values ​​of a few degrees below zero.
It also prefers completely sunny exposures, even if it grows well even in partially shaded areas.
As for the nature of the soils, nepetella prefers loose, dry, fertile, slightly calcareous and well-drained soils, but it also grows well on arid and stony soils. Instead, it finds it difficult to grow in compact soils as they are subject to water stagnation.
It should also be considered that the production of essential oil is higher if the soil is not very humid.

Propagation by seed –
In the multiplication by seed, Nepeta nepetella can be sown directly in the open ground at the end of spring or in seedbeds during the winter; in the first case the times of germination are rather long.
When the seedlings in the seedbed have reached a height of around 6-8 cm, they are ready for transplanting which must be carried out in the spring.

Propagation by division of tufts –
In this multiplication technique, small portions of rhizome, provided with at least one bud, are taken and separated. These portions must be immediately planted in the nursery in order to obtain seedlings ready to be transplanted. It is advisable immediately after transplanting to shade the seedlings for some time to allow easier rooting.
A technique used, obviously for a few plants, is to root the tufts beforehand in a container of water and then place the plants directly in pots or in the open field.

Collection and storage –
The leaves of the nepetella are collected in the period of the beginning of flowering; these can be eaten fresh or dried in a shady and ventilated place. It is advisable to keep them away from light and dry.