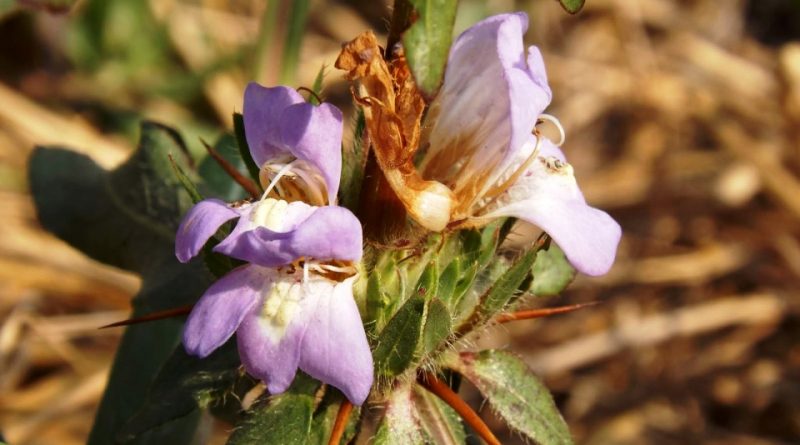 The Shoolmordon or Kulekhara or Talmakhna (Hygrophila auriculata (Schumach.) Heine) is a herbaceous species belonging to the Acanthaceae family.

Etymology –
The term Hygrophila comes from the Greek ὐγρόϛ hygrόs humid and from φίλος phílos friend: which prefers humid environments.
The specific auricular epithet comes from auricula orecchietta, a diminutive of auris ear.

Geographic Distribution and Habitat –
Hygrophila auriculata is a herbaceous and medicinal plant native to tropical Asia and Africa.
The plant is widespread in tropical Africa; across Asia to Myanmar, Thailand, Cambodia, Laos, Vietnam and Malaysia.
Its habitat is that of humid places, often brackish, coasts, estuaries. In Tanzania it is found at altitudes on average between 900 and 2,100 meters. 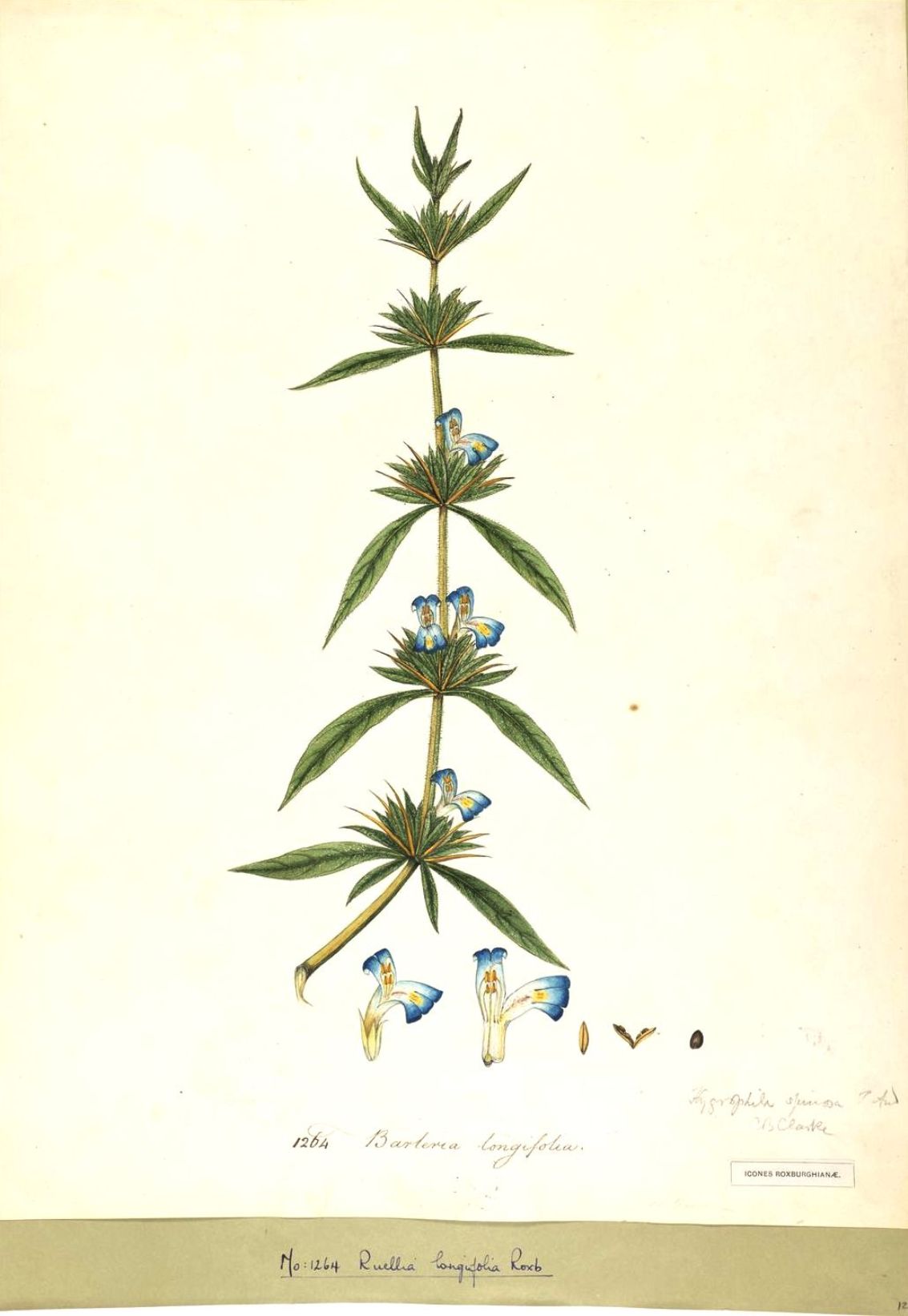 Description –
Hygrophila auricolata is a robust, thorny herbaceous plant, with a straight stem, which grows up to 150 cm, branched or unbranched, also from time to time the basal part of the stem is creeping.
The leaves are lanceolate, subsessile, acute at both ends with long whitish hairs, dense with straight, sturdy spines growing from each node. The outer leaves are longer than the inner ones. Both the leaves and the thorns remain upwards.
The flowers are present in axillary eddies are bright purple or bluish purple and red, sometimes whitish with soft and minor hairs, 2-lipped corolla.
The antesis is in the winter period.
The fruits are capsules with 4-8 seeds. The seeds are ovoid.

Cultivation –
Hygrophila auricolata is a plant that is harvested in the wild for local use as a food and medicine.
This plant is grown in water beds in West Africa both as a vegetable and for the vegetable salt it can produce and is sold as a vegetable in local Sri Lankan markets.
In Tanzania it grows in areas where the average annual rainfall is between 700 and 1,600 mm; it thrives in yellowish sediments and in some soils.
The plant has prickly thorns and is considered a serious grassland pest in some areas.
The plant propagates by seed.

Customs and Traditions –
Hygrophila auriculata is a plant that has various names; in Sanskrit: gokaṇṭa, Bangla (বাংলা নাম): kulekhara (কুলেখাড়া) kokilākṣa); in India it is commonly known as kokilaksha or gokulakanta, in Sri Lanka as neeramulli, in Kerala it is called vayalchulli (വയൽച്ചുളളി), in Tamil it is called Neermulli (நீர்முள்ளி). Other names are: Kulekkha, Kuiley-rekha, Kanta kalika, Shoolmordon.
The plant contains alkaloids, phytosterols, stigmasterol, lupeol and essential oils. Its seeds contain oil, enzymes and sterols. The plant is refreshing and diuretic in case of hepatic obstruction, dropsy, rheumatism and diseases of the genitourinary tract. The seeds are emollient, diuretic and possibly tonic. Its root, leaves and seeds are used in gonorrhea, jaundice, rheumatic pain and urinary problems.
In Ayurvedic medicine, its seeds, roots and panchang (pancha = five and ang = parts, i.e. root, flowers, stem, fruit and leaves as ash burned together) are used as medicines.
This plant is very popular as a medicinal plant in Bangladesh and the Indian subcontinent.
The plant is used as a vegetable. The young leaves are chopped and cooked on their own, or combined with other vegetables such as peas or amaranth. Coconut milk or peanut paste is then added and the dish is served with a staple such as rice.
A vegetable salt is obtained from the ashes of the plant.
Root essential oil has been found to have bacteriostatic action against both gram positive and gram negative organisms.
This plant is used, together with another plant, identified only as kisâdor, to induce menstruation, particularly in young mothers when weaning a baby.
People with a fever are bathed in water in which the leaves have been boiled.
The leaves and stems are burned and the smoke is used for fumigation of the eyes in order to treat corneal ulcers.

Preparation Method –
The leaves, roots, seeds and ashes of Hygrophila auriculata are used for food and medicinal use.
The plant is used as a vegetable and the young leaves are chopped and cooked on their own, or combined with other vegetables such as peas or amaranth. Coconut milk or peanut paste is then added to this preparation and the dish is served with a staple such as rice.
Furthermore, a vegetable salt is obtained from the ashes of the plant.