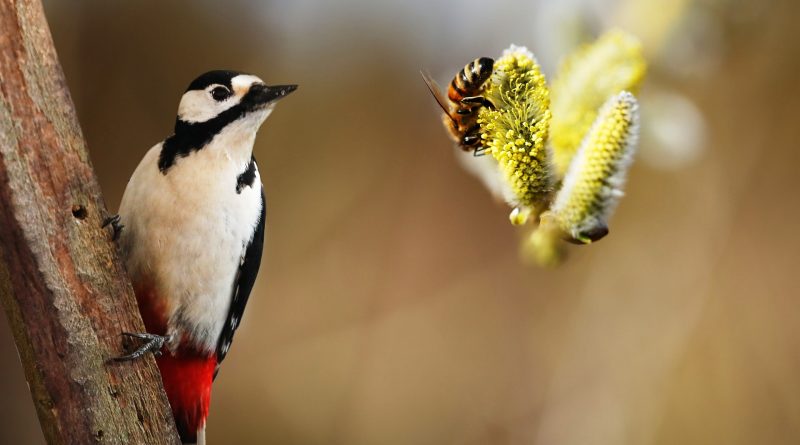 That the bee population around the world is decreasing is now confirmed by many studies and researches, especially in relation to the use of some biocides such as neonicotinoids.
Among other things, a study published in the journal One Earth confirmed that in recent decades the number of bee species detected in nature has decreased globally. The sharpest decline occurred between 2006 and 2015, with around 25% fewer species identified.
The study shows a decline in species surveys on all continents except Australia where, however, there is a comparative shortage.
But what are the causes of this phenomenon?
The summary findings of the study are that, during the second half of the last century, a global agricultural boom and unorthodox production patterns led to habitat loss and the widespread use of biocides that exterminated many of the plants on which bees relied. for their own nourishment. In addition, the increase in temperatures has forced some species of bees to leave their native range or even killed them.
A further cause of this decline was the introduction of allochthonous bees for the pollination of particular agricultural crops, with the consequent possible introduction of related pathogens, and of “pandemics among insects”.
So far everything is already well known, so much so that in recent times even the most distracted public opinion is aware of the dangerous effects of the decrease in bees.
We recall that bees provide the important pollinating function of many species, of which a large percentage is represented by agricultural species.
As usual, however, as happens for many issues related to modern environmental and ecological issues, a problem is often represented by leaving out the larger and more complex scenario and, in some ways, much more disturbing.
The great collapse of the population of this species of insects (Apis, Linnaeus, 1758) or of other hymenoptera, such as those of the Halictidae family, where the decrease has reached 41% due to lack of species, is neither an isolated nor a rare event.
We are facing a generalized phenomenon that entomologists have baptized with the term “windshield phenomenon”. That is, a progressive disappearance of insects recorded through the sharp decrease, especially in the summer months, of insects that stick to the car windshield. According to studies published in Biological Conservation, this extermination marches at an annual rate of 2.5 percent, but this is an absolutely approximate number. 40 percent of known insect species are in constant decline, one third of the species are critically endangered. And it is no coincidence that in the UN 2030 Agenda for Sustainable Development, the goal number 15 appears as the goal of “Protecting, restoring and promoting sustainable use of the earth’s ecosystem”.
In detail, in 2014, the journal Science tried to quantify the decline by calculating a summary of the results of several scientific studies already completed: the result, for some monitored species, was a drop of 45 percent. More specific and circumscribed researches have given even more alarming numbers. For example, the number of flying insects in German nature reserves has fallen by 75 percent in the last quarter of a century. In the last twenty years, the population of monarch butterflies in the United States has decreased by 90 percent, with a loss of about 900 million individuals. In England, 58 per cent of butterflies in cultivated fields disappeared in less than ten years, from 2,000 to 2009. 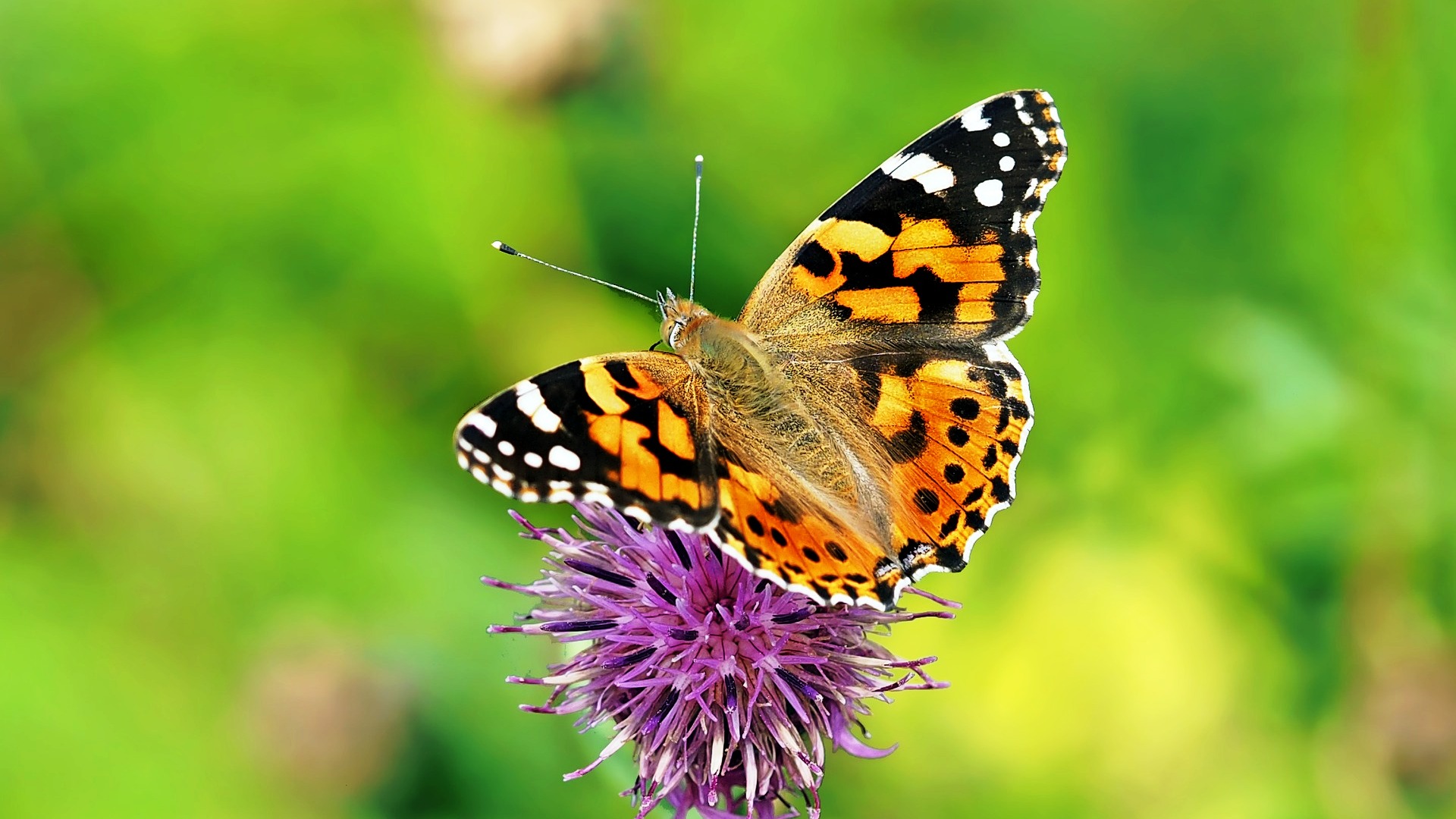 In this regard, we recall that many of the 20,000 species of existing insects pollinate 85% of food and fruit crops around the world: everything from garlic to grapefruit, from coffee to cabbage.
Not only that, insects perform multiple functions: from the fertility of the soils, with their activity and the contribution of organic matter, to an important source of food for many species of animals, such as birds, frogs, lizards, squirrels, foxes, bats.
As it happens, in the last half century the number of birds present in Europe, Canada and the United States has decreased by 3 billion, with a loss of specimens equal to 29%. This data comes to us, among others, from another scientific contribution that appeared in 2019 in the specialized journal Science.
The authors of the study looked at data on 529 bird species, accounting for more than 90% of the entire bird population in the area, drawing on censuses carried out in recent decades by the North American Breeding Bird Survey, the International Shorebird Survey and from Audubon’s Christmas Bird Count.
Scientists expected that populations of rarer species had decreased over the last few decades, but that these losses were offset by the increase in common specimens including sparrows, finches, robins and blackbirds, which are more resistant than rare species.
In fact, the team of researchers found that among the 31 most common bird species since 1970, 700 million adults have disappeared, registering a loss of specimens equal to 53%, so much so that it can be stated that: “When you lose a common species, the ‘impact is much more severe on the ecosystem, ”commented Gerardo Ceballos, an ecologist and conservation biologist at the National Autonomous University of Mexico.
The same reasoning and very similar data are being found on most of both terrestrial and marine species leading to a single response: we are destroying at an impressive speed (for geological and ecological times) the planetary biodiversity which, like the cells of a large living organism, it is perfectly and totally interconnected and dependent.
Under accusation, obviously more factors, but there is one above all that then largely unites them.
In food production we have changed the biocoenoses *, their equilibrium and their relationships. This new condition has led to a change in the relationship between some species (such as, for example, insects or non-cultivated plants) and consequent proliferation of populations (which we define with the unscientific term of infestations). To remedy these infestations, various biocides are then used (pesticides, herbicides, etc.), further aggravating the delicate eco-systemic balance.
At the center of the responsibilities (although not the only one) there is obviously a model of food production that is ancient, and which with its spread has considerably reduced planetary biodiversity but also food diversity if we consider that today in the world there is we feed on very few species and often with a low genetic variability within them.
This information also comes from a report released in 2019 by FAO, the Food and Agriculture Organization of the United Nations, which in the State of the World’s Biodiversity for Food and Agriculture; the report, based on data collected in 91 different countries, took stock of the diversity of plants, animals and other organisms (wild or domesticated) that provide humans with food, fiber and fuel.
The alarming fact is that, although about 6000 species of cultivable plants are known, those actually used in food production are about 200, and 66% of global agricultural production consists of only nine species (sugar cane, rice, corn, wheat, potato, soy, the fruit of the oil palm, sugar beet, cassava). It is no different for animal proteins: if the species mainly bred are about forty, there are few on which we count for meat, milk and eggs.
To conclude, it is evident that the wrong ecological organization of most of the companies on the planet has caused a domino effect, the cause of a series of relapses and a vicious circle from which one cannot escape unless the system of production systems is re-established. more efficient (from a thermodynamic and energy efficiency point of view) such as that of Agroecology.
In Europe, the Farm to Work of 2020 indicated this path but it is necessary that in this matter the agendas of the various Governments allow the draft laws on Agroecological matters a privileged and preferential lane, in short, an urgent procedure, which allows the transposition and ‘application of new norms and new visions within a few months.
Each lost month is a false step towards a chasm from which we risk never getting out.

* In ecology, the term biocenosis (or community) derives from the Greek words βίος (bíos = life) and κοινός (koinós = common) and indicates the community of species of an ecosystem that lives in a specific environment, or, better, in a determined biotope (from the Greek βίος = life and τόπος = place), that is an area in which the physical-chemical and environmental conditions are constant. The biotope, due to its characteristics, can be defined as the fundamental unit of the environment. The ecosystem is therefore made up of a biocenosis and a biotope.