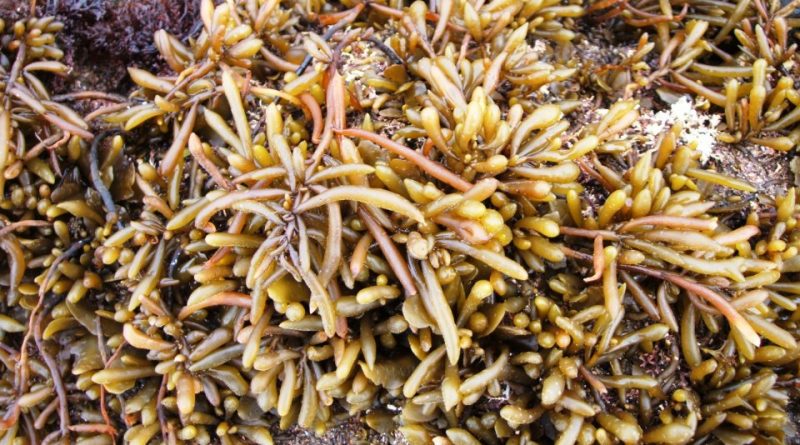 Etymology –
The term Sargassum comes from the Spanish sarga willow, to which algae belonging to this genus were compared for the flexibility of their fronds.
The specific fusiform epithet comes from fusus fused and figure shape, appearance: spindle-shaped, tapered.

Geographic Distribution and Habitat –
Sargassum fusiforme is a brown algae found in various seas and oceans, especially in the Far East, where their bushy plants line the rocks just below the water level.
Its habitat is that of reef areas moderately exposed to waves where it grows at greater depths than other algae. 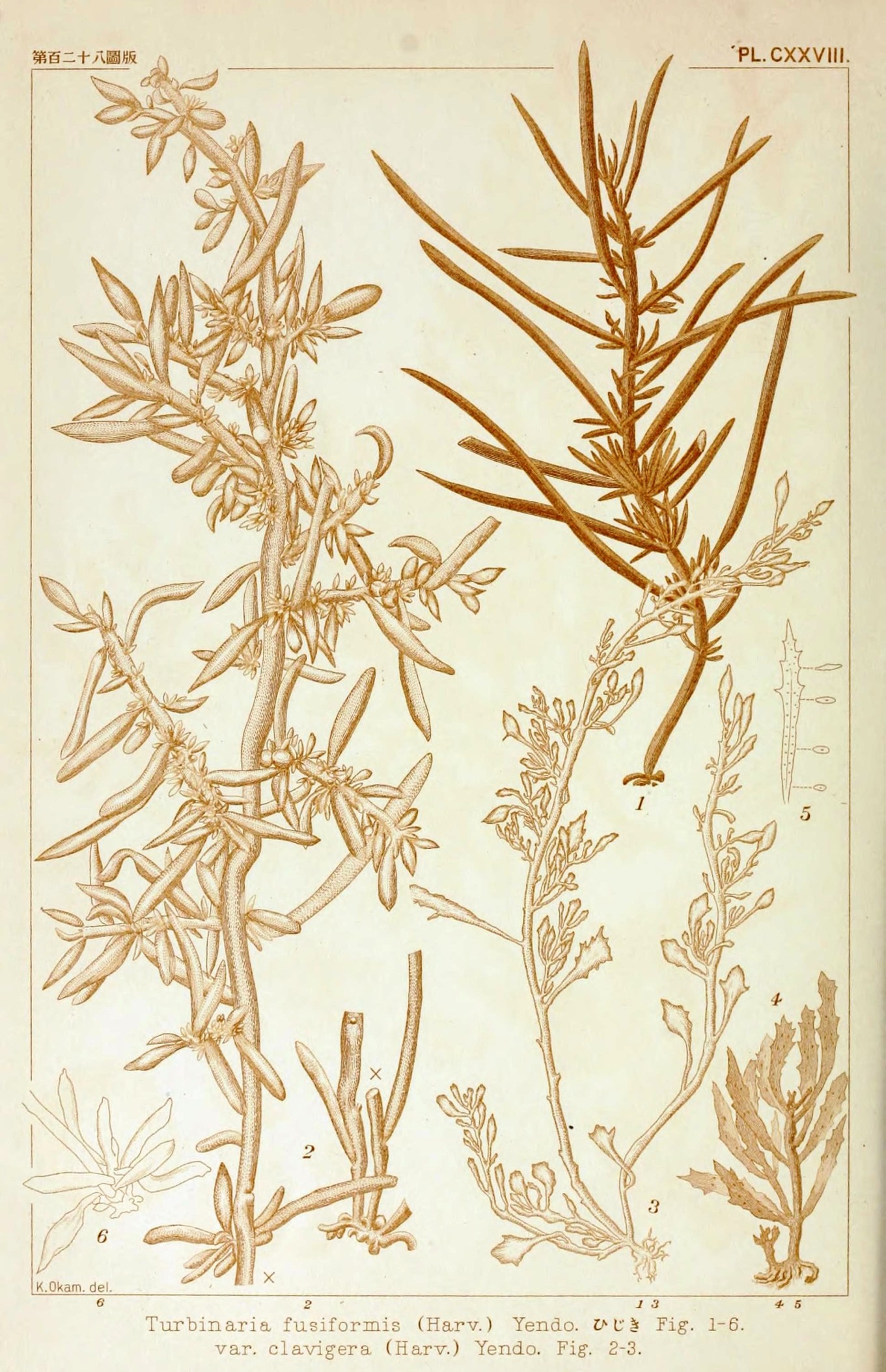 Description –
Sargassum fusiforme is a brown alga with almost cylindrical leaves that resemble tree branches;
The thallus of this alga takes on a filiform, cylindrical appearance, with a color that can reach almost black.

Cultivation –
Sargassum fusiforme is an algae that grows in areas with more moderate wave motion and at greater depths than other algae.
Biomass production is affected by wave motion, being greater in less agitated water conditions.
The harvest takes place between January and May; the tenderest and tastiest sprouts are those that grow first and are harvested at the beginning of the season, in January and February.
After harvesting, they are boiled in large tanks full of algae washing water for several hours, becoming more tender and absorbing the concentrated pigment in the boiling water; they are then dried, selected and packaged for sale.

Customs and Traditions –
Sargassum fusiforme is an alga known by various names.
In China it takes the names of: Hai tso, Chiau tsai, Hai ti tun, Hai toe din, Hai tsao, Hoi tsou;
in Japan by: Hijiki and in Korean by: Nongmichae.
It is a brown seaweed that has the highest content of minerals and trace elements (34%).
It is very rich in minerals and calcium: one hundred grams of dried S. fusiforme contain more than 1,400 mg of calcium, much more than milk, which contains only 100. In these algae the most important minerals are abundantly present, as well as trace elements, which they have the function of toning the body and purifying the blood, keeping the glycemic level constant.
Sargassum fusiforme is a regenerating algae par excellence: it heals, strengthens, facilitates the lowering of cholesterol, prevents tooth decay, limits white hair, is recommended during pregnancy and in very small quantities for children.
It is also an algae used since ancient times, in small quantities, in southern Chinese, Korean and Japanese cuisines, where they are known for enhancing beauty and making hair strong, shiny and elastic.
This seaweed should be consumed in small quantities.
It is said that the Japanese owe their characteristic hair to the regular consumption of this alga which is reflected on their hair, which is shiny, shiny, strong, elastic and turns white very late.
It should also be highlighted its action on nails and bones and its high iron content. It is recommended in cases of anemia. In addition to nutrition, it is also used for blood circulation problems and to strengthen all its vessels.
Traditional medicine stated that these algae resemble hair and capillaries in shape, thus confirming their indubitable effect on them, on veins, arteries and precisely on the capillaries. It was associated with the kidney-urinary bladder organ system. Its mineral wealth confirms this choice, as minerals are the staple food of the kidneys.
Since seaweed contains inorganic arsenic, it is preferable not to abuse it and limit its consumption to no more than three times a week and no more than 4.5 g at a time.

Preparation Method –
After harvesting, the Hijiki are boiled in large tanks full of algae washing water for several hours, becoming more tender and absorbing the concentrated pigment in the boiling water; they are then dried, selected and packaged for sale. When they are soaked they expand considerably, increasing their volume by five times; they harmonize well with the oil, so they generally blow up. They require a longer cooking time than most other seaweeds, sweeten when cooked with onions and combine very well with root vegetables. The soaking is best done in a container, covering and stirring them, then pass into another container repeating the operation with new water; soaking water can be used for cooking.