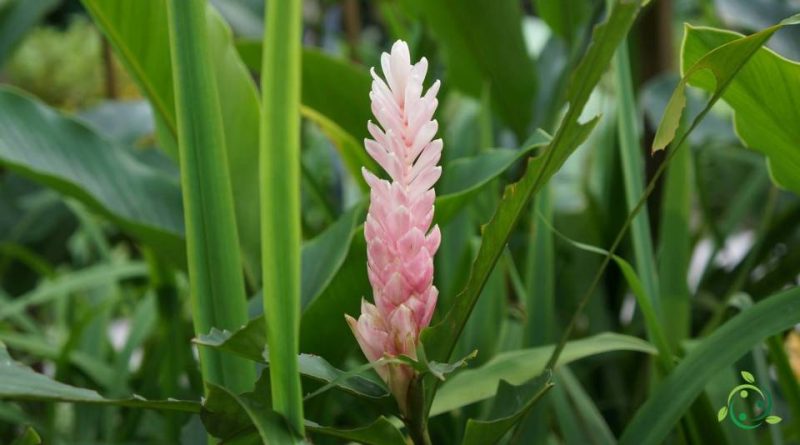 How Ginger is grown

Ginger (Zingiber officinale Roscoe, 1807) is a herbaceous plant of the Zingiberaceae family native to the Far East.
This plant is now grown throughout the tropical and subtropical belt. China and India are the largest producers of ginger.
Ginger, in Italy, can be grown both in the open ground but only in regions with a milder climate, or in pots with a minimum size of 30 cm for each rhizome.
Ginger is, in fact, provided with a fleshy and densely branched rhizome from which both long sterile and hollow stems, formed by sheathing lanceolate leaves, and short fertile scapes, bearing yellow-greenish flowers with purple spots depart.
This plant has a rather long vegetative cycle that begins in spring and ends in autumn and develops slowly, first emitting the leaves, then the white flowers and finally the small capsule-shaped fruits.

Cultivation –
For the cultivation of the ginger plant it is necessary, at least in the open field, that the temperature does not drop below 15 ° C, under which the plant suffers and ends its vegetative cycle. Ginger, on the other hand, tolerates temperatures above 40 ° C well.
If you plan to grow it in pots, it should be stored in a warm greenhouse or at home from the end of September to the end of April as described in the following sheet.
This plant also needs a sunny or, at most, partial shade exposure.
Especially for open field cultivation, where we cannot greatly modify the pedological characteristics, it is necessary to choose a loose, deep, rich in organic substance and very well drained; moreover, calcareous and compact soils where the plant would manifest various problems should not be considered.
The propagation of ginger occurs through rhizomes; these must be taken from a plant that is at least 3 years old and that already has “eyes”, or hints of well-developed buds.
In the event that these buds have not yet produced, their emission can be stimulated by leaving the rhizomes in water for 12 hours before sowing.
The sowing period, in southern Italy, takes place in spring, when ambient temperatures are at least 15 ° C.
We proceed by burying the rhizomes at a depth of about 5 – 7 cm deep, with the buds facing upwards.
Between one rhizome and another, it is recommended to leave a distance of at least 20-25 cm.

Soil tillage –
After planting, in the period from spring to autumn, the soil must be kept clear of spontaneous herbs. We intervene with hoeing but avoiding getting too close to the plants in order not to risk injuring the rhizomes that are developing underground.

Irrigation –
Ginger is a plant that benefits greatly from the irrigation regime without ever exceeding; in addition, the soil moisture can be integrated with a fertigation system based on diluted nettle macerate, which provides macro and microelements.
Furthermore, to obtain a higher quality product, irrigation supplies must be suspended approximately one month before harvesting.

Disease prevention –
To obtain a better health status of ginger it is advisable to cultivate ginger by not returning it to the same plot, unless after 3-4 years, and to never irrigate by sprinkling but only under the foliage. Furthermore, do not fertilize with nitric nitrogen but only with well humified organic substances to be replanted.

Use of the plant –
Ginger is a plant used both in cooking and for medicinal purposes.
There are different forms of ginger root on the market depending on the presence or absence of the cortical layer (peel) of the same root. The skinned form is produced in Jamaica and is called White Ginger, the peeled form is called Black Ginger and comes mainly from China and Sierra Leone.
In the kitchen, shoots, leaves and inflorescences are used and eaten raw or cooked.
It goes well with meat and game and fish, shellfish and to prepare dry desserts; it is used to flavor drinks (ginger), sauces (curry).
Among the therapeutic properties are mentioned: stomachic, carminative, tonic-stimulant, antiseptic; vitaminizing (has a high content of vitamin C).