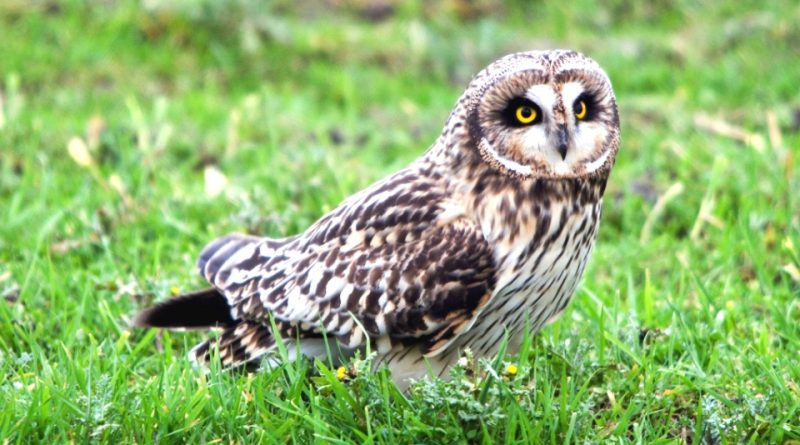 The short-eared owl (Asio flammeus Pontoppidan, 1763) is a bird belonging to the Strigidae family.

Geographic Distribution and Habitat –
The Short-eared Owl is a bird that, with its subspecies, is present in Europe, North America and in a part of Asia.
In Europe it is present from Scandinavia to the coasts of the Mediterranean Sea; then we find it in northern Africa, Asia (from Russia to India and Indochina), Canada, USA, throughout central-western South America, in Hawaii, in the Caribbean and in the Galapagos Islands.
It is present in Italy where it returned to nest in 2018.
Its habitat is that of marshy areas, plains, moors, moors and open areas. 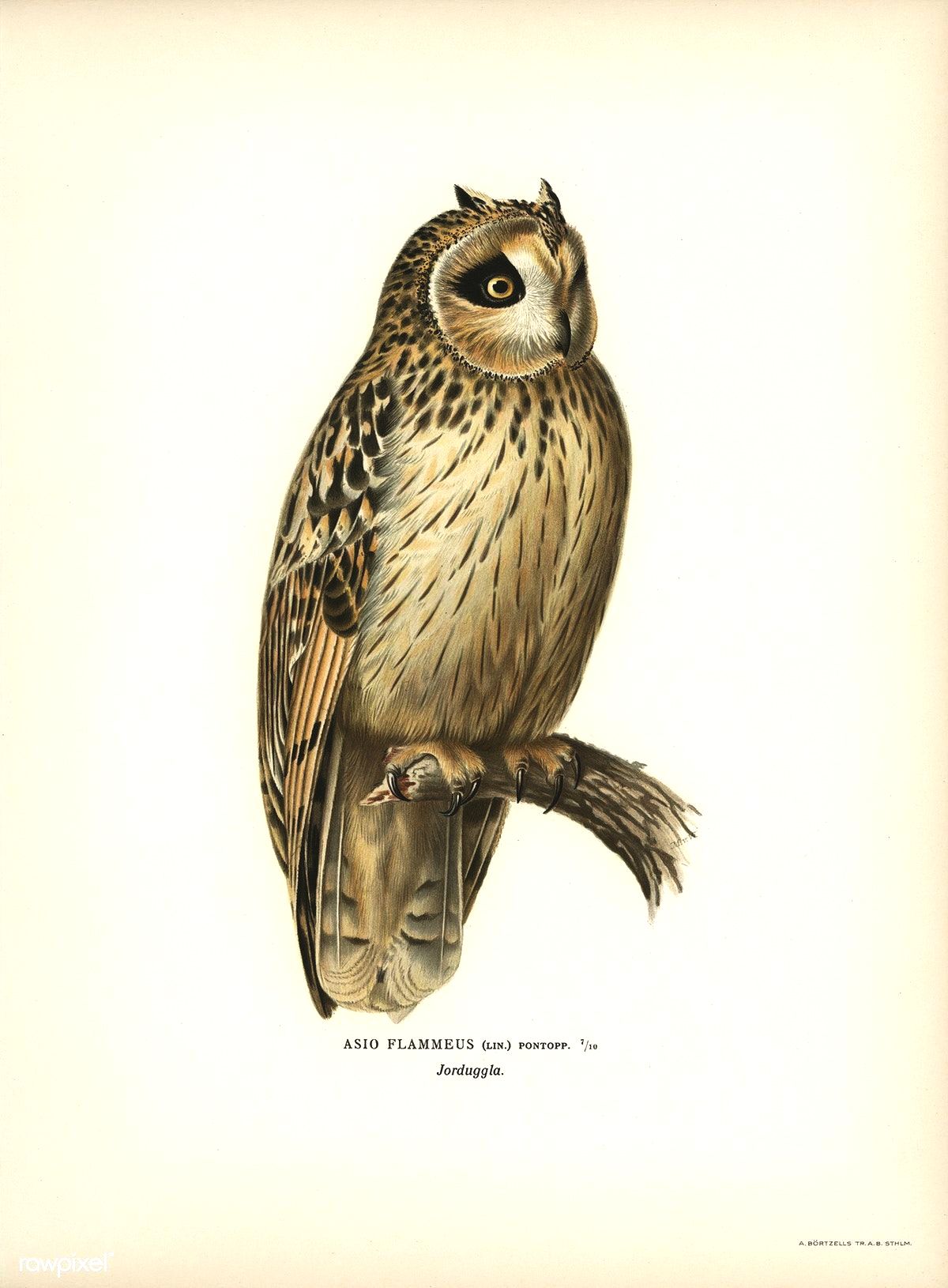 Description –
The Asio flammeus is recognized for its very light yellowish brown plumage, and for the very short ear tufts and with a body length of about 37 cm and a weight between 200 g and 500 g.
On the face are evident the white circular border and the black spot that surrounds the yellow eyes.
On the back it has a light tawny plumage color alternating with almost black spots; the lower parts are light with dark streaks on the neck and two horizontal bands on the tip of the tail.
the beak is dark, very hooked and robust.
In flight the wings are long and very similar to those of a hawk, with which it is often confused; the color tends to white with a large black spot on the tips.
The babies have a cream color with a black face mask and white mustaches.
The verse is a delicate, low-toned sound but is rarely heard. On the other hand, it manages to produce an intense sound, audible from a great distance, rapidly beating its wings under the body.

Biology –
The male of the short-eared owl during the nuptial flight emits frequently repeated “bu bu bu”, accompanied during the swoops by a loud noise of wings.
The female builds a nest which is a hole dug in the grass in open areas, cultivated fields, moors or plains. Rare case among the strigiformes, the female sometimes builds a real nest inside the pit, accumulating twigs and dry grass.
Here she lays 3-14 (usually 4-7) eggs depending on the availability of food. The female incubates the eggs for a period of about 20 days while she is fed by the male, who hunts for the family even after the eggs hatch.
The nidacea are able to fly around 30 days of age.

Ecological Role –
The short-eared owl is a mainly solitary species except in the winter period when, with the arrival of the snow, it perches in a group on the trees in order not to lose heat. The rest of the year rests on the ground. It is a partial migrant, it moves in March-April and September-November.
It is, moreover, especially in the northernmost areas of its range, a partial migrant. It moves in groups to reach new hunting places when the resources of its territory are lacking. It also moves when it discovers an area richer in food, although there is no shortage in its own.
It has diurnal and crepuscular habits and therefore hunts in a different way than the other Strigiformes.
Its diet consists mainly of small rodents, in particular voles of the genus Microtus but it can also feed on small rabbits, birds and reptiles. It captures its prey by flying over the ground and seizing them with small swoops in the uncultivated herbaceous or in any case in open spaces and not wooded.
Moreover, when hunting, it has a slow flight, not very beaten, flapping its wings slowly without risking stalling, with the same technique adopted by butterflies.
According to the IUCN Red List, it classifies Asio flammeus as a low-risk species (Least Concern) in the Mediterranean areas while it is listed as decreasing in the southern part of its range in the United States but common in the northern part of its breeding range. It is also listed as Endangered in New Mexico.