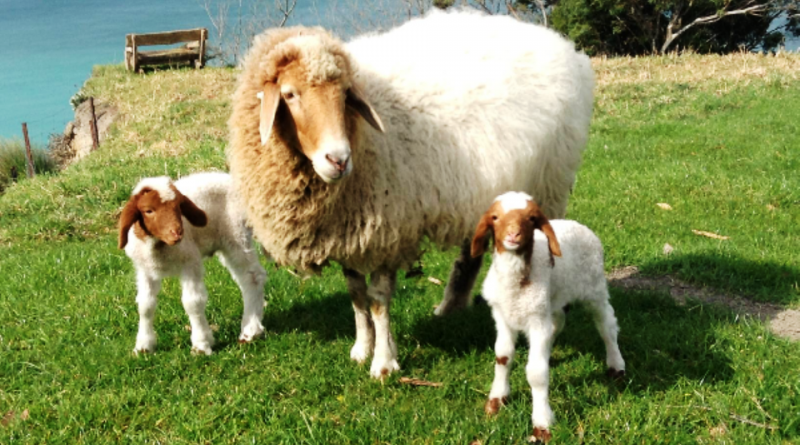 The Awassi is a sheep breed (Ovis Linnaeus, 1758) originally from the Middle East with an aptitude for milk production.

Geographic and Area Distribution –
The Awassi is a nomadic sheep breed originating from Asia Minor and the Middle East, belonging to the group of sheep with caudal lipoma.
The Awassi is the most common sheep breed in the Arab world. Its distribution range includes most of the countries of the Middle East, including Saudi Arabia, Jordan, Iraq, Syria, Lebanon, Israel, Palestine and Egypt. It is an extremely rustic breed, well adapted over the centuries of use to nomadic and more sedentary rural management.

Origins and History –
The Awassi sheep is a large-sized nomadic breed that, through centuries of selective and natural breeding, has become the most widespread dairy breed in the Middle East. The Near Eastern Awassi breed has a fat type tail where it stores fat.
Awassi can be reared in a wide range of production systems, from nomadic flocks that rely on natural grazing in semi-arid areas where lamb production is the primary product, to intensively farmed flocks where milk and lambs contribute almost. in equal measure to the gross income of the flock; it is also known for its robustness and adaptability.

Morphology –
The Awassi sheep is a large breed with an open type fleece, white color with coarse fibers. Red color on the head (sometimes with white spots), occasionally on the limbs. Presence of horns in males. Caudal lipoma.
Adult males weigh 90-120 kg, while adult females weigh 65-80 kg.
It belongs to the group of sheep with caudal lipoma (fat-tailed sheep). These sheep are named after their ability to store large amounts of fat in the tail and rump region.

Productive attitude –
The Awassi is a breed that is used for a wide range of products; meat, milk and wool. However, this breed is mainly bred for milk.
Its productions reach up to 400 kg per lactation. If we consider the breeding environment, these productions are extraordinary and denote a particularly high rusticity.
It is also a breed with unique physiological characteristics such as resistance to many diseases and parasites; they travel long distances on pastures for grazing, tolerate extreme temperatures and endure adverse feeding conditions.
This breed easily adapts to different environments and performs as well as in its natural habitat.
Awassi sheep, in fact, adapt well to poor Mediterranean pastures and can compensate for undernourishment during the dry season by using the energy reserves stored in the fat tail.
Due to its high potential for milk production under harsh conditions, the Awassi breed can be used as a bull breed to improve the milk production of many indigenous Asian and African breeds.
The genetic improvement consists in practicing the crossing with Friesian sheep (Assaf breed in Israel).
However, this breed has a low prolificacy but has a high maternal capacity.