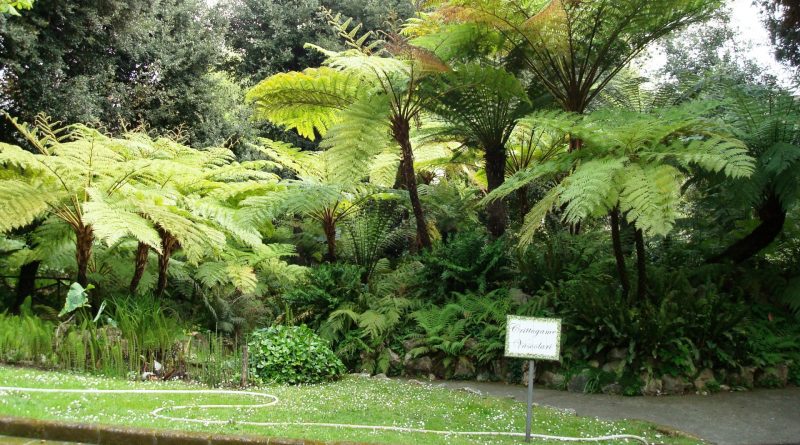 The Botanical Garden of Naples, also known as the Real Botanical Garden, is a structure dependent on the Federico II University, which is part of the Faculty of Mathematical, Physical and Natural Sciences.
This botanical garden has an extension of 12 hectares and is home to about 9,000 plant species and nearly 25,000 specimens.
It is located in Naples in Via Foria, near the Real Albergo dei Poveri. 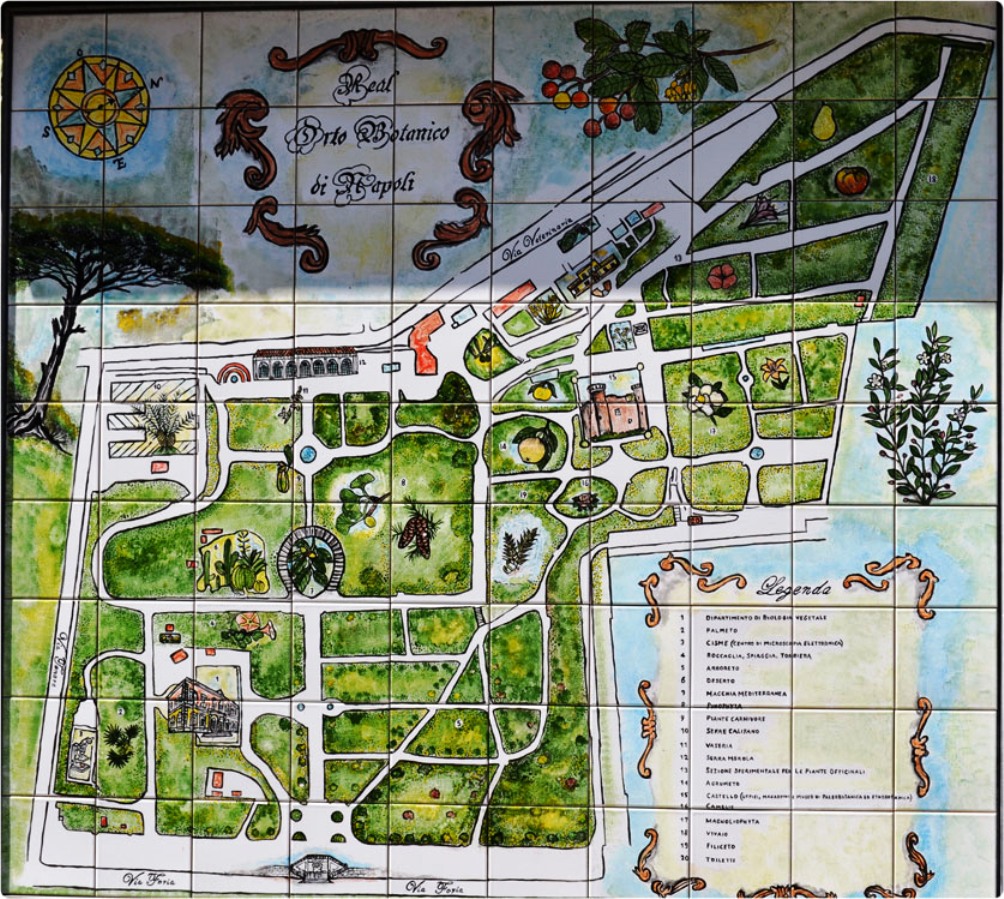 On the death of Merola, which occurred in November 1980, the management was taken on ad interim by Giuseppe Caputo. In this period the city was hit by the disastrous earthquake that caused considerable damage to the Castle, as well as to the Garden, which was invaded for a few days by the population in search of refuge and even by armored vehicles that intervened for an emergency concerning the adjacent Hotel of the Poor. Released with the help of the public force, the Garden was equipped with an armed surveillance service, also to stem the continuous thefts perpetrated against the structure.
At the end of 1981 Paolo De Luca was appointed director. The repair of the damage caused by the earthquake was partly carried out with the funds allocated by the government for the reconstruction of the areas affected by the earthquake.
The Castle, which the earthquake had partially destroyed, has been totally restored. Thanks to the funds granted by the Superintendency of Monuments, the façade, more than 200 meters long, and the monumental greenhouse, currently dedicated to Aldo Merola, have also been restored. The complex of new greenhouses, already dedicated to Luigi Califano during Merola’s management, were equipped with heating and humidification systems, while the small work greenhouses were renovated. The changing rooms of the gardeners, in dilapidated condition, have been totally rebuilt and equipped with heating.
The water network has been completed, so that every area of ​​the Garden is now reached by the water of the artesian well.
The mechanization of work, begun by Merola, continued with the purchase of many other agricultural vehicles. The collections were further enriched by purchased specimens and plants collected in nature.
Some areas, still not reclaimed by Merola, have been cleared of brambles and rearranged; the meadows of the Garden, which were in precarious conditions, were replanted and, moreover, a completely abandoned area of ​​the sector was recovered for cultivation in the past hosting the Experimental Station for medicinal plants. In this area, now known as the “Experimental Section of Officinal Plants”, flowerbeds hosting plants of ethnobotanical interest have also been created.
The citrus grove, reduced to a few specimens from the old collection planted in the mid-nineteenth century, was enriched with many new species of the genus Citrus, some cultivars and representatives of other genera of Rutaceae similar to Citrus.
The “Mediterranean maquis”, a collection of the most representative plants of this plant association, has been added to the exhibition areas created by Merola.

Description –
At present, the area of ​​the Botanical Garden of Naples is almost 12 hectares, on which there are about 9,000 species for a total of almost 25,000 specimens grouped in collections organized according to systematic, ecological and ethnobotanical criteria.
The activities currently carried out by the Garden concern, in addition to the cultivation and presentation of the collections for museological purposes and the carrying out of artistic and cultural events, mainly the research, teaching and conservation of rare or endangered species.
The research activity carried out in the Botanical Garden mainly concerns the study of the macro- and micromorphological characteristics of some groups such as the Cycadales and the Orchidaceae, the carrying out of ethnobotanical investigations in rural communities of central-southern Italy and the analysis of plant fossils from Campania geosites.
It should also be noted that the collections of the Botanical Garden represent a reservoir of plant material used for research purposes by the teachers of the Plant Biology Section of the Department of Biological Sciences.

Structures and Collections –
The exhibition areas are arranged according to three criteria. The systematic one, the ecological one and the ethnobotanical one.
The following areas are part of the area arranged according to the systematic criterion:
– the area of ​​the Pinophyta;
– the filiceto, intended for the cultivation of ferns and similar plants;
– the palm grove;
– the area of ​​the Magnoliophyta
– the citrus grove;
– and other small areas dedicated to single species.
According to the ecological criterion, we find the areas named:
– desert, an area intended to accommodate succulent plants;
– beach, where the most common plants are cultivated on Italian beaches;
– peat bog, in which the Cyperaceae are grown;
– roccaglia, intended for the display of species typical of the limestone areas of the Apennines;
– Mediterranean bush;
– in addition to the tanks for the cultivation of hydrophytes.
In the tropical greenhouse located next to the Merola greenhouse, a mangrove has been reproduced with specimens of the species Rhizophora mangle, Avicennia nitida, Laguncularia racemosa and Conocarpus erectus.
Finally, the ethnobotanical area is the experimental section of medicinal plants.