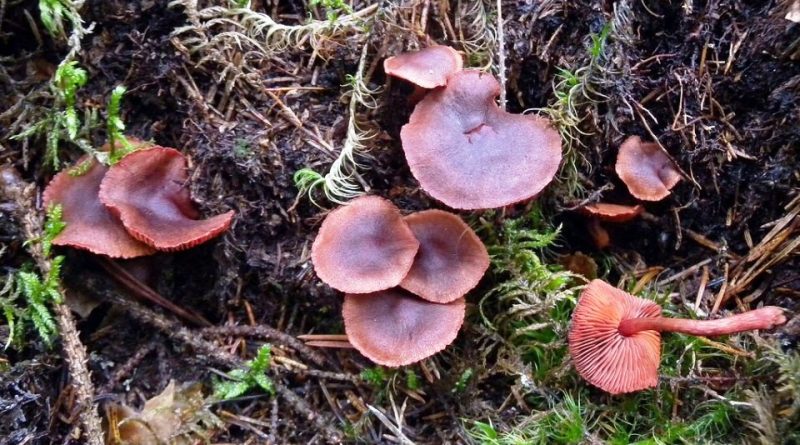 The bloodstream (Cortinarius anthracinus (Fr.) Fr., 1838) is a fungus belonging to the Cortinariaceae family.

Etymology –
The term Cortinarius comes from curtain: with a curtain, due to the characteristic residues of the partial veil from the edge of the hat to the jamb.
The specific epithet anthracinus comes from from anthrax -acis cinnabar, ruby: bright red in color.

Geographic Distribution and Habitat –
Cortinarius anthracinus is a mycorrhizal fungus that grows in parts of continental Europe.
Its habitat is that of spruce, broad-leaved and mixed woods, often with birch trees in humid areas with the presence of mosses where it grows in the period between August and November. 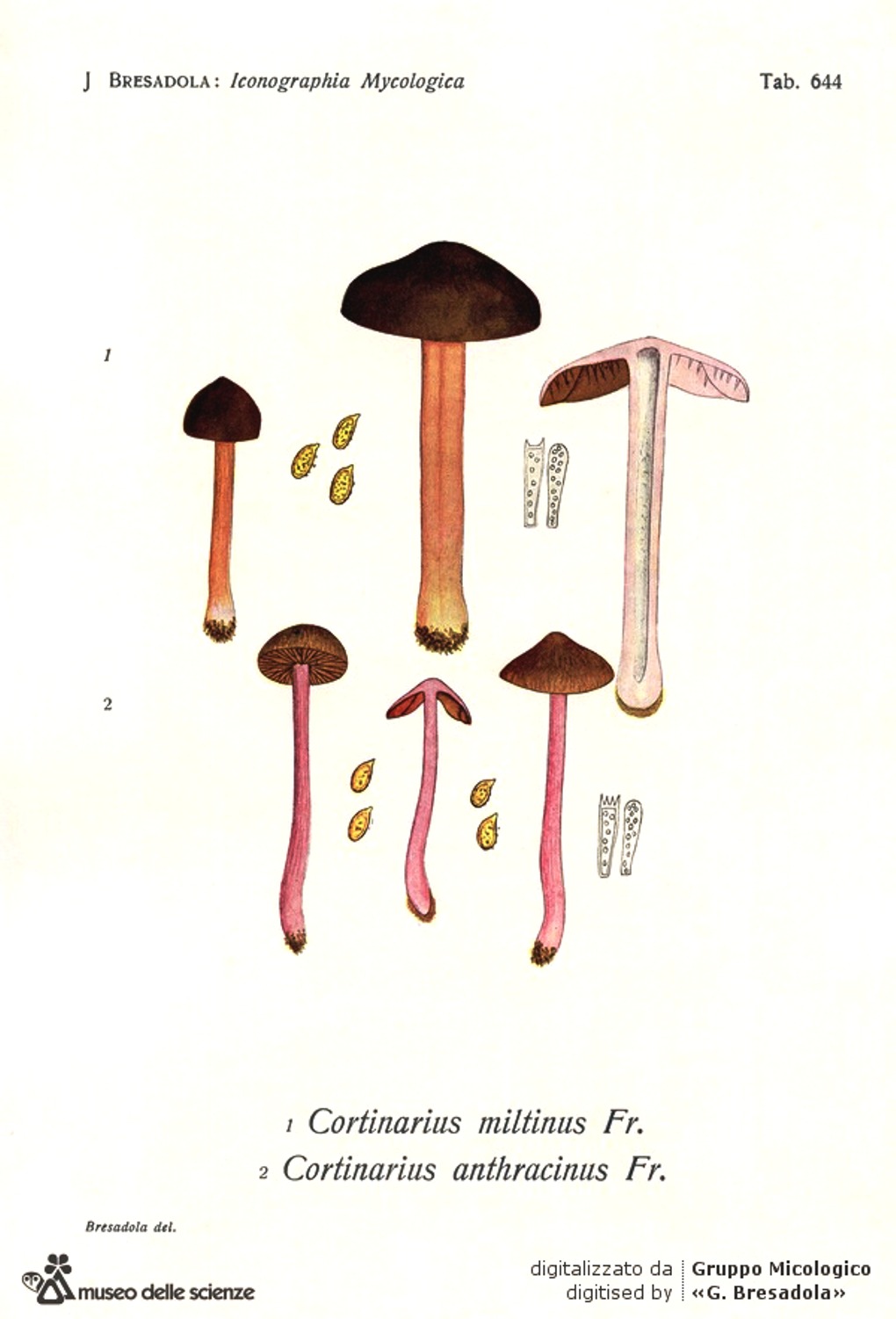 Recognition –
Cortinarius anthracinus is recognized for its hygrophean hat which goes from brown-purple to almost black. Young hats are convex to conical, become flat with a distinct umbo and reach 1 – 3 cm in diameter when fully ripe.
The gills are pink, then brick red.
The stem is fibrous, pale, light purple and silky; in the young fruiting bodies there is a slight purplish redness towards the apex; the cottony velar remains adhere more to the stem towards the base; dimensions of 3-5 mm in diameter and 3-5.5 cm in length.
These mushrooms, which however should not be tasted, since many of them are deadly poisonous, have an uncharacteristic smell and taste.
The spores are broadly ellipsoidal or slightly amygdaloid; minutely to moderately warty (with rough surface) of 8-10 x 5-6 µm. the spore print is rust brown.

Cultivation –
Cortinarius anthracinus is not a cultivated mushroom.

Customs and Traditions –
In the difficult group of this family of fungi, Cortinarius anthracinus is one of the easiest species to identify, with reasonable certainty, due to its macroscopic characters; however, to be sure enough, it is necessary to see young and mature specimens and evaluate the size and ornamentation of the spores.
Among the similar species we remember the Cortinarius hemitrichus, which has a similar appearance.
This mushroom is considered by many authors to be poisonous, as many mushrooms of this genus are deadly poisonous (and some research even suggests that all Cortinarius species may contain at least small quantities of the toxins involved); for this reason the Cortinari should never be collected.

Preparation Method –
Cortinarius anthracinus is a fungus that should not be harvested due to its toxicity.