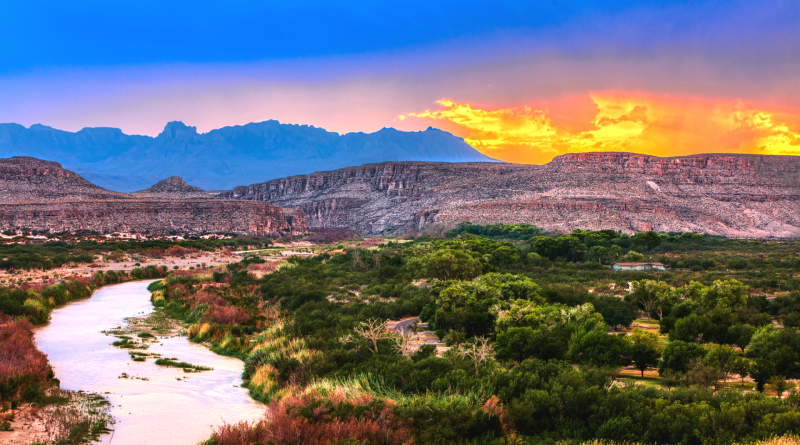 Big Bend National Park, whose WDPA Code is: 976, is a US national park located in southern Texas, along the border with Mexico.
Big Bend National Park is administered by the National Park Service.
For more than 1,600km, the Rio Grande forms the international border between Mexico and the United States, and Big Bend National Park runs around 393km of this border.
This park has an area of ​​3,242 km², making it the largest protected area in the Chihuahuan Desert.
From a geographical and morphological point of view, this region is characterized by cracks, fissures and cliffs.

Climate –
The temperature of Big Bend National Park is typical of desert places with 38 ° C during the day and close to zero at night. The wind can blow steadily up to 80 km / h for several days. The desert covers over 90% of the territory.
This territory is characterized by very low rainfall, with 500 mm of rain per year in the hilly areas, and less than 250 mm in the desert. The highest rainfall is recorded around the Chisos Mountains. 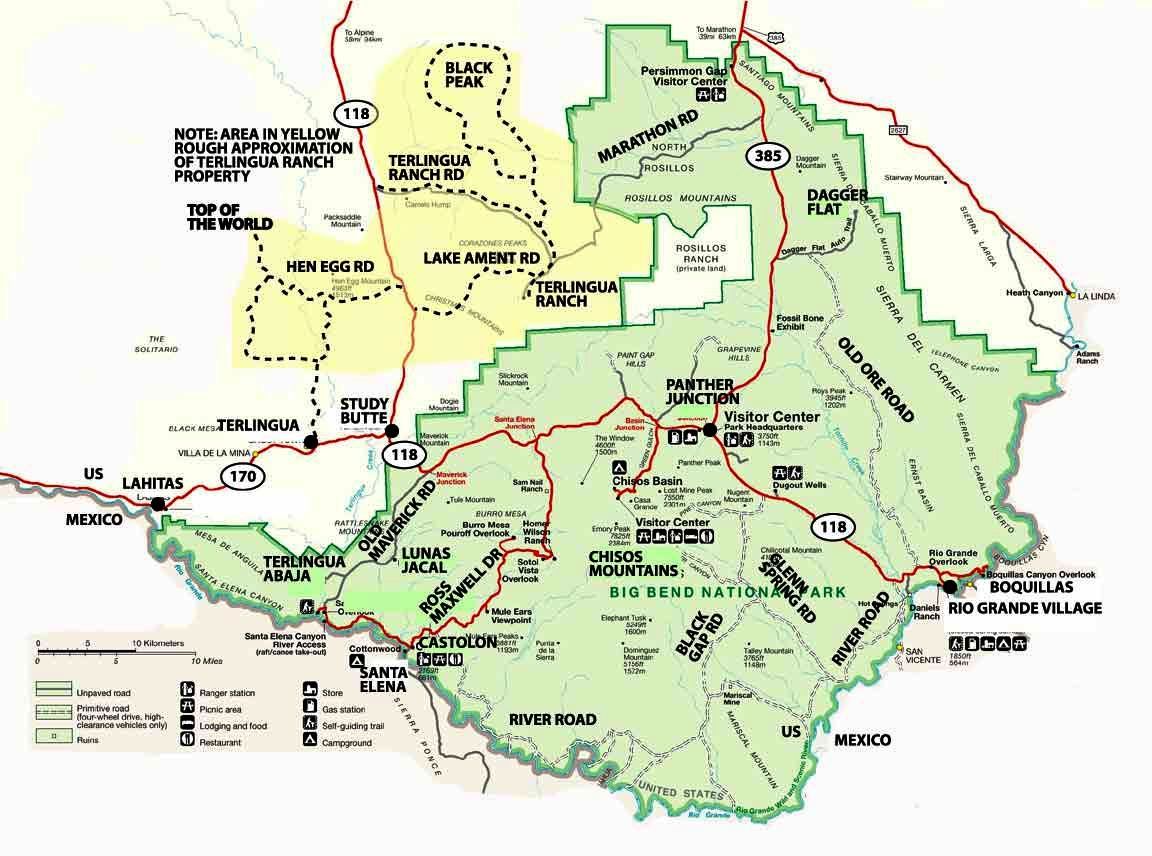 Flora –
In Big Bend National Park we find over 1200 species of plants which is an astonishing diversity considering the hot, dry desert climate and rugged landscape. Yet the sheer harshness of this landscape creates a variety of habitats for plants. Orchids bloom in the shade of a canyon. Willows thrive along the river. In the low desert, hardier plants find a way to survive and even thrive.
The variety of cacti and other plant species add color to the Big Bend region. Cacti in the park include prickly pear (Opuntia spp.), Claretcup (Echinocereus coccineus), and pitaya (E. enneacanthus). In spring, the wildflowers are in full bloom and the yucca flowers display vibrant colors. Bluebonnets (Lupinus spp.) Are prevalent in this territory, and white and pink bluebonnets are sometimes seen along the way. Other flowering plants that abound are desert marigold (Baileya multiradiata), desert willow (Chilopsis linearis), ocotillo (Fouquieria splendens), nettle (Eucnide urens) and lechuguilla (Agave lechuguilla).
The candelilla plant (Euphorbia antisyphilitica) was once of particular importance to the region. This was used to create candelilla wax and was the motivation for the wax fields within Big Bend National Park such as Glenn Springs, Texas.

Fauna –
Big Bend National Park’s various habitats support an amazing variety of wildlife, including 11 amphibian species, 56 reptile species, 40 fish species, 75 mammal species, over 450 bird species, and approximately 3,600 insect species . The park boasts more types of birds, bats, butterflies, ants, and scorpions than any other national park in the United States.
Most of the animals are not visible during the day, particularly in the desert. The park comes alive at night, with many animals looking for food. Around 150 sightings of cougars (Puma concolor) are reported annually, despite the fact that only two dozen cougars live in the park. Other species that inhabit the park include coyote (Canis latrans), kangaroo rat (Dipodomys spp.), Greater roadrunner (Geococcyx californianus), golden eagle (Aquila chrysaetos), gray fox (Urycon cinereoargenteus), collared peccary (Pecari tajacu), and black-tailed hare (Lepus californicus). In the mountainous areas there are also the Mexican black bear (Ursus americanus eremicus).
Plans to reintroduce the Mexican wolf to Big Bend National Park were rejected in the late 1980s by the state of Texas. Disagreement over the reintroduction included the question of whether the park contained enough prey animals, such as deer and javelins, to support a wolf population.
In addition, there are more than 450 bird species in Big Bend National Park.
Birders flock to the park, as it is home to the only area in the United States within the breeding range of the Colima warbler (Vermivora crissalis). The colima warbler arrives in the Chisos mountains in mid-April until summer in the high canyons of the mountains. By mid-September, it returns to its wintering grounds in southwestern Mexico. The species is a ground nester and prefers the oak maple habitat found in Boot Canyon and similar tall, cool areas from Laguna Meadow to Boot Canyon and the South Rim. The first record in the United States of the northern tufted flycatcher (Mitrephanes phaeocercus), a Central American species, dates back to this site in November 1991.