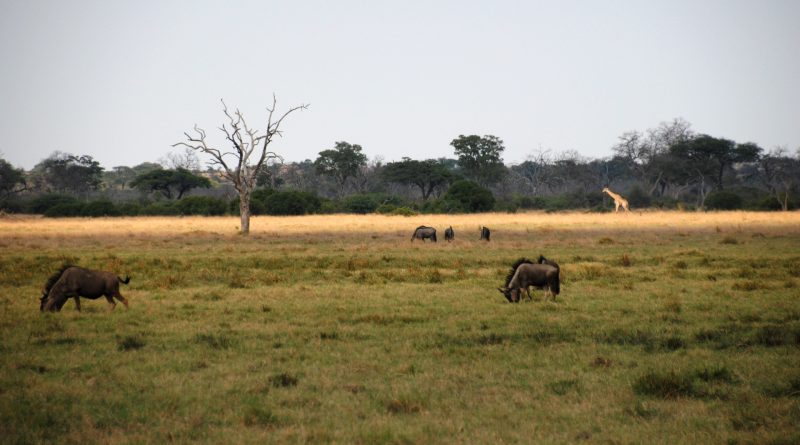 Botswana is an independent state in southern Africa.
This country borders South Africa to the south, Namibia to the west and north, Zimbabwe to the northeast and is landlocked.
Botswana has an extension of 581,730 km² and has a population of 2,254,068 inhabitants (as of 2018).
The capital of Botswana is Gaborone with a population of 231,626 (as of 2011).
In this country, the official languages ​​are English and Tswana, the language of the people of the same name, which has the status of national language. With the name of Bechuanaland it was a British protectorate until 1966, when it gained independence. The Italian transcription Beciuania (hence the adjective beciuano) also derives from the English name.

Geography –
Botswana is a state located within the area between the meridians 20 ° and 30 ° E and is crossed by the Tropic of Capricorn. It borders to the north with Namibia (Dito di Caprivi) and Zimbabwe managing to reach Zambia for only 150 meters; to the east with Zimbabwe and partly also with South Africa; to the south with South Africa; to the west with Namibia. With a fairly quadrangular conformation, Botswana is therefore far from the sea, which can be reached to the east following the Limpopo River to Mozambique.
From the morphological point of view, Botswana is formed by a plateau that maintains an altitude above sea level of about 1000 m. About 70% of the country’s territory is occupied by the Kalahari Desert, which straddles southwestern Botswana, Namibia and South Africa.
This country also has a rather poor hydrographic network even if it has two important river basins: the Okavango, in the north-west, which forms the second largest inland delta in the world (the Okavango marshes) after that of Niger, and to the south-east the Limpopo, which marks the border between Botswana and South Africa.

Climate –
The climate of Botswana is typically sub-desert with scarce and rather irregular rainfall (591 mm of rain per year were recorded on average in 58 days out of 365). The temperature variations, both daily and annual, are quite high. The average annual temperature of Gaborone is 18.5 °. Also in the capital, the hottest month is January (24 °); the coldest July (11 °). 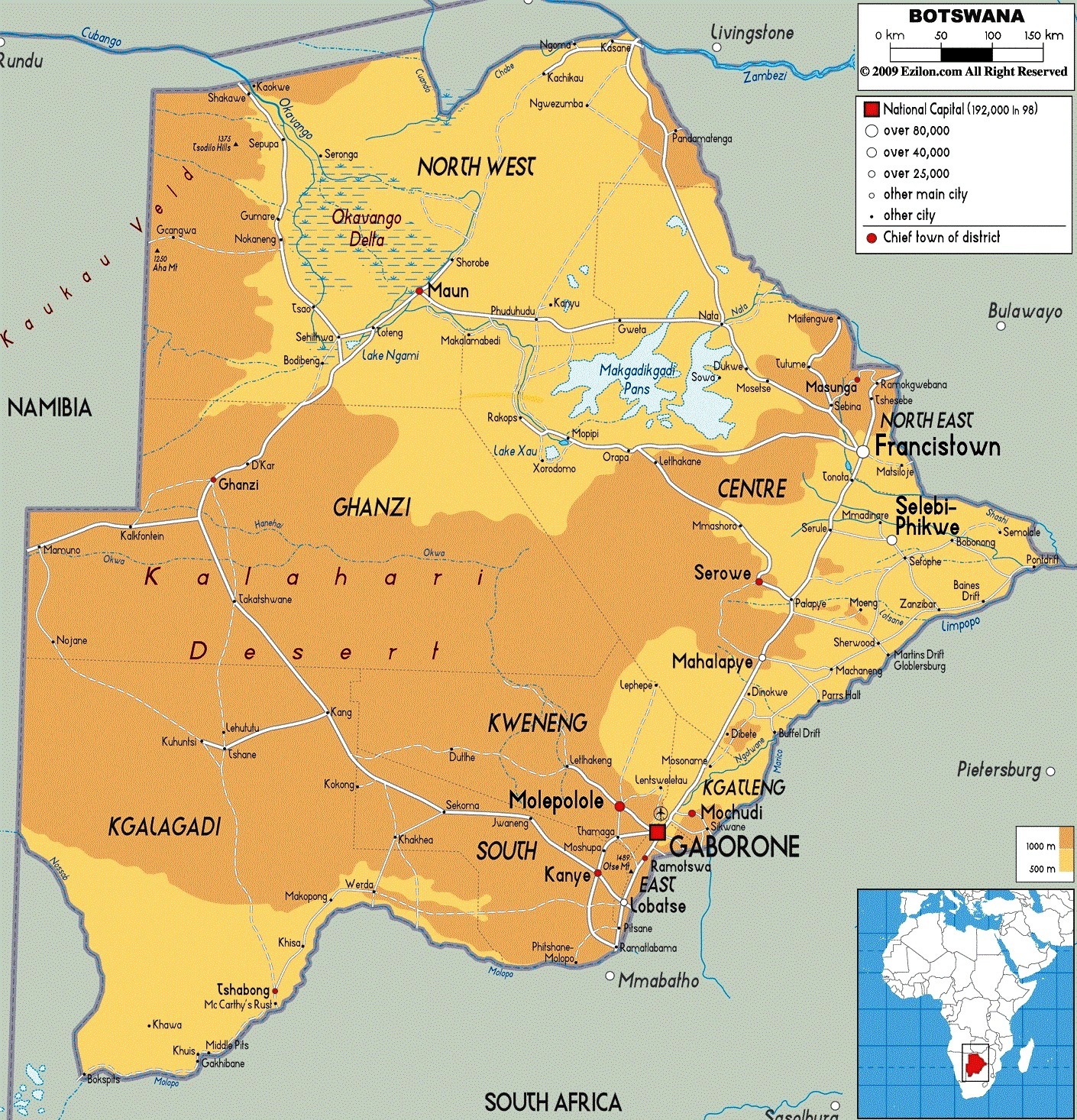 Flora-
The government has recently paid great attention to environmental protection and the extension of protected natural areas currently covers almost 30% of the country’s territory.
The peculiarity of the management of these areas, of direct Anglo-Saxon derivation, is the sharing of the public and private sectors, so that the landowners themselves feel more and more responsible in the management of the territory.
Most of the territory has species suitable for the arid climate. In particular, acacia plants and low thorny shrubs grow easily. The only deciduous forests are found in the northeast and they also provide a fair amount of timber.
The natural distribution of vegetation depends on the precipitation. Most of the country (90%) is covered by savannah vegetation. To the southwest, the shrub savannah (small shrubs and large grasses) takes over. In the Chobe region there are real forests. The most frequent trees are acacia and mopano. More than 3,000 plant species have been identified in the area, of which 200 are edible.
Water melons and large cucumbers are part of the flora and participate in the conservation of fauna.

Fauna –
In this country, the question of hunting regulation has been approached with great foresight and has been resolved with great success. In fact, the government organizes periodic big game hunts open to private individuals (including foreigners) based on the possible surplus of heads of the various species, especially elephants, compared to the available resources. This approach has made it possible to strongly halt the phenomenon of poaching both directly and indirectly. In fact, these initiatives have made it possible to put on the market a flow of ivory and leathers, which has lowered the prices of the same, making the phenomenon of clandestine hunting less convenient.
The desert and semi-desert lands of Botswana are home to various species of interest. First, there are over seventy species of snakes, including three spitting cobras. In particular in the Okavango area you can easily spot the poisonous boomslang (Afrikaans term meaning “tree snake”).
There are also several species of birds, including the pavonina crane, the pigeon dove and the so-called secretary bird, which feeds on snakes. The beautiful national parks and beautiful private estates are also home to a wide variety of animals, such as elephants, leopards, cheetahs, spotted hyenas, warthogs, black and white rhinos, ostriches, African wild dogs, southern giraffes, hippos, zebras, lions and many other animals .