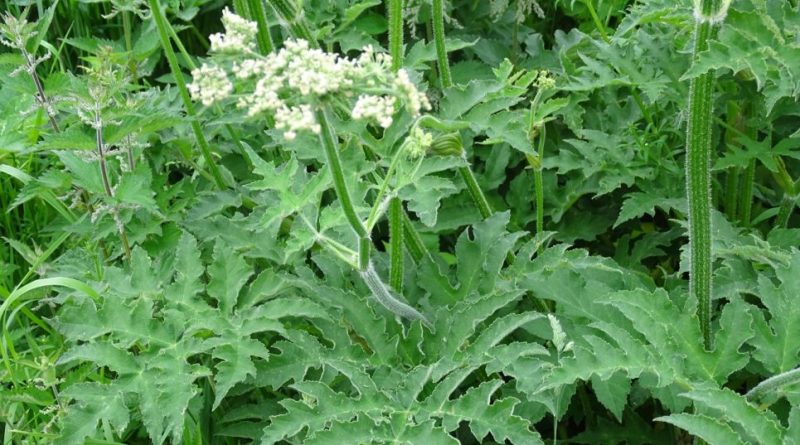 The common hogweed (Heracleum sphondylium L.) is a perennial herbaceous species belonging to the Apiaceae family.

Geographic Distribution and Habitat –
Heracleum sphondylium is a plant with European diffusion, including Great Britain, south of 61 ° latitude and up to western north Africa, western and northern Asia.
Its habitat of greatest diffusion is that of meadows and woods, especially in mountainous areas up to 2,500 m, and is an indicator of soils rich in nitrogen. 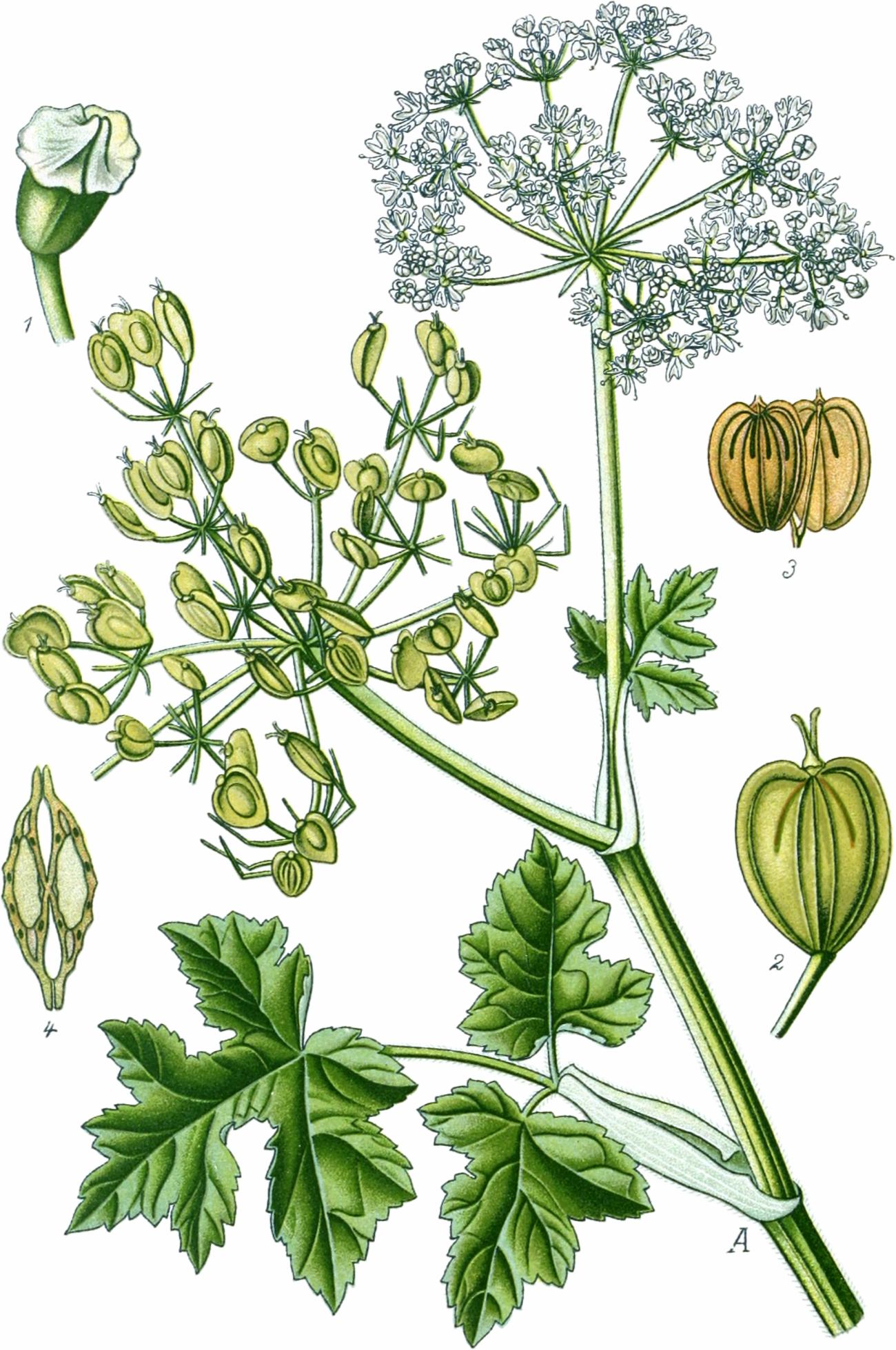 Description –
The common hogweed is a plant that develops from rhizomatous roots with a furrowed stem, with bristly hair, up to 2 meters high.
The leaves are lobed and pinnate with small serrated segments. The fruits are oval and hairless, up to 1 cm long.
The plant has white or pinkish 5-petalled flowers in an umbrella consisting of 15 to 30 rays.
Flowering occurs between June and October.
The schizocarpic fruit is a polachenary (diachene) of (5) 6-10 (11) x 5 -7 (8) mm, from obovate to suborbicular, dorsally compressed, glabrous or hairy, with mericarps with filiform dorsal primary ribs and the marginal ones winged, solitary lives in the valleys and 2 in the commissural face.
The seeds are with flat endosperm in the commissural face.

Cultivation –
Heracleum sphondylium is normally a biennial plant that is harvested in its natural state for local use as food and medicine.
It is a very easy to grow plant that grows in any normal garden soil but performs best in moist soil or deep woodland.
It grows well in full sun or partial shade.
Propagation can take place by seed with sowing in the open field from mid to late spring or early autumn.
The plant can also propagate by division of the tufts in the autumn period.

Customs and Traditions –
Common Hogweed is a plant that contains an irritating juice (furocoumarin) and an essential oil as active ingredients, and can be used in phytotherapy for its hypotensive, stimulating and digestive properties.
Remember that coumarins furan have carcinogenic, mutagenic and phototoxic properties in certain quantities.
This species contains a large number of subspecies. Some, but not all, can cause various problems as described above. The transylvanicum, pyrenaicum, montanum, orsinii and alpinum subspecies are distinctly phototoxic, the sphondylium and sibiricum subspecies are not phototoxic while the granatense and ternatum subspecies vary in their toxicity.
Both the stem and the young shoots, raw or cooked, are used for food purposes.
For medicinal use, on the other hand, the roots and leaves are aphrodisiac, digestive, moderately expectorant and sedative.
The plant, however, is little used in modern herbal medicine but has been used in the treatment of laryngitis and bronchitis.
A tincture made from the aerial parts of the plant has also been used to relieve general weakness, although it is unclear how it works.
Heracleum sphondylium is a plant very popular with bees.

Preparation Method –
Heracleum sphondylium must be harvested as soon as it blooms and can be dried for later use.
It can be used as a fresh vegetable, when it is harvested at the sprouting of the sprouts and in any case before flowering, and used in soups or salads. It tastes like asparagus; the crust is somewhat acrid.
The stems of the leaves are tied in bunches and dried in the sun until they turn yellow.
From these a sweet substance similar to sugar is formed and is considered a great delicacy.
The root can also be eaten cooked; it is usually boiled.
This plant can be prepared as an infusion, decoction or mother tincture.
The seeds can be macerated in alcohol to prepare a pleasant liqueur.
In Eastern Europe the leaves are fermented to obtain a kind of beer (parst or bartsch).