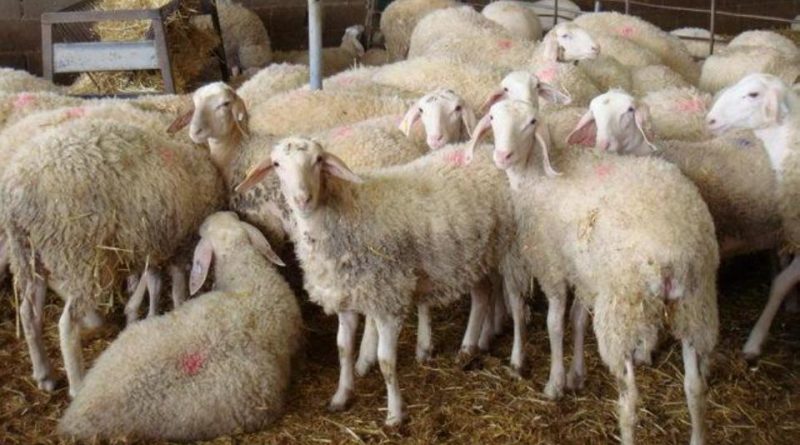 The Assaf is a sheep breed (Ovis Linnaeus, 1758) formed in Israel in 1955 from crosses between 2 breeds with a strong aptitude for milk production: the Middle Eastern Awassi and the German Friesian.

Geographic and Area Distribution –
The Assaf breed is a breed obtained and bred in Israel but exported to Spain in the late 1980s by José Luis Macanda, a farmer from the León area.

Origins and History –
The Assaf breed was formed in Israel in 1955 from crosses between 2 breeds with a marked aptitude for milk production: the Middle Eastern Awassi and the German Friesian. After reaching the “blood” fractions of 5/8 Awassi and 3/8 Friesian, a long selection process followed which led to the establishment of a real breed.

Morphology –
The Assaf is a large breed of sheep, with a weight that fluctuates around 100 kg for the male and around 70 kg for the female.
This breed is characterized by a white fleece, but occasionally brown or black heads appear, as well as the extremities.
The head is elongated, with a sheepskin profile, the skin is thin, elastic and pink in color, typical of the dairy animal.
Horns are generally absent in sheep, sometimes found in rams, while the ears are typically long and drooping, a feature inherited from the Awassi breed.
The udder is well attached and generally well shaped, very suitable for mechanical milking.

Productive attitude –
The Assaf is a dual-purpose breed, bred for both milk and meat. The Assaf sheep belongs, like the Awassi, to the group of laticaude and fat-tailed breeds.
Lambs at birth have a weight ranging from 4 kg to 5.50 kg and reach a weight of 12 kg at about 10 days of age, with daily increases of about 350/400 g.
In Israel, Assaf sheep are intensively reared and produce 3 calves in 2 years, with average milk production per head of 450 liters per year (equal to 1.5 lactations).
Milk shows a greater aptitude for cheese making after 110 days of lactation.