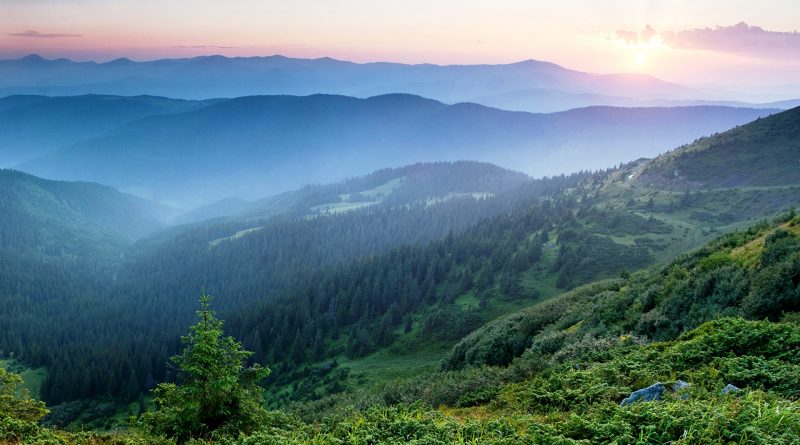 Ukraine is an Eastern European state with an area of ​​603,628 km² (which becomes 576,628 km² if we exclude the territory of Crimea, occupied and annexed by Russia).
The inhabitants of Ukraine are 42,322,028 (as of 2018) and its capital is Kiev with a population of 2,960,600 inhabitants (as of 2015).
Ukraine has an outlet to the Black Sea to the south and borders Russia to the east, Belarus to the north, Poland, Slovakia and Hungary to the west, and Romania and Moldova to the southwest.
The official language is Ukrainian but Russian, which in the Autonomous Republic of Crimea is also an official language together with Tatar, are widespread in the eastern and southern regions (especially in Crimea).
On June 27, 2014, Ukraine signed the Association Agreement with the European Union.

Geography –
Ukraine is the second largest state in Europe, after European Russia and before metropolitan France. The border of Ukraine with the other states is 4558 km long, divided between Belarus (891 km), Hungary (103 km), Moldova (939 km), Poland (428 km), Romania (169 km to the south, 362 km to the west. ), Russia (1 576 km) and Slovakia (90 km), in addition to the 2872 km of sea coast.
Ukraine is mainly characterized by fertile plains or steppes crossed by several rivers, including the Dnieper, the Donec, the Dnestr and the southern Bug which flow into the Black Sea and the smaller Azov Sea. In the southwestern part, the Danube delta forms the border with Romania. The few mountain ranges present are the offshoots of the Carpathians, to the west, whose highest peak is the Hoverla with 2061 m and the mountains of the Crimean peninsula.
The most important cities, besides the capital Kiev, are Dnipro, Donetsk, Odessa, Zaporižžja, Lviv and Kryvyj Rih.

Climate –
Ukraine has a temperate continental climate in the interior and Mediterranean on the southern coast of Crimea: along the Black Sea the winter is relatively mild, while in the interior areas the temperatures in January are much lower, with peaks below. of −20 ° C.
As regards the rainfall regime, annual rainfall varies considerably from area to area: while in western Ukraine 1200 mm of rain fall per year, in Crimea this value is reduced to just 400 mm.
The average January temperature in Kiev is −6 ° C. 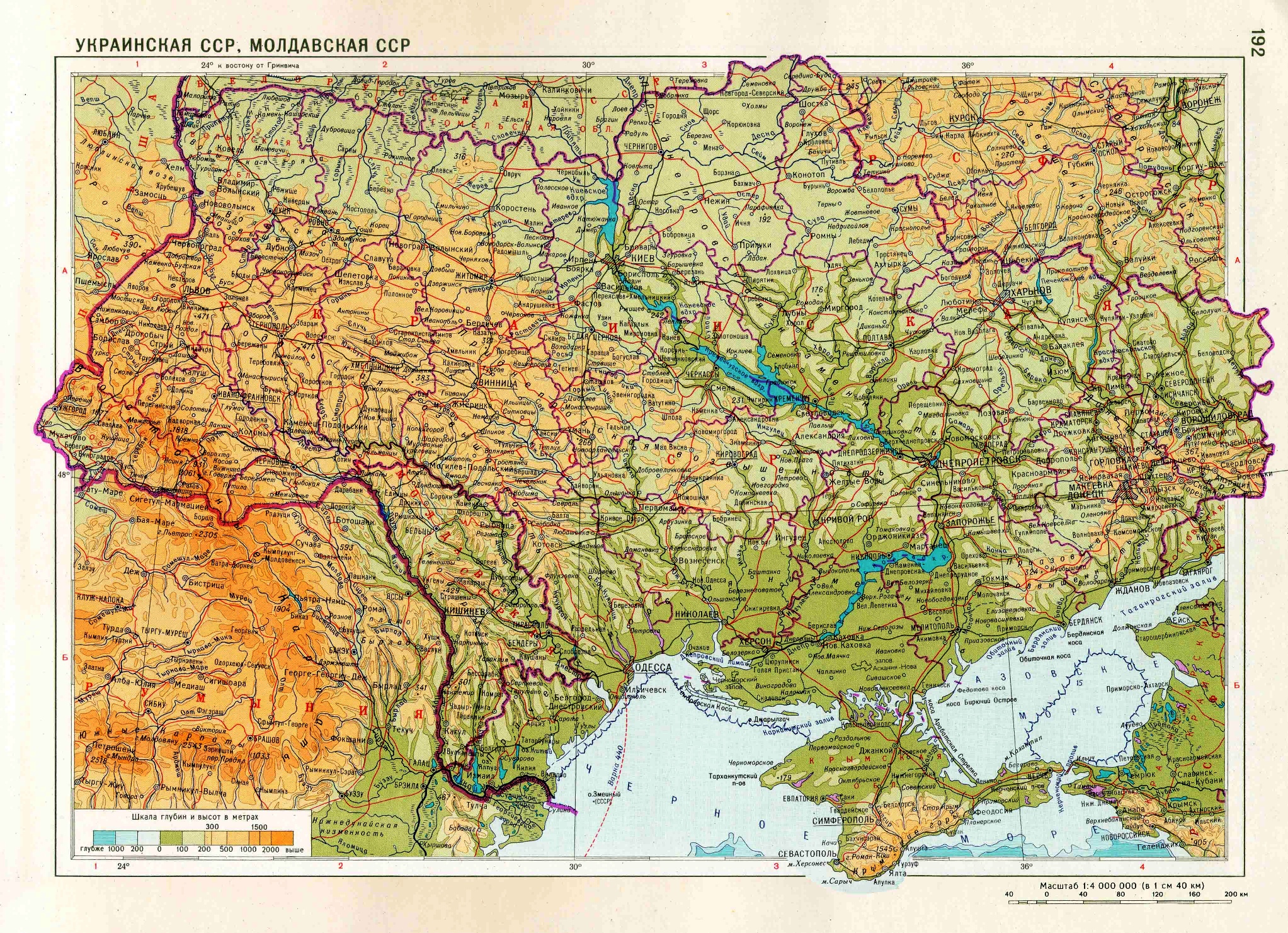 Flora-
Following serious environmental disasters such as the Chernobyl nuclear disaster and the accident with the Black Sea oil tanker, the new government has set itself the goal of implementing nature conservation reforms. In Ukraine there are eighteen national parks and the Ukrainian nature conservation society.
Some primeval beech forests in the Carpathians were included in 2007 among the sites considered UNESCO World Heritage. Up to 350 years old, these forests have faced serious risks due to the development of the timber industry, and are among the few areas of wood in the temperate climatic zones to have remained intact. UNESCO today protects 185 km of forest, which goes from Ukraine to Slovakia, and is the kingdom of a variety of flora and fauna among the most luxuriant on the European continent, including ten bushes of beech trees (buk). But the Ukrainian forests are not only these. In fact, the Carpathians have some of the largest forests left in Europe. Rivers such as the Tysa, Borzhava, Latorytsysa, Uzh, flow down from the mountains and feed the trees, whose roots can reach a meter in length. This causes the trees to grow fast and thicken. Some, although rare, are 400 years old. Climbing plants cover the area, in which there are also several storks and large catfish. Many hope for UNESCO protection for this area as well, to preserve it from deforestation: this is the case of Dr. Bohdan Prots, a forestry researcher at the Ukrainian National Academy of Sciences in Lviv. With his team he is fighting for the creation of a nature reserve in these areas. In the Carpathians, oaks (dub) and pines (sosna) also grow. Other forests are found in the north, in the districts of Volhynia and Polissya, where fir trees (yalyna) mix with silver firs (kanaaska ihlytsya), pines, oaks and beeches. The rivers in the remaining part of the territory wind between oaks and willows (verba), while the tree-lined streets of the city are surrounded by chestnut trees (kashtany), the symbol of the city of Kiev. Among the species of flora and fauna protected in Ukraine we find the badger (tysove derevo), the Carpathian rhododendron (Karpatsky rododendron) and the edelweiss (edelveys). Many poets, such as Taras Shevchenko, have spoken of a plant with white flowers and red berries: it is the snowball (kalina), which has now become a national symbol. The fragrant juniper wood (mozhevelnyk), found throughout Crimea, is used to produce various souvenirs.

Fauna –
The Askaniya Nova wildlife park, created in the 19th century in the largest steppe area left in Ukraine, is undoubtedly the most suitable area for observing large animals. It was strongly desired by Friedrich von Falz-Fein, who intended to introduce saiga antelopes (a very rare species that lives in Central Asia), as well as zebras, deer, wildebeest, camels and birds of all kinds. Unthinkable to find exotic species in Ukraine and yet these are found there, along with some heads of European bison. In addition, the park breeds Przewalski’s horses: called “Mongolian ponies”, they are very robust and are considered the last truly wild horses left in the world. Animals such as deer can also be found in none other than Chernobyl, on the border with Belarus, a contaminated area following the nuclear disaster of 1986: after the abandonment of the population, the animals have gradually taken their place in the territory. Among the species present there are many wild boars and some Przewalski’s horses, which were brought here from the Askaniya Nova Reserve for reasons of space.