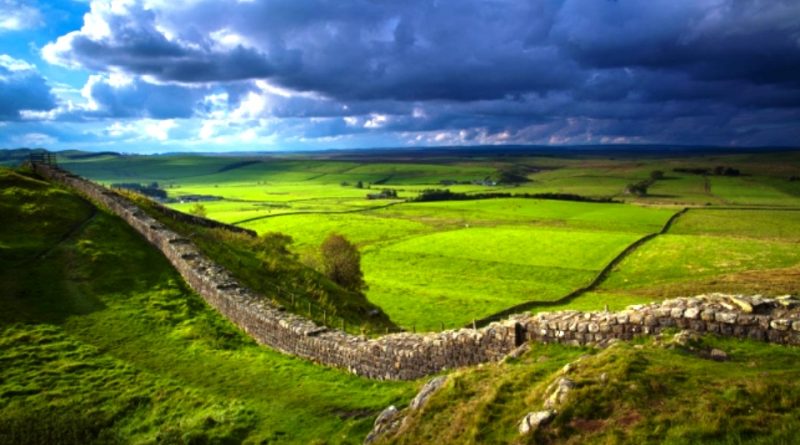 The term Germani (also called Teutons or, for synecdoche, Goths) refers to a group of peoples who spoke the Germanic languages.
These peoples were born from the fusion between ethnic groups of Indo-European origin and indigenous ethnic groups of Paleo-Mesolithic and Neolithic origin in their original homeland (southern Scandinavia, Jutland, today’s northern Germany), which, after having crystallized into a single group, starting from the first centuries of the first millennium they spread to occupy a large area of ​​central-northern Europe, from Scandinavia to the upper Danube and from the Rhine to the Vistula. From here, starting especially from the third century, numerous Germanic tribes migrated in multiple waves towards every direction, touching most of the European continent and reaching as far as North Africa and North America.
After the migration period, the Germanic peoples went through a new period of ethnogenesis from which some present-day nations emerged, such as:
– the Scandinavian peoples (Danes, Faroese, Icelanders, Norwegians, Swedes);
– the federated German peoples (including the Austrians and the Swiss Alemanni);
– the Franconian peoples (Flemish, Dutch, Luxembourgish);
– the Anglo-Frisian peoples (Frisians, English).
Although the legacy of the Germans is present throughout Europe, even in nations that do not speak Germanic languages ​​where various Germanic peoples (Franks, Burgundians, Goths, Lombards, etc.) merged with the local non-Germanic populations, from the Mediterranean countries, to the France where they took the local Gallo-Romance language, to Russia (Varangians).
From the modern age it was mainly Germanic groups, at least originally, that founded colonies in North America and other non-European areas. From this period onwards cultural elements originally typical of Germanic groups, such as the English language and the Protestant religion which was created in the Germanic context in the sixteenth century, have spread throughout the world even among non-Germanic populations. 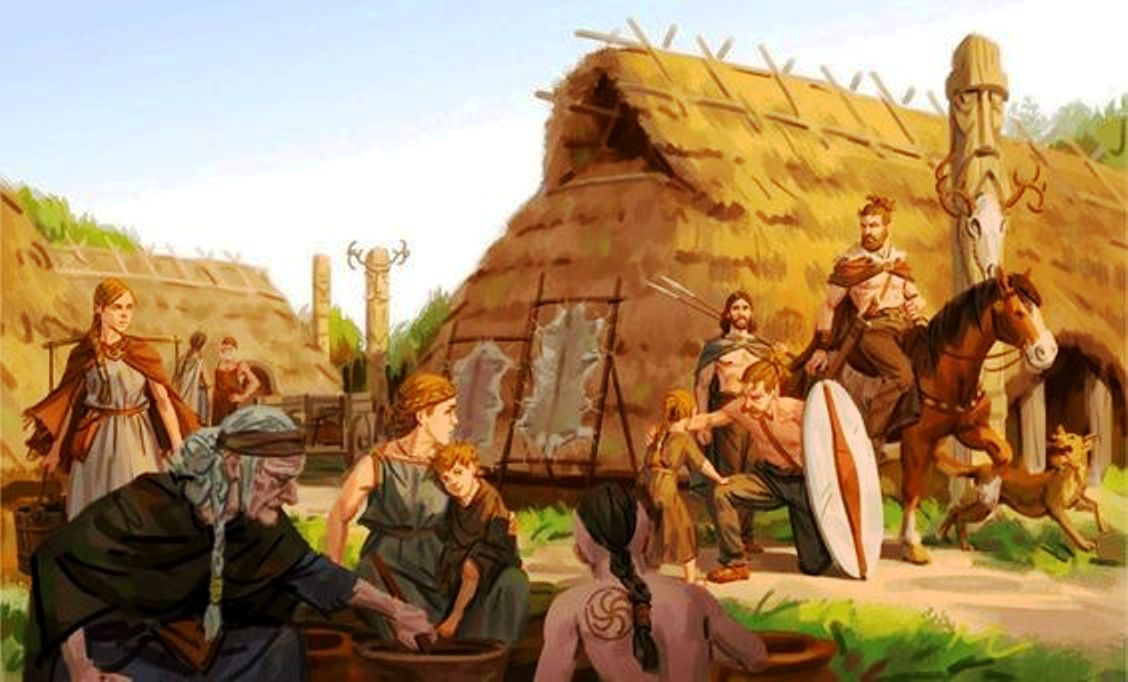 Agriculture –
The Germans, at least in the time of Caesar, were not careful farmers. Their agriculture was primitive, and simply tended to exploit as much as possible, immediately, the land reclaimed from the forest.
In fact, the Roman proconsul said that:
«[…] They have no private or divided land, no one can stay more than a year in the same place to practice agriculture. They feed little on wheat, live mainly on milk and sheep meat, they hunt a lot. […] They grant free access to merchants, more to have the opportunity to sell their war spoils than to want to buy imported products. Indeed, the Germans do not make use of imported foals (unlike the Gauls, who have a real passion for them and buy them at a high price), but exploit the horses of their region, small and ungainly, making them very robust with daily exercise. fatigue animals. […] They absolutely do not allow the importation of wine, because they believe that it weakens the ability to bear fatigue and that it weakens souls. ” (Cesare, De bello gallico, IV, 1.7-2.6.).
Tacitus also adds that the land was generally fertile for the cultivation of seeds, but not productive of fruit trees. It is rich in livestock, especially of short stature. The cattle also do not wear horns. The Germans are content with having many, as this represents their true wealth. They had no mines of either silver or gold, according to the Latin historian. Nor was iron found in abundance in those territories, at least around the end of the first century. Few were, in fact, the warriors who used spears or large spears made of this metal.
At the time of the Germans the fields were occupied and available to all the villagers, depending on the number of those who cultivated the land. They were therefore divided among themselves according to the rank of each. However, the vastness of the lands made it easy to subdivide.
Ultimately among the ancient Germans the lands did not have a precise extension or borders of their own, but from year to year the magistrates and councilors distributed fields to the tribes and after a year forced them to change their seat.
All this was determined by various causes: the Germans were much more occupied by the occupation of the war than by agriculture, but there were also issues related to the objective of not letting the less well-off take on property and wealth that could conflict with the nobles.