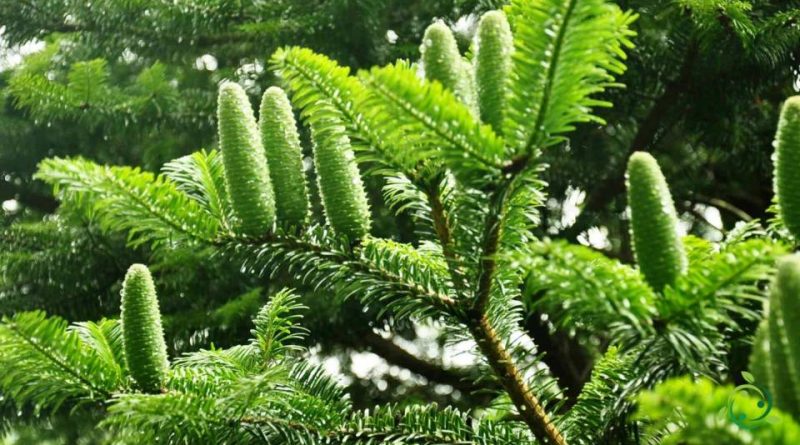 How the silver fir reproduces

The silver fir (Abies alba Mill., 1759) is a plant typical of the forests and mountains of the northern hemisphere.
It is a majestic, slender and long-lived tree.
The largest European silver fir ever documented was 50 meters high and had a circumference of 4.8 meters. It was located in Lavarone, in Trentino and was shot down on November 13, 2017 by a strong gust of wind.
The silver fir is a typical plant of the mountainous areas of western, central and southern Europe. In Italy, it is frequent in the Alps, especially in the east, and is present in the Apennines in scattered and disjointed nuclei, up to Calabria (Sila, Serra S. Bruno, Aspromonte).
Remember that the plant reaches sexual maturity quite late, between 20 and 40 years of age if it lives isolated, between 40 and 60 years if it lives in the woods together with other plants. After 100 years the plant decreases the quantity of cones and the quality of the seed.
For the details of the cultivation technique, refer to the following sheet.

Propagation –
The propagation of silver fir can take place by seed.
It is necessary to wait for the formation of the strobili, almost ovoid in shape, a little tapered at the ends that even reach 18 centimeters, initially green in color, then becoming brown-red; these are formed by sharp fan-shaped scales, with a woody consistency which, when ripe, flake off, detach and fall to the ground, while the central axis of the pine cone remains erect on the branch for a long time, even for several years. The scales of the strobili vary in number from 150 to 200 and each scale carries two ovules which transform into fertile seeds which, free, are dispersed by the wind.
The seed has a triangular shape, 6 to 9 millimeters long, brown-yellow in color and has a wing firmly attached to the seed itself that allows it, once released, to whirl in the air.
The strobili ripen in the months of September and October. From these you can take the ripe seeds that will have to be sown in the seed of March.
It is always advisable to use a soil very similar to the natural growth of the plant.
It should also be remembered that the silver fir prefers to live in a mountain environment, where the climate is cool, with relatively humid summers and very snowy, but not too rigid, winters, preferably located on the north-facing slopes since it needs a long period of vegetative rest with reduced thermal excursions. It is very resistant to wind and bad weather. It is, however, sensitive to late frosts.

Silvicultural aspects –
The silver fir is among the species that in our country has benefited most from the spread made by man.
Its diffusion had a greater impulse starting from the year 1000 AD. when its cultivation had a strong development above all thanks to the action of the monks (eg Vallombrosa and Camaldoli), in conjunction with a great demand for work beams due to the development of the cities.
In the past, the most used type of treatment was the satin cut with postponed artificial renewal with shifts of 100 – 120 years.
Today the current trend is to transform pure firs into mixed woods with age-old structures treated with very small hole cuts and natural renewal
In mixed alpine forests with spruce and / or beech, the only treatment adopted is occasional cutting with interventions every 10 – 15 years.