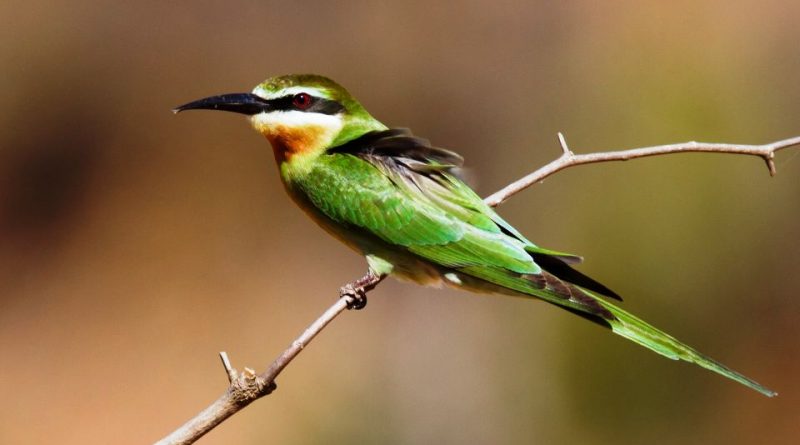 The Olive bee-eater (Merops superciliosus Linnaeus, 1766) is a bird belonging to the Meropidae family.

Geographic Distribution and Habitat –
The Olive bee-eater is a migratory bird with diffusion in sub-Saharan Africa. Its distribution range includes: Angola, Botswana, Burundi, Comoros, Eritrea, Ethiopia, Djibouti, Kenya, Madagascar, Malawi, Mayotte, Mozambique, Namibia, Democratic Republic of Congo, Rwanda, Somalia, South Sudan, Sudan, Tanzania, Uganda, Zambia and Zimbabwe.
Its habitat is that of the arid and semi-arid areas of the subtropical belt with the presence of scattered trees, and in Africa the prairies or woods with clearings. 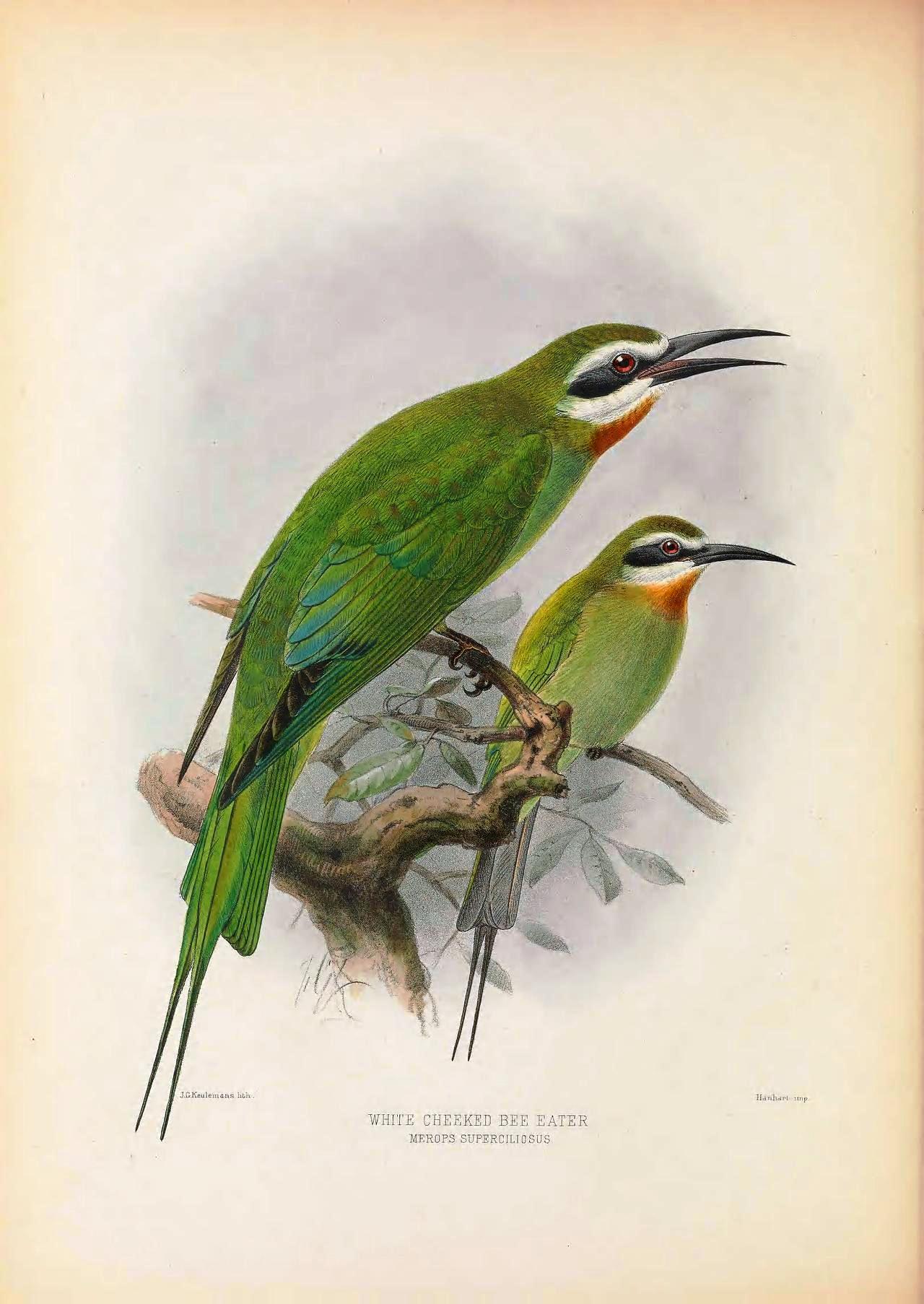 Description –
The Merops superciliosus is a species similar to the Merops apiaster from which it differs by the slightly larger size and the bright olive green color on most of the body.
This bird has a length of 24-26 cm.
The sexes are similar and adults, with olive-green coloring and white forehead, eyebrows, chin and cheeks. The rump and tail are blue.

Biology –
The Merops superciliosus is a monogamous species that builds the nest in cavities and tunnels dug in the sandy banks.
The female lays 4 to 8 eggs, which are hatched by both parents and the chicks are usually born in early December.

Ecological Role –
The Olive bee-eater is an insectivorous species that feeds on bees, wasps, hornets and, above all, dragonflies, which it catches in flight by launching from a perch: for this purpose it prefers electric and telephone cables when they are present.
It is a partially migratory species that usually reproduces only in the southern part of its range, moving north for the dry season in southern Africa.
According to the IUCN Red List this species is currently of minimal concern.