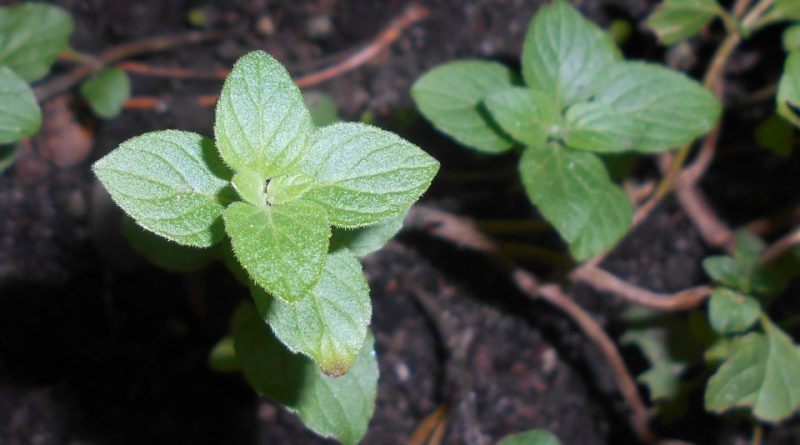 The American pennyroyal or American false pennyroyal (Hedeoma pulegioides (L.) Pers.) is a herbaceous species belonging to the Lamiaceae family.

Etymology –
The term Hedeoma comes from the Greek words ἡδύς (hedys), which means “sweet”, and ὀσμή (osme), which means “smell”, due to the scent of the leaves.
The specific epithet pulegioides refers to the genus Pulegium (from puleium puleggio, Roman mint (in Cicero, Seneca et al.), A term that was given to the European mint by Pliny the Elder in the 1st century AD, for its use in rejecting fleas (pulex, plural pulices) when it was scattered on the floors, and from the Greek εἶδος eídos semblance: similar to a Pulegium.

Geographic Distribution and Habitat –
Hedeoma pulegioides is a species native to eastern North America, from Nova Scotia and southern Ontario in the west to Minnesota and South Dakota, and from the south to northern Georgia and Arkansas.
Its habitat is that of the dry soils of the woods and open fields. 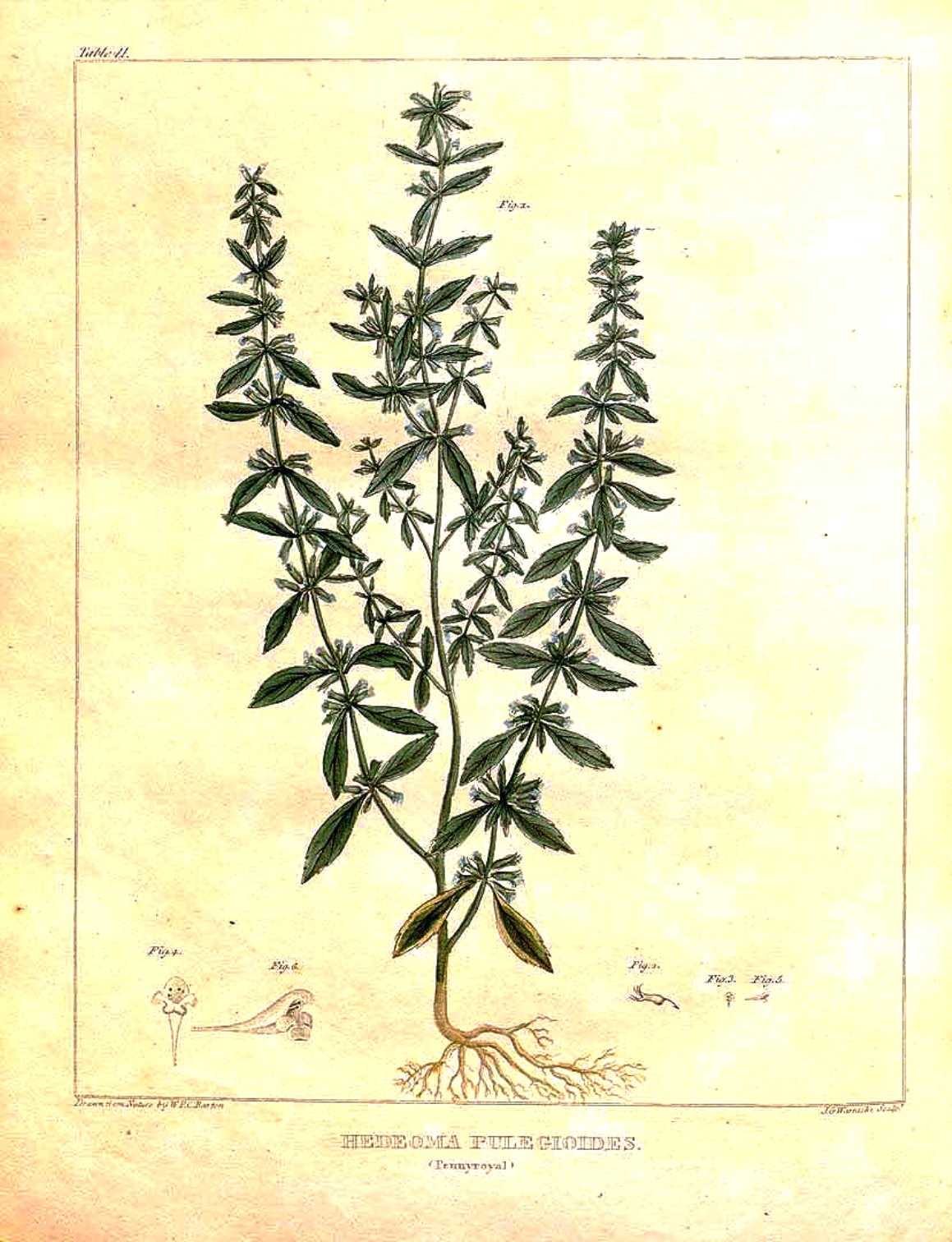 Description –
Hedeoma pulegioides is a low-growing, strongly aromatic annual herbaceous plant, 15 to 30 cm tall.
The stem is slender, erect and very branched, somewhat hairy and square.
The leaves are small, thin and rather narrow, with a strong minty smell and pungent flavor.
The flowers are blue, monoecious, produced in small clusters.
The antesis is between mid to late summer.

Cultivation –
Hedeoma pulegioides is an annual plant that is harvested in its natural state for local use as a food, medicine and source of materials.
This plant prefers a sunny position in soil with pH tending to acid, well drained or tending to sandy, with low to moderate fertility, in a sunny or partially shaded position.
This plant, due to its bearing and its aromatic foliage, lends itself to being grown in pots or containers.
Propagation can take place by sowing which must be done in situ in spring or autumn.

Customs and Traditions –
Hedeoma pulegioides, at the beginning of the twentieth century, was used “in folk medicine, in the form of a hot infusion, to promote perspiration and as an emmenagogue.
In case of ingestion, one of its components, pulegone, is metabolized into hepatotoxic compounds which, depending on the dosage, can lead to liver failure, convulsions and death.
In fact, in large quantities, this plant, especially in the form of essential oil, can be toxic if taken internally; furthermore, skin contact with pure essential oil can cause dermatitis.
In the nineteenth century this plant, along with others, was recommended for flea control.
However, this plant has a long history of medicinal use by various native Indian tribes in North America and has become a traditional folk remedy in North America.
It is mainly used in the treatment of digestive disorders, colds, whooping cough, painful menstruation and as an aid during childbirth.
From the leaves and flowering stems, a tea can be made that is carminative, rubefacing and stimulating.
This is used to treat colds because it promotes perspiration.
A tea mixed with brewer’s yeast can induce a miscarriage.
The essential oil is distilled from plants when they are in bloom and used medicinally in the same way as the leaves.
As mentioned before, caution is advised as pure essential oil is very toxic and ingestion can be lethal while contact with the skin can cause dermatitis.
Among other uses it should be noted that essential oil is used as an ingredient in commercial insect repellents and cleaning products.
The plant is also used as an insect repellent and when rubbed on the body, it is said to repel ticks.

Preparation Method –
The American pennyroyal must be harvested during flowering and can be used fresh or dried.
The leaves have a very strong mint aroma and flavor and with them you can prepare a refreshing tea that promotes good digestion, or they can be used as a culinary flavoring.
The essential oil of the plant is used by the food industry as a flavoring in drinks, ice cream, baked goods, etc.