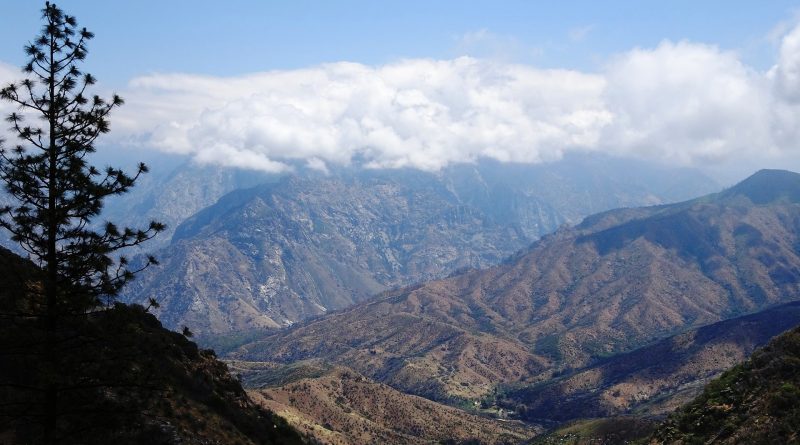 Kings Canyon National Park, whose WDPA Code is: 11115335 is a protected natural area in California located in the southern Sierra Nevada, approximately 90km east of Fresno and 250km north of Los Angeles.
This park was established in 1940 and covers an area of ​​1,873 km².
Kings Canyon National Park borders Sequoia National Park to the south, with which it forms a single administrative unit, Sequoia and Kings Canyon National Parks, managed by the National Park Service. The total area of ​​the two parks is 3,495 km².
The area in which the park falls was already known to settlers in the first half of the nineteenth century, but did not receive much attention until John Muir arrived there in 1873. Muir noted the great geological similarity with the Yosemite park, coming to the conclusion that both valleys were created by the action of large glaciers during the last ice age. Muir worked to make the area a protected area, but his future remained uncertain for nearly fifty years. Some politicians and entrepreneurs wanted to build a dam on the western side of the KIngs Canyon valley, which would compromise the integrity of its natural and forest heritage.
The debate ended in 1940, when proponents of its conservation managed to make it a national park, annexing the General Grant park (established in 1890) to form a single park. He was named in honor of the first director of the United States Geological Survey, Clarence King.

Environment –
The park is made up of two sections: the first, smaller but more important, includes the “Redwood Mountain” (Redwood Mountain Grove) and “General Grant” (General Grant Grove) forests. Redwood Mountain Grove is the largest natural forest of giant sequoia (Sequoiadendron giganteum) left in the world. It has an area of ​​1300 ha and there are over 15,800 redwoods with a trunk diameter at the base of 3 m.
The General Grant Grove is home to the General Grant sequoia, the second largest tree in the world by volume (after General Sherman, located in the adjacent Sequoia National Park).
The remaining section, which comprises 90% of the park area, is located east of the General Grant forest. Some tributaries of the Kings River and San Joaquin River are born here. A valley formed by one of them, the South Fork, called Kings Canyon, gives its name to the entire park. It has a depth of 2500 meters and is the deepest canyon in the United States [1].
To the east of the canyons rise the peaks of the Sierra Nevada, culminating in the North Palisade, the highest point in the park (4341m). The ridge of the Sierra forms the eastern boundary of the park. It is criss-crossed by many passes that are well-traveled in summer, including the Bishop Pass, Taboose Pass, Sawmill Pass and Kearsarge Pass, all at altitudes above 3400 meters. 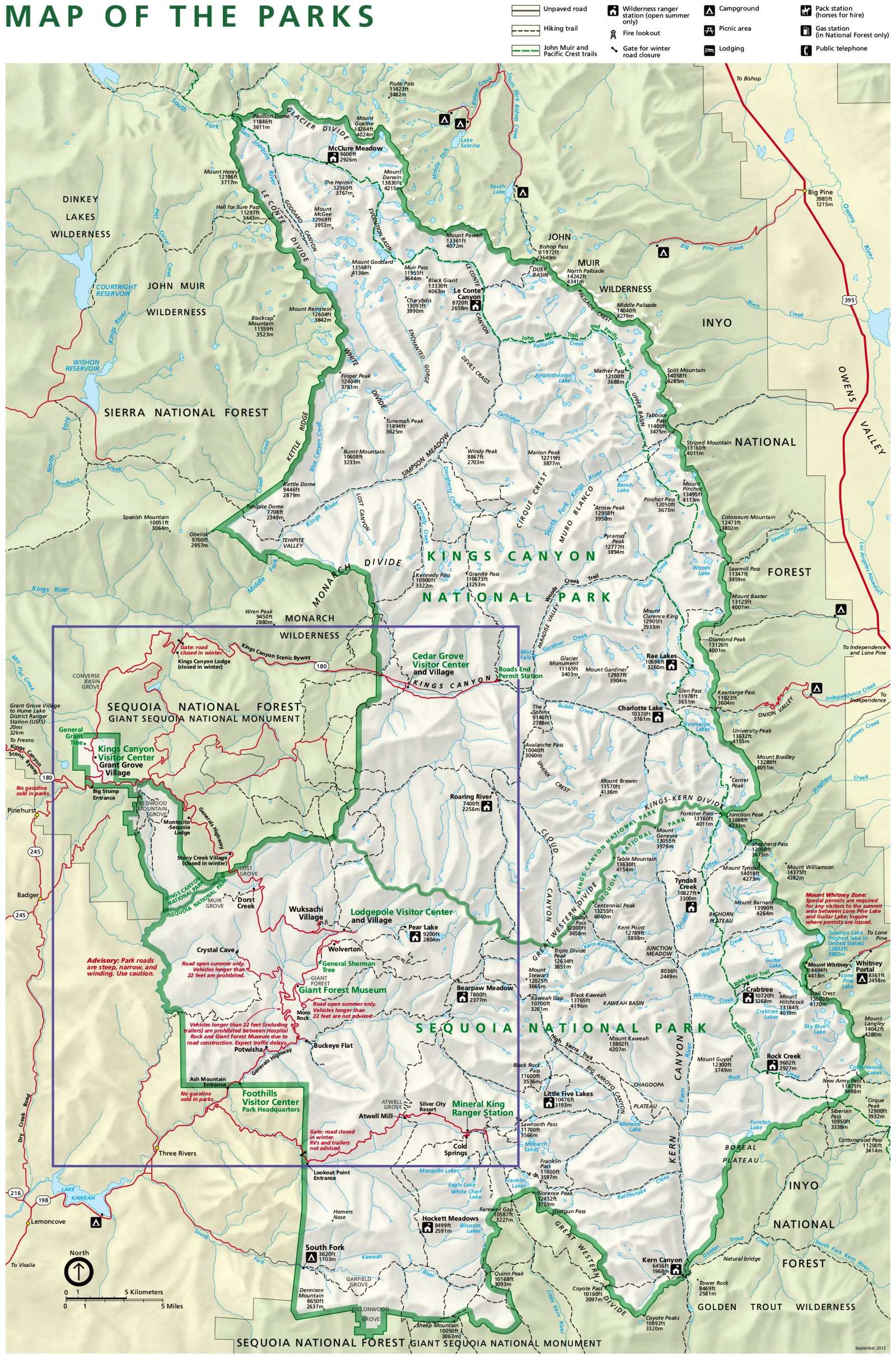 Fauna –
Kings Canyon and Sequoia National Park are home to 72 species of mammals. Commonly observed species include yellow-bellied marmots, mule deer, pika, and several species of squirrels, such as California ground squirrels, Douglas squirrels, golden-coated ground squirrels, and western gray squirrels. Most mammals are reserved and nocturnal and are rarely seen by park visitors. Examples include ringtails, spotted skunks, short-tailed weasels, and mountain lions.
There is an enormous diversity of habitat types in the parks, largely due to an elevation gradient ranging from 410 meters below the park headquarters to 4,418 meters at the top of Mt. Whitney, the highest point in the continental United States. Consequently, two groups of mammals are particularly different:
among the rodents there are 26 species ranging in size from the tiny mountain vole to the beaver, which can be 1.2 meters long and weigh over 27 kg. This group also includes mice, squirrels, rodents, squirrels, marmots, wood mice and porcupines.
Seventeen bat species live in Kings Canyon National Park, including several species of concern such as Townsend’s big-eared bat, pale bat, spotted bat, western mastiff bat, and western red bat. One in 5 mammal species in parks is a bat! Bats find food by emitting a high-frequency call and using their sensitive hearing to detect flying insect echoes. Three species in the parks make calls audible to the human ear – listen to them at night if you visit the parks. Bats are found from the lowest elevations of the park up to more than 3,000 meters.
The American black bear is an omnivore (eats both plants and animals) and often eats berries and lawn plants, claws on trunks or digs for insects, dangles from sugar pine branches to chase cones and forage for acorns in the fall. A male black bear weighs an average of 135 to 160 kg, and smaller females weigh 68 to 90 kg. Black bears can range in color from cinnamon brown to black, and some may have slight flare-ups on the chest.
The California grizzly was once found in these parks and was abundant throughout the state. Grizzly bears were exterminated in California in the 1920s. The California grizzly remains one of the most enduring symbols of the state, adorning both the state flag and seal.
Sierra Nevada bighorn sheep are the only mammal in the park listed as federally threatened under the Endangered Species Act. Pacific fisherman, wolverine, and red fox are also listed by the state as threatened in California and the bat Big-eared Townsend is a candidate for the state list.