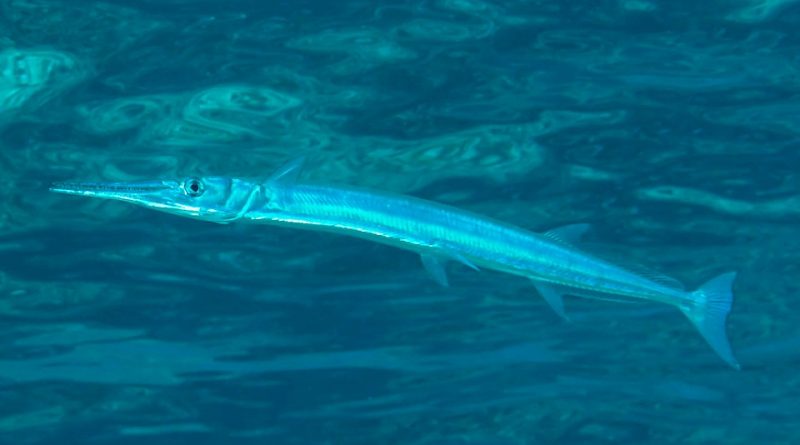 Systematics –
From a systematic point of view it belongs to:
Eukaryota Domain,
Kingdom Animalia,
Phylum Chordata,
Superclass Gnathostomata,
Actinopterygii class,
Subclass Neopterygii,
Infraclasse Teleostei,
Superorder Acanthopterygii,
Beloniformes order,
Suborder Belonoidei,
Belonidae family,
Genus Tylosurus,
T. acus species.
The terms are synonymous:
– Belone altipinna;
– Belone carribaea;
– Belone jonesii;
– Belone latimana;
– Sphyraena acus;
– Strongylura acus.
Within this species, the following subspecies are noted, although for some authors more subspecies are recognized:
– Tylosurus acus acus (Lacepede, 1803), present in the western Atlantic, from Massachusetts to Brazil and in the eastern Atlantic off Morocco and in the western Mediterranean;
– Tylosurus acus imperialis (Rafinesque, 1810), in the Mediterranean Sea and in the Cape Verde islands;
– Tylosurus acus melanotus (Bleeker, 1850), present in the islands of the Indo-western Pacific and oceanic islands in the Revillagigedo islands of the eastern tropical Pacific, in the island of Clipperton and in the island of Cocos.
– Tylosurus acus rafale Collette and Parin, 1970, in the Gulf of Guinea.

Geographic Distribution and Habitat –
The keel-jawed needlefish is a fish typical of the seas with warm waters and which is found in a large area that includes the Mediterranean Sea and in the tropical Atlantic Ocean, both the American and African shores.
This species is not common in the Italian seas but has been reported in Liguria, in the Tyrrhenian Sea and in Sicily and it is to be expected that its frequency will increase due to the tropicalization of the Mediterranean. A couple of different subspecies are found in the Indian and Pacific oceans.
It is a pelagic species and usually lives offshore, approaching the coasts in late summer. 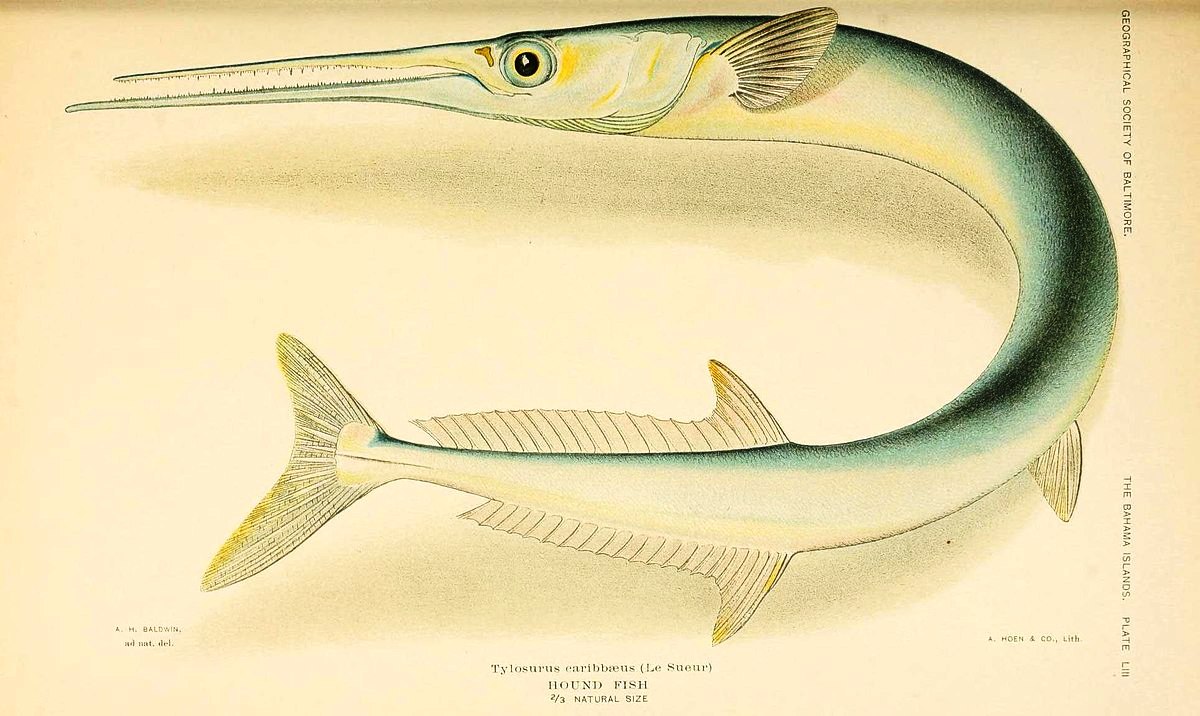 Biology –
Tylosurus acus is a pelagic species, which in certain periods comes close to the coast. Reproduction probably occurs in the open sea.
Eggs have adhesive filaments and can form aggregates on the surface or be attached to floating objects.

Ecological Role –
The keel-jawed needlefish is a carnivorous species that feeds on fish, especially saurian, clupeidae, flying fish and other small pelagic fish.
This species is caught with the same methods used for garfish. Given that it is often associated with shoals of saury, it can be caught in the purse seine used for fishing for this species.
The meat is as good as that of the garfish but, like this, it is depreciated by the green color of the bones.