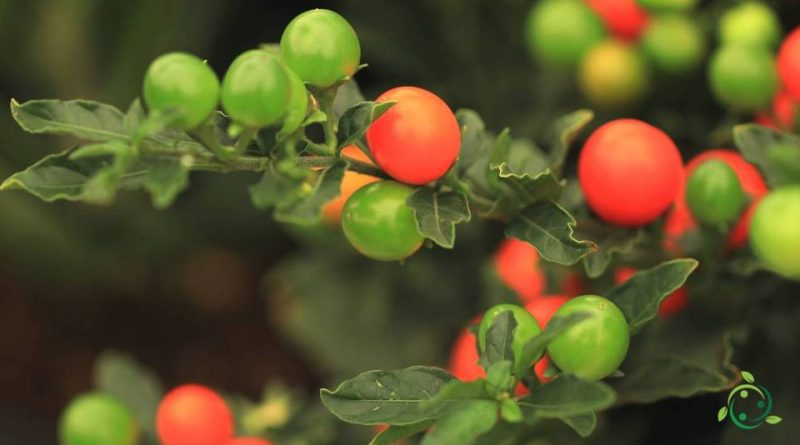 The term chromoplast, in botany, means a plastid that contains yellow or orange pigments such as xanthophylls or carotene present in flowers, fruits and other organs.
The chromoplasts are small organs present in the plant cell that have different morphologies and functions, in the cormophytes they divide:
– green chloroplasts, responsible for photosynthesis;
– colorless leukoplasts with accumulation function mainly starch (amidoplasts), lipids (oleoplasts) or proteins (proteinoplasts);
– chromoplasts that accumulate yellow, orange and red carotenoids and have a vexillary function, giving those colors to petals and fruits.
The chromoplasts have the function of synthesizing and accumulating pigments such as carotenoids, xanthophylls and anthocyanins and are devoid of chlorophyll. The chromoplast stage often follows the initial one of chloroplast, therefore it represents a terminal phase of the life of the plastid, the one in which protein degradation takes place and the highlighting of the lipid component and the soluble pigments in it. the chromoplasts are therefore responsible for the orange, red and yellow color of flowers, fruits and roots (such as carrot or other roots).

If the chromoplasts are present in epigeal organs, they contribute, with the conferment of color, to the vexillar function.
In chromoplasts there is an extensive system of membranes but there are no grains, pigments can be associated with membranes or diffused in the stroma in the form of crystals, filamentous bodies or droplets (called plastoglobules).
From the point of view of genesis, chromoplasts can have different origins:
– from proplastids or leucoplasts (eg beet and carrot);
– from chloroplasts following the demolition of chlorophyll, synthesis of carotenoids and disappearance of the lamellar system (eg in tomatoes). The development of the chromoplast is accompanied by a massive induction of enzymes that catalyze the biosynthesis of carotenoids;
They can be assimilated to chromoplasts but differentiated by the fact that in them no synthesis of carotenoids takes place ex novo, gerontoplasts are included; these are organelles that result from irreversible degradation processes in the chloroplasts of senescent leaves.