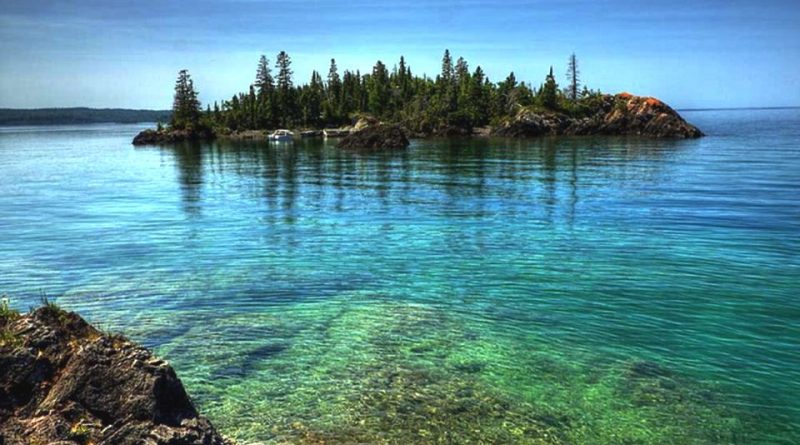 Isle Royale National Park, whose WDPA Code is: 977 is a protected natural area located in Keweenaw County, Michigan, in the territory of the United States of America.
This park has a land area of ​​2,314 km² and is managed by the National Park Service.
Isle Royale National Park is made up of Isle Royale and some 450 other small islands of Lake Superior, as well as the surrounding waters.
From a historical point of view, the Isle Royale island was already frequented more than 5000 years ago for the extraction of copper, whose deposits are abundant in the area. While there was no evidence of permanent settlements, the native populations of the area practiced hunting and fishing on the islands of the lake, probably setting up some summer camps there.
The first European travelers to reach the islands were Jesuit missionaries and fur traders from France, who established the first contacts with the Ojibways present in the area. Starting in 1860, with the discovery of the large copper deposits, new copper mines were opened in Isle Royale, which in many cases exploited the wells already opened in prehistoric times; a little later some fishing communities settled there.
Starting in the thirties of the twentieth century, with the idea of ​​establishing a protected area, the federal government began to acquire the lands, removing the small communities residing on the islands; on April 3, 1940 the park was established, which was expanded to include other islands two years later.
From a naturalistic point of view, the isolation of the island has allowed the plants and animals of the Isle of Royale to develop communities of different species than neighboring Ontario or Minnesota. Although many of the original animal species, such as the wood caribou, were eliminated during copper mining attempts, many interesting and unique relationships between plants and animals still exist today. While the best-known study focused on the relationship between moose and wolves, the island’s flora and fauna have served as research tools for topics ranging from ancient climate change to the long-term effects of pesticide use. 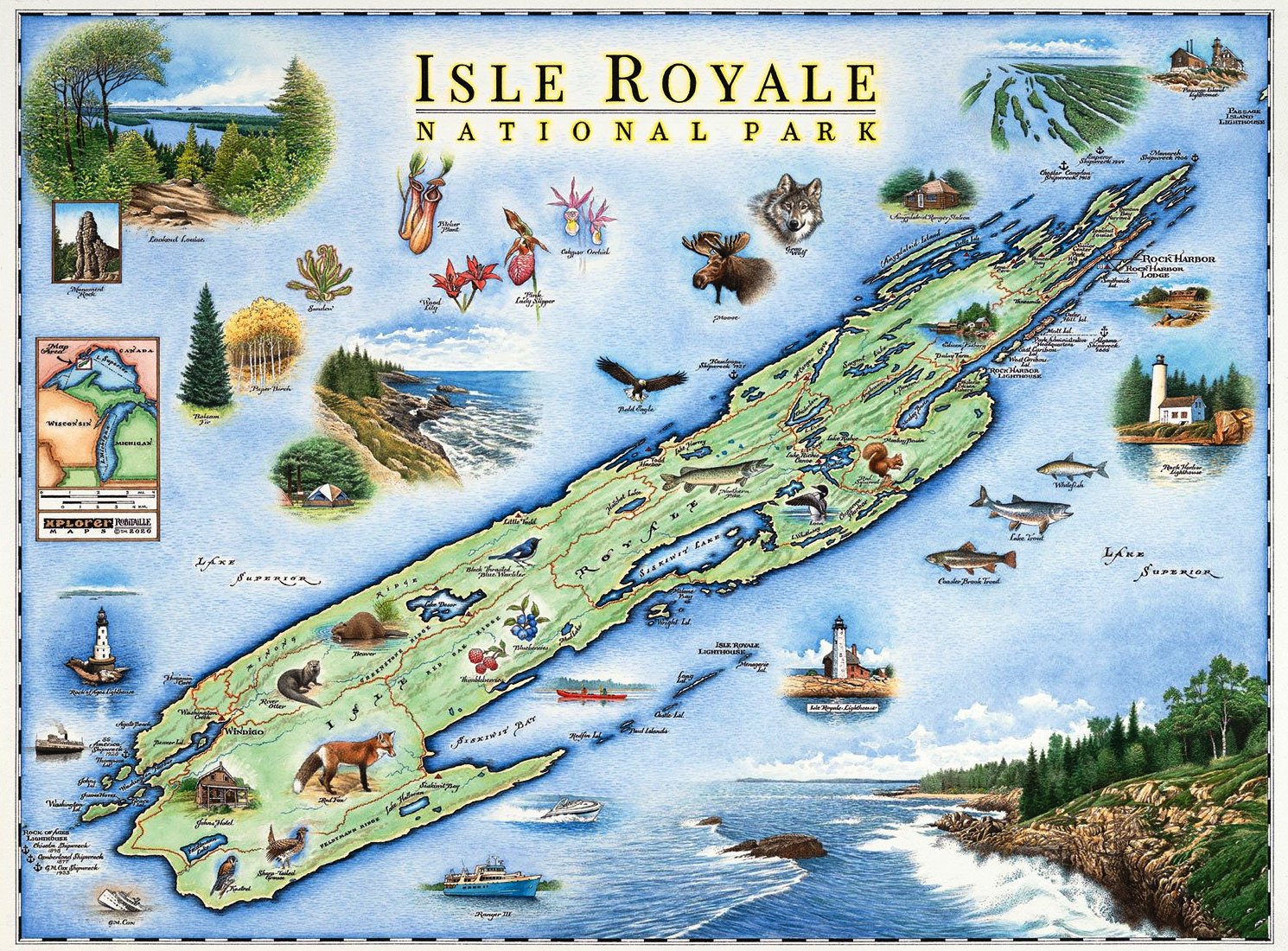 Fauna –
Isle Royale National Park is famous for its population of wolves and moose, which have long been studied in this habitat in their predator-prey relationship in the wild.
In addition to wolves and moose, there are also beavers, muskrats, minks, weasels, snowshoe hares, gray squirrels, red foxes, wapiti, black bears, bears and skunks in the park.