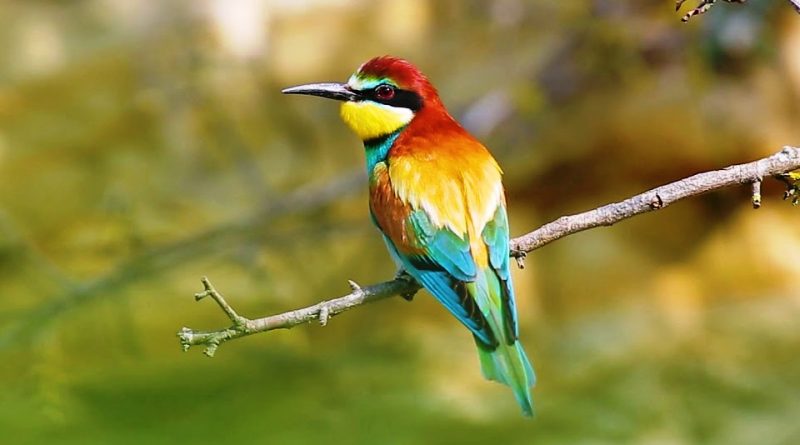 The European bee-eater (Merops apiaster Linnaeus, 1758) is a bird belonging to the Meropidae family.

Geographic Distribution and Habitat –
The European bee-eater is a species prevalent mainly in the Mediterranean basin; it nests in a good part of southern Europe, with some sporadic colony even further north, central and western Asia and along the Mediterranean coasts of Africa from Morocco to Tunisia. Wintering takes place after a long journey in Africa located south of the Sahara.
In Italy the nesting colonies are concentrated almost exclusively in the plains and hills.
Nesting at the highest altitude in the country has been ascertained on the Cosentina Sila (Calabria); the colonies identified for several years are at the highest altitudes as stable nesting, albeit with a number of pairs that vary from year to year and located at an altitude between about 1150 and 1180 meters above sea level. The species is very numerous in the Po Valley, along the Adriatic coast, in Tuscany, Umbria, Lazio and Sardinia, in recent years numerous sightings have been made throughout Sicily in Puglia and Basilicata. This bird arrives between the end of April and May and starts again in late August.
Its habitat is that of open environments with spontaneous and bushy vegetation with scattered trees and pylons, near river courses, woods with clearings, olive groves. During migrations, it is also frequent in wetlands and coastal areas. 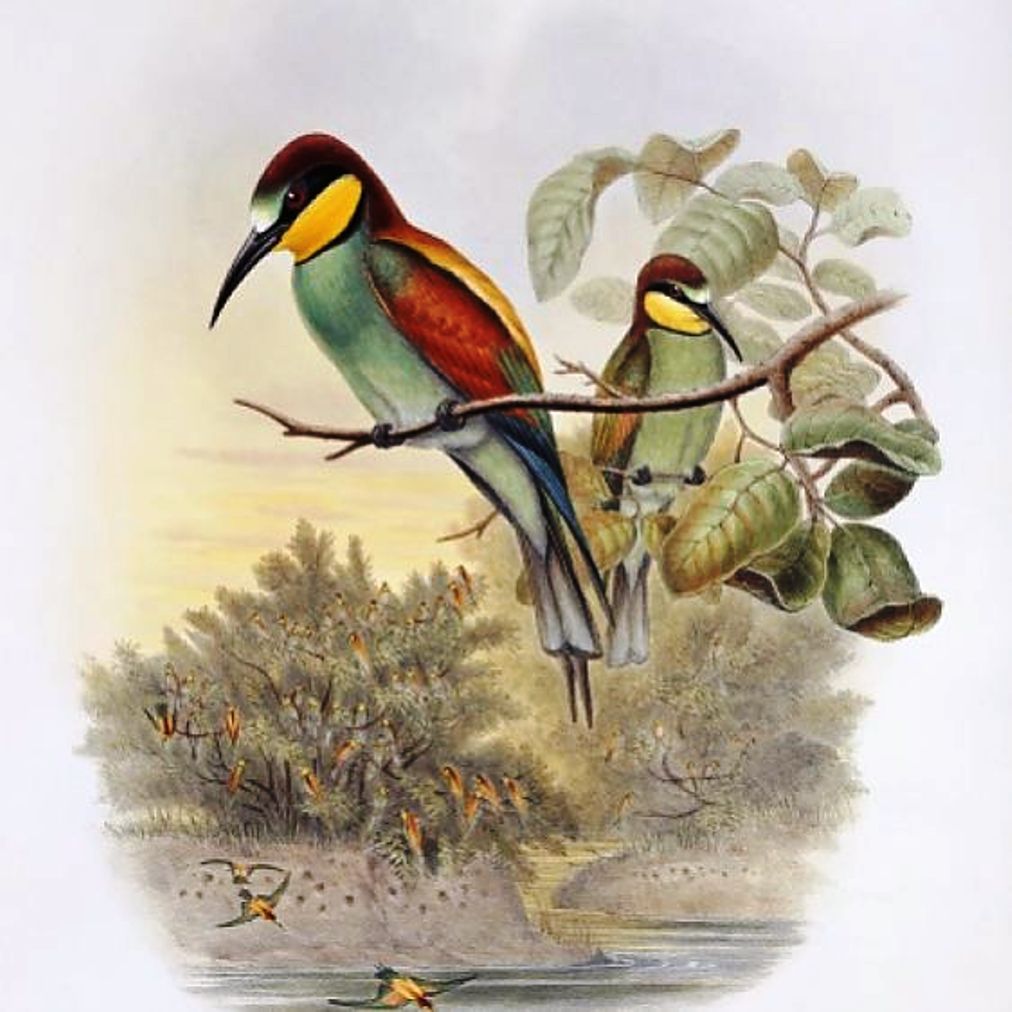 Description –
The Merops apiaster is a bird with a total length of 22-29 cm (including the tail feathers), a wingspan of 40 cm, for an average weight of 50-70 grams.
It is recognized for its characteristic colorful plumage, broadly brown above and blue below, it is also “painted” in yellow, green, black, and orange, with the two sexes very similar.
The beak is blackish in color, long and slightly curved downwards.
The legs are grayish-brown.
The chant is typical: nasal, liquid, audible from a distance: “criich-criich-criich” or “priich-priich” or “criichuich” or “prruich” repeated continuously.
The single sound normally indicates the position and absence of danger, the repeated sound is used as an alarm.

Biology –
The Merops apiaster is a sociable species that builds its nest in colonies in sand banks, preferably along the banks of rivers, in agricultural environments with scattered thickets, in vast clearings, in shrubs with sandy dunes, vineyards, pastures, steppes, usually early May. These birds dig a tunnel even 3-5 meters long at the bottom of which they lay 5-8 spherical eggs.
Usually the species carries out no more than one brood per year: if a couple finds a favorable place for the construction of the nest, others arrive to form real colonies.
Both the male and the female take care of the eggs which are hatched for about 20 days.

Ecological Role –
The Merops apiaster mainly feeds on insects caught in the air with sorties from a roost. When it comes to insects with stingers, such as bees, of which he is greedy, they are repeatedly hit on a hard surface, with the aid of the beak, also to remove the sting.
According to the IUCN Red List, the Merops apiaster is a species rated, at the moment, for Less Concern (LC).