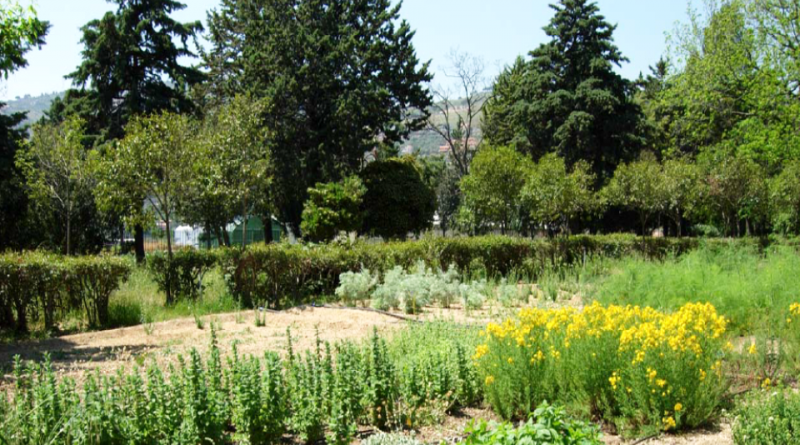 The aims of this project with the creation of the catalog fields of indigenous medicinal species by the Regional State Forestry Company are mainly two:
1) obtain plant material by culturing local ecotypes with medicinal properties, with particular reference to species used in the popular tradition of our island;
2) evaluate the quality of cultivated plants, compared to the same present in the spontaneous state, through
specific laboratory investigations.
The project, therefore, will be divided into two cycles of seasons starting from the spring of this year and will lead to the obtaining of plant material that will constitute the prerequisites for a study to be carried out with an immediately following project: from the analysis of the species used for the ‘preparation of the catalog fields, the presence of chemically active substances, beneficial for human health, will be determined, both according to the knowledge coming from popular use, and according to scientific sources relating to more recent studies

The “Fields catalog of officinal species” center will be built in the former “Luparello” nursery of the Regional State Forestry Company.
For the preparation of the catalog field, an area has been identified, with a total area of ​​1000 square meters (1 ara), where the interventions aimed at the open field cultivation of medicinal species will be carried out; an adjacent area will be used for the multiplication of plants (sowing and propagation of species by cutting).
The provision of water for irrigation will be constantly possible given the presence of a cistern at the edge of the former nursery itself.
The presence of a small service road inside the former nursery will allow access for staff and mechanical means to carry out the necessary interventions for the execution of the project. In the following paragraphs, a description of the cultivation techniques to be performed for the planting of the field and the maintenance of plant essences in the open air will be given.

Multiplication of species
The sowing and propagation operations of the plants will be carried out by hand, in special containers filled with organic soil. During the rooting phase, they require light water supplies that are adequate to the seasonal trend, generally 3-4mm distributed once a day. In the period of emergence of the seedlings, care will be taken to eliminate the weeds that may develop in the phytocells by entering into competition with the medicinal species.
In the case of propagation by seed, the phytocells of the small mesh nets will be placed over the phytocells for protection from birds.

Description of the executive methods and times of the agronomic works

The agronomic work will be carried out in economics by direct administration, with the help of mechanical means of the Regional State Forestry Company.
Before the necessary cultivation techniques, the elimination of the spontaneous vegetation is foreseen, with a mechanical brush cutter and the removal of a mulching sheet left over from a previous cultivation system, which will be collected at a later time by the Municipal Company. Environmental interventions.
The soil will be worked with a motor hoe supplied by the former nursery, with repeated passages in order to reach an earth movement of at least 40 cm in depth. The same operation will have the character of milling for breaking up the soil, necessary for a good penetration of water into the soil. In this phase, soil samples will be taken to be subjected to agrochemical analyzes by a specialized laboratory in order to establish the supply of nutritional elements. The same will be done for the water used for irrigation in order to know its content in dissolved salts.
Subsequently, organic fertilizer will be distributed, preferably in the form of manure. Since the use of chemical fertilizers is not foreseen, since these are plants potentially destined for healthy use, a green manure crop (field bean) will be sown to enrich the soil with nitrogen. The potassium contribution will be provided by a salt of organic origin (potassium sulphate).
The leveling of the ground will subsequently allow the following operations:
– system of irrigation pipelines
– laying of mulching film.

go to the PdF of the Catalog Field

Pipelines for irrigation
This project envisages the construction of a section of secondary irrigation system, to complete the existing main irrigation pipeline that extends from the cistern along one side of the area to be allocated to the catalog fields.
The system will be piped with polyethylene pipes and drips; the pipelines will be buried after the opening of special furrows and covered with the same resulting earth.
To complete the system, elements such as gate valves, brackets, filter are provided.

Mulching film
The laying on the area to be cultivated of a polyethylene film, covered with a layer of grit to keep it stable on the ground, will allow the control of the growth of weeds and will limit the evaporation of water from the soil during plant cultivation.
To allow the transplantation of the seedlings, special holes will be made on the surface of the sheet at a distance of 0.30 m both on the row and between the rows, which will correspond to the drip of the secondary irrigation pipeline.

The cultivation area of ​​an ara (1000 sq m), 20 m long, will be divided into 10 flower beds 1.50 m wide and 5 m long; a free strip of land will be left between the flower beds, 0 m wide , 50, to allow the passage to the workers during the cultivation operations. Inside the flowerbed, the seedlings, once ready for transplanting, will be placed at a distance of 0.30 m both on the row and between the rows; with this sixth the number of plants per bed will be 64.
Crop care, after transplanting, will consist of irrigation and elimination of weed seedlings that may develop in the soil, near the seedlings, at the hole in the mulching film.
For transplants, irrigations are required every 2-3 days for a quantity of water ranging from 5 to 8 mm.
The manual harvest will be performed according to the purpose of use of the plants (seed conservation for subsequent plant propagation, phytochemical investigations),
For the constitution of the catalog fields it is planned to use a total of ten, including species and ecotypes, of the spontaneous flora present in the territory of our island, which constitute chemotypes of particular naturalistic and scientific interest, some with interesting market prospects.

Procurement of plant material for the constitution of the catalog fields

The plant species that will constitute the fields in question will be obtained starting from seeds or parts of plants that are found in a spontaneous state in particular areas of our region. For this purpose, it will be appropriate to establish a specific collaboration with the Department of Botanical Sciences of the University of Palermo who will indicate a competent technician to establish times, places and methods of harvesting plants according to the floral biology.
The spontaneous medicinal species, known in the popular tradition of our region, but also in herbal use, which have been taken into consideration for the launch of the catalog fields, are the following:

These are spring-summer flowering species, except for the wild orange blossom, which blooms from November to May.
Other species to be used for the project in question will be agreed at a later time, depending on the floral biology and phytochemical investigations.
The amount of the project amounts to €. 7,300.00, of which €. 5,518.52 for works under direct administration relating to the actual creation of catalog fields and €. 1,781.48 for the purchase of PPE and various expenses related to the execution of the works.
The interventions, by their nature, will be carried out by this Department in economics for direct administration pursuant to Article 64 of the Regional Law 16/96 with the use of labor hired according to current regulations.
The equipment and materials will be purchased from firms authorized by this Department. The distinction between the amount of labor and the purchase of materials can be easily deduced by examining the NEED attached to this project

One thought on “Field catalog of medicinal plants”