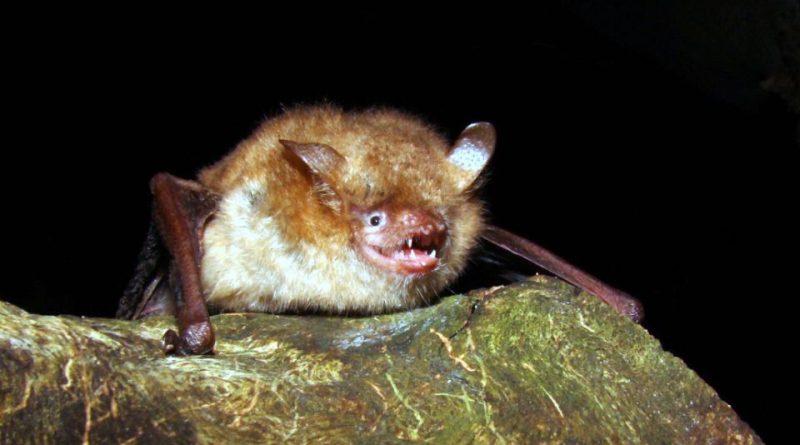 The Geoffroy’s bat (Myotis emarginatus E.Geoffroy, 1806) is a bat belonging to the Vespertilionidae family.

Geographic Distribution and Habitat –
The Geoffroy’s bat is a bat widespread in the Palearctic Ecozone, with a distribution that goes from western and southern Europe, north-western Africa, through the Caucasus and the near east to the Arabian Peninsula and north-eastern Afghanistan.
In Italy it is present in the alpine and central regions, in Calabria, Basilicata, Puglia and Sardinia.
Its habitat is that of woods in karst areas, in urban environments, parks, gardens up to 1,800 meters above sea level. 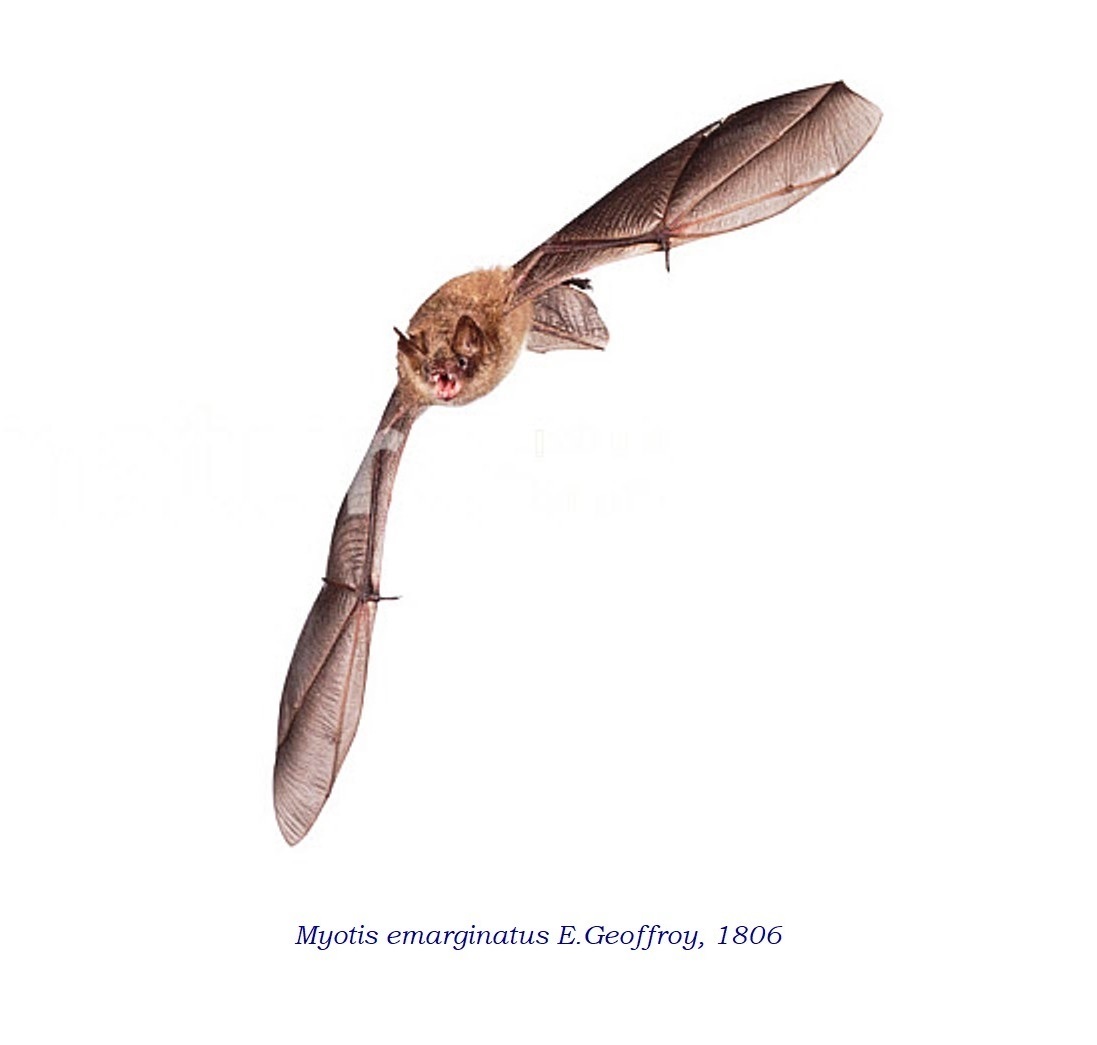 Description –
Myotis emarginatus is a small bat, with a head-body length of 41-53mm, a tail length of 38-46mm, forearm length of 36-42mm, ear length of 14-17mm , a wingspan of 22-24.5 cm, for a weight of 7-15 grams.
It is recognized for having a short, dense and woolly fur. The dorsal parts vary from greyish brown to bright reddish brown with the base of the hairs gray and the central part yellowish, while the ventral parts are grayish-yellowish or reddish light with the base of the hairs dark gray. The muzzle is reddish brown and covered with hair. The ears are brownish-greyish, relatively long and have a showy hollow about two thirds of the external margin. The tragus is more than half the length of the auricle, lanceolate and with a blunt end. The wing membranes are greyish-brown and attached posteriorly to the base of the big toe. The feet are small. The tip of the long tail extends slightly beyond the broad uropathage, the free edge of which is sprinkled with soft hair. The limestone is long and straight.
This bat emits high duty cycle ultrasound in the form of short duration pulses at an initial modulated frequency of 110 kHz, final of 39 kHz and maximum energy at 65 kHz.
The flight is slow and highly maneuvered, it can remain suspended in the air.

Biology –
In Myotis emarginatus the mating period takes place from autumn to the following spring.
The females, after a gestation lasting 50-60 days, give birth to one young at a time in the period from mid-June to the beginning of July.
The young are able to fly after one month and are weaned after 6-7 weeks. These bats reach sexual maturity after two years of age.
The maximum life expectancy is 18 years.

Ecological Role –
The Myotis emarginatus, which arrived in the summer period, takes refuge in the buildings, in the bat-boxes, in the cracks in the walls and in the hollows of the trees, in the northernmost part of its range while it prefers caves in the southernmost one. In the winter period it hibernates in the period from October to March or April, sometimes up to May in natural or artificial underground cavities with temperatures of 5-9 ° C.
It tends to form nurseries starting from April each with 20-1,000 females, while in this period the males live solitary.
It is a sedentary species with maximum displacements of 160 km.
This species feeds on insects, particularly diptera and lepidoptera, collected on branches, in vegetation, on walls or on the ground and the predatory activity begins about 40-45 minutes after sunset and is carried out at a short distance from the shelters and almost always in isolation.
According to the IUCN Red List, considering the vast range and the stable or expanding population at least in central Europe, this bat is classified as a species of minimal risk (LC).