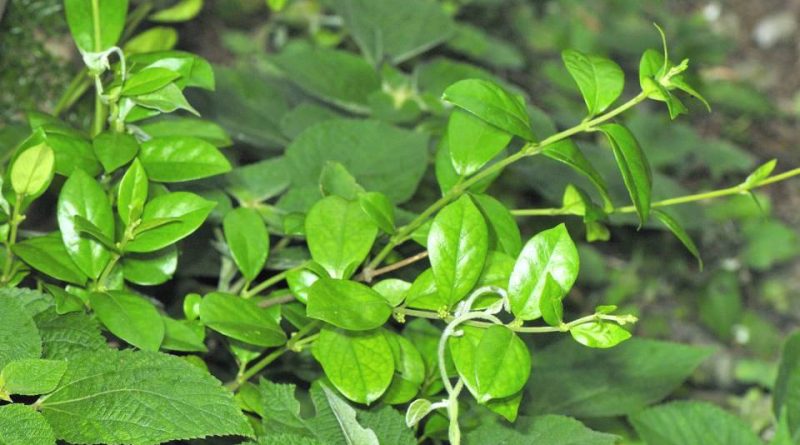 Geographic Distribution and Habitat –
Gymnema is a plant native to tropical Asia, China, the Arabian peninsula, Africa and Australia; it is widespread in tropical areas of Africa, Asia and Australia.
Its habitat is that of secondary forest, river forest and dry shrub savannah, generally on sandy or clayey soils. It has a sparse distribution and is locally abundant and common. 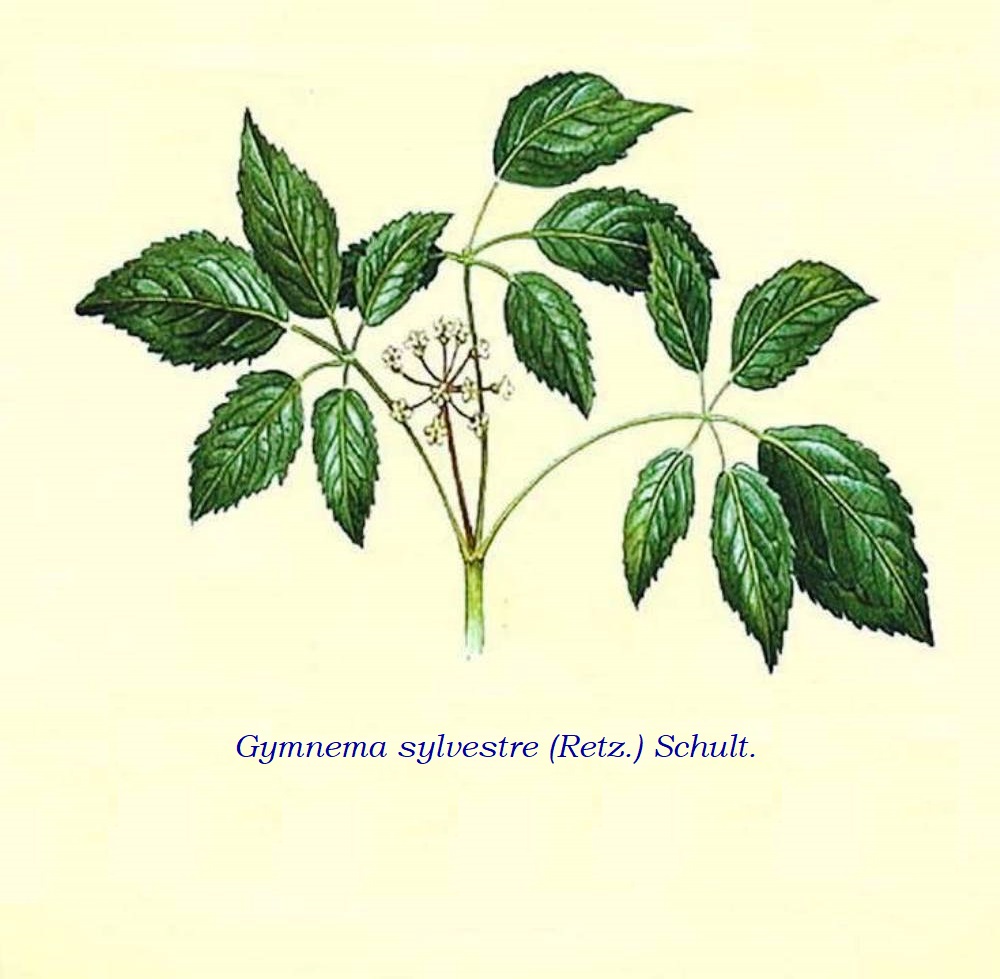 Description –
Gymnema sylvestre is a perennial and woody climbing plant that produces stems up to 3 meters long. The stems climb the ground, climbing into the surrounding vegetation.
The leaves have soft hairs on the upper surface and are oval-elongated in shape.
The flowers are collected in a small yellow, umbelliferous inflorescence that produces throughout the year.

Cultivation –
Gymnema sylvestre is a plant that grows spontaneously especially in areas with well-distributed rainfall of 600 – 1,000 mm per year.
The plant can be propagated by seed which should be sown early as it has a short period of vitality.

Customs and Traditions –
Gymnema is an Ayurvedic herb well known in the treatment of diabetes and is also used as a green vegetable.
This plant is harvested in the wild for local use and is also sold in local markets as a food and medicine.
The plant is used extensively in India and is also commonly sold in other countries around the world, usually via the internet.
In addition to being used in Chinese and Ayurvedic medicine for its hypoglycemic properties, it has recently been known and used in the West, after medical studies have evaluated that it interferes with the absorption of glucose in the intestine.
The leaves and extracts contain gymnemic acids, the main bioactive constituents that interact with the taste receptors on the tongue to temporarily suppress the taste of sweetness. When the leaves are chewed, the ability to taste sweetness is temporarily lost.
The active ingredient (gymnemic acid) is a molecule similar to that of glucose but larger in size and is extracted from the leaves. The action of gymnemic acid seems to take place at 2 levels in our organism:
– in the intestine, where the glucose receptor is reversibly blocked, reducing the absorption of sugars by 50%. The block is established already 60 minutes after administration;
– at the level of the taste buds, where the bond with the glucose receptor has the effect of altering the perception of sweet taste, without changing that of salty and bitter.
Simultaneous use with oral hypoglycemic agents is not recommended or in any case it is advisable to pay attention to their dosage, because they could, in association, cause hypoglycemia.
Furthermore, Gymnema sylvestre has been successfully used as an adjuvant in diets aimed at weight loss, sometimes also associated with Garcinia cambogia.
In medicinal uses, both roots and leaves can be used.
Studies have shown that leaf powder can exert an antidiabetic effect through a number of pathways, including by decreasing the absorption of glucose from the small intestine; improvements in glycogen synthesis, glycolysis, gluconeogenesis and hepatic and muscle glucose uptake; as well as the reversal of glycosylation of hemoglobin and plasma proteins.
The plant also acts as an antidote, astringent, diuretic, emetic, hypoglycemic, purgative, refrigerant, gastric and tonic.
All parts are used for the treatment of rheumatism, inflammation of blood vessels, hemorrhoids and snakebites.
The leaves are used in the treatment of fevers and coughs.
The powder from the leaves also helps prevent tooth decay.

Preparation Method –
The Gymnema, as reported, can be used for both food and medicinal purposes.
The leaves can be eaten both raw and cooked, eaten as a vegetable or added to soups.
The leaves, for a short time, after being eaten, have the ability to make even bitter foods sweet.
In India and China, bitter leaves are known as “sugar destroyers”, as the perception of sweetness is blocked for some time.
Fruit can be eaten cooked; it is toasted, then peeled and eaten, after having discarded the seeds. The taste is similar to that of potatoes.
As for medicinal use, the leaves applied externally are combined with castor oil and used as a poultice to treat swollen glands.
The roots are considered a useful antidote to snakebite: they are applied to the wound as a powder, made into a paste with water or administered internally as a decoction.
Pounded and cooked roots are added to food and eaten as a treatment for epilepsy.
Pounded cooked root or root powder is applied externally to treat skin blisters.