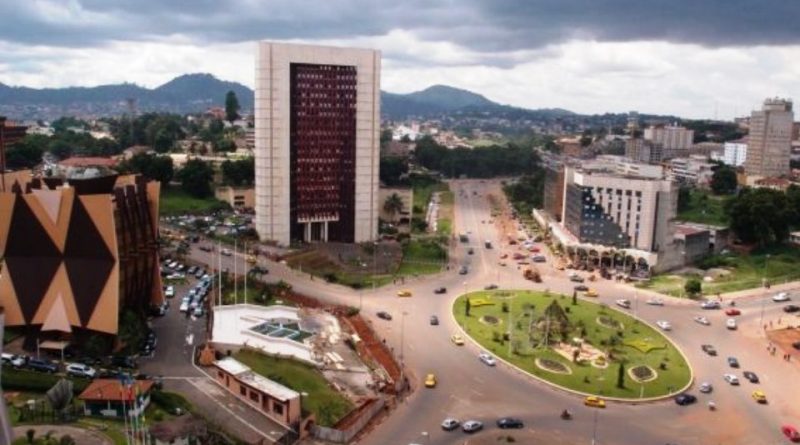 Geography –
The Central African Republic has a territory, which stretches in a latitudinal sense for over 1300 km, includes a large stretch of the watershed between the contiguous basins of Chad, Congo and the Nile. The prevailing morphology consists of a series of plateaus modeled in crystalline rocks of the pre-paleozoic basement, which lie at an average altitude of over 500 m and are partially covered by Mesozoic sediments. The topography rises at both ends, with the Bongos mountains (1368 m) to the east forming the watershed with the White Nile, while to the west the Yadé mountains (1420 m) act as a watershed with the Chad and Sanaga basin (Cameroon ).
It has a highly articulated hydrographic system and is divided into two main basins: the northern one of Lake Chad (40% of the surface of the territory) fed by the Chari and the Logone, and the southern one of the Congo (60% of the surface) an important right tributary, the Oubangui. It follows the border with Congo for a long stretch of the route and is the main communication route between the Congo basin and the upper Nile basin. Despite the presence of numerous rapids it is navigable in every season.

Climate –
The climate of the Central African Republic varies a lot with latitude: in the southern regions it is tropical with two seasons and average annual temperatures around 24 ° C, strong daily temperature variations and rainfall exceeding 1500 mm per year during the rainy season. In the northern regions the climate takes on Sahelian characteristics with a decrease in rainfall below 1000 mm concentrated in a short summer season. 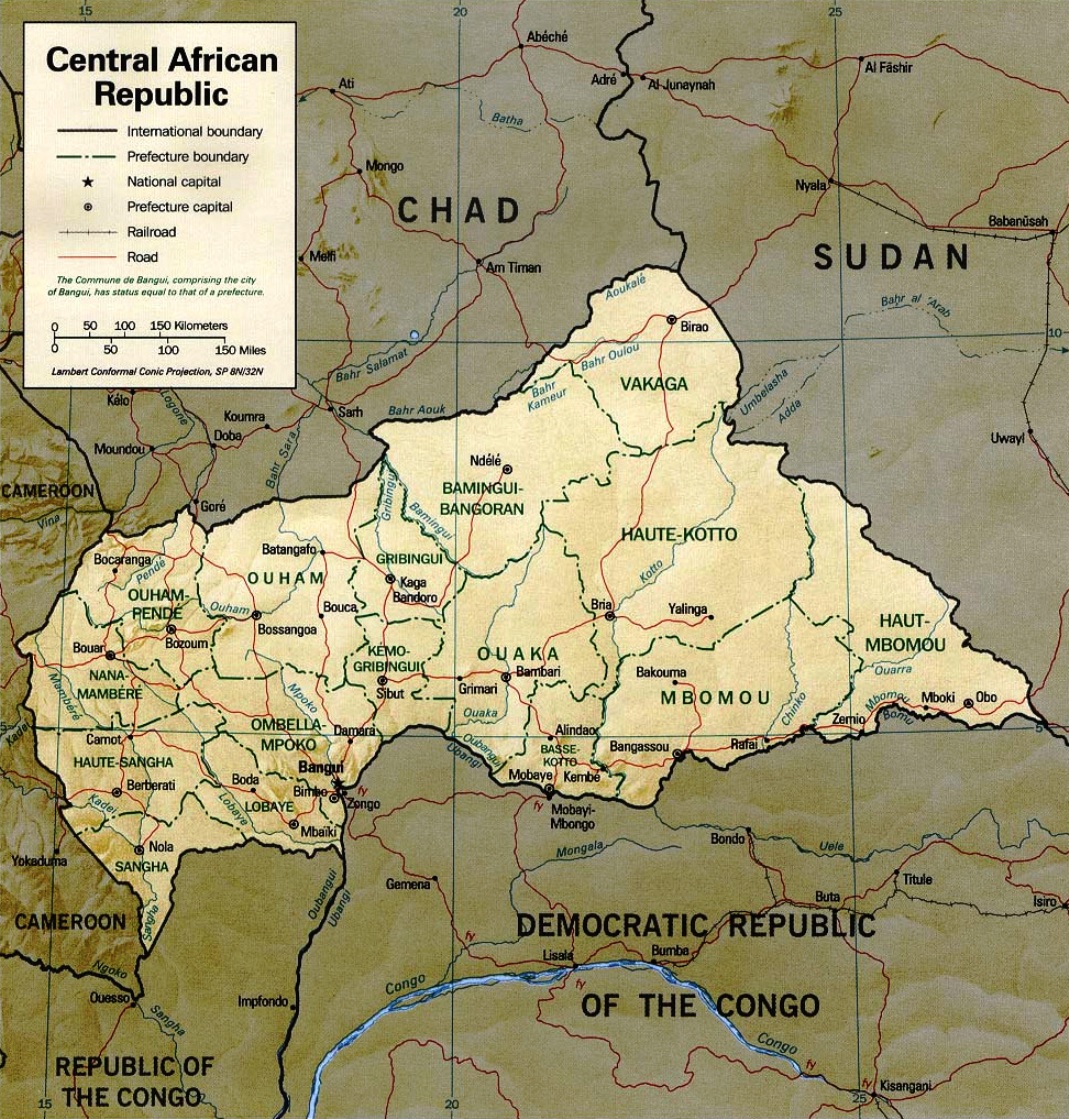 Flora-
Central Africa is one of the richest countries in the world in terms of biological diversity. It has a great variety of biotopes: from the shrubby savannah of the north-east to the primary rainforest of the south-southwest.
The great threat of this region, in addition to the wars that have followed and are continuing, is due to the exploitation concessions that the administration grants in an obscure way and which often do not respect any forest sustainability plan. The strong presence of Asian companies, which have privileged and direct agreements with the competent ministries, aggravates the situation.
The south still remains relatively rich and the forest still partially preserved.
Different types of vegetation correspond to its variable climatic conditions: while in the northern regions the more arid savannah dominated by shrubs and thorny acacias prevails, in the southern areas the vegetation becomes denser until it assumes the characteristics of the rainforest in the south-western part of the country.
In the northwestern basin of the Congo River is one of the three national parks that form the Sangha Trinational, a site that is part of the UNESCO heritage. The other two parks belong to Cameroon and the Republic of Congo.

Fauna –
The fauna present is the richest in wild animals in all of Africa: in addition to the elephant, the lion, the leopard, the antelope, the gazelle and numerous varieties of monkeys are widespread. The national parks of André-Felix, Bamingui-Bangoran and Saint-Floris, as well as three large reserves, help to preserve the natural heritage.
Consequently, there are many plant and animal species that it hosts. Or rather, it housed. In fact, the north and north-east, which were one of the most spectacular wildlife containers in the world and which still today host protected lands for more than 80,000 km² (as much as Portugal), are constant objects of predatory fury by the populations. from Chad and Sudan. These enter with the flocks and with Kalashnikov blows they kill the large mammals present: giraffe (only for the tail), elephant (for the ivory), hippopotamus (for the precious teeth) and all the large gazelles because of the meat. The rhino has been extinct since 1972, along with other animals such as the cheetah. The elephant population is decimated, as is that of the lion, of which there have been very few sightings since 2007.
Because of the civil war and the poverty of the country, the state does not exercise any control in this region, which is rather in the hands of local leaders of foreign origin who control the seasonal migratory influences of hunters. The European Union has been trying for several years to support the country in safeguarding its nature through ECOFAC projects, but the effects are minimal, without any participation by successive governments. The latest administrations have indeed contradicted previous laws and still in force, according to which it is not possible to search for diamonds in protected areas, and has granted exploitation concessions that have contributed to the devastation already present.
Important populations of forest elephants, bongos and large primates are still present and lowland gorillas can be observed in a small environmental paradise that is Dzanga Sangha, near Bayanga. Here an environmental adaptation program was carried out by the Italian biologist Chloé Cipolletta, thanks to which a gorilla family can be reached with a two-hour walk from the base. The American biologist Andrea Turkalo has also been in the same area for many years, studying the social and environmental interactions of elephants near the Dzanga Bai salt pan.