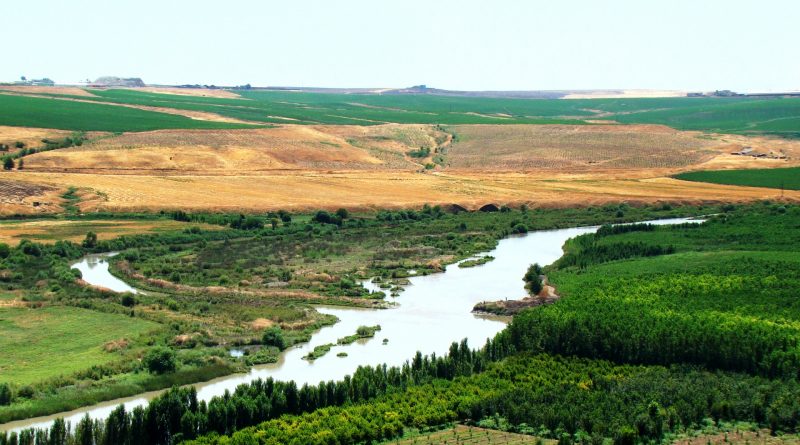 The Sumerians are considered by historians to be the first urban civilization, together with that of ancient Egypt and that of the Indus River.
The Sumerians were great farmers.
The land of origin of the Sumerians is still unknown today, but one thing is certain: the Sumerians were not a population of Semitic lineage.
Archaeological evidence would show that around 4000 BC the Sumerians lived in the mountains north of Mesopotamia (Zagros mountains), in the Iranian plateau, near the current border with Turkey. Around 3500 BC this population would have come down from the mountains to occupy the lower Mesopotamia, at the confluence of the Tigris and the Euphrates. Other scholars have instead looked for similarities between the Sumerian language and the ancient Turkish dialects and Indochinese languages, but despite the efforts made, the origin of the Sumerians still remains uncertain. Finally, some literary allusions seem instead to indicate that the Sumerians came from the sea.
It also makes little sense to ask when the Sumerians arrived in Mesopotamia, also for the fact that it is not sure that their “arrival” was a precisely datable migratory phenomenon.
It is more likely that it was a gradual and slow infiltration that led to integration with local cultures.
The analysis of the Sumerian lexicon is evidence of the fact that Sumerian culture originated from multiple integrated cultural complexes.
Many terms relating to the basic productive functions (for example the words referring to the manufacture of beer, agriculture, leather, constructions, etc.) are not of Sumerian origin, but to be attributed to a substrate language, with probable connections in the Iranian area, while words that refer to more specialized functions and of a managerial-administrative type are clearly of Sumerian origin. Furthermore, many other words relating to the functions of mobility and control are of Semitic origin.
It is certain that the Sumerians, after their arrival, find themselves living together and integrating with two populations: the Semites, who were more relevant in the northern areas, and a population of indigenous non-Sumerian substratum. The Sumerians settled mainly in lower Mesopotamia, the territory where their major cities were built.

The crops –
Mesopotamia is a very dry area where it almost never rains, but the ancient Sumerians managed to exploit the waters of the rivers and make it fertile. They built canals, embankments and dams; the canals were used to transport flood water to more distant territories; the embankments prevented the flooding of fields and villages during floods; while the dams served as reservoirs for the summer season when the water decreased.
They mainly cultivated cereals (wheat, barley), legumes, vegetables, textile plants and more. To work the fields they used sickles and the plow pulled by animals.
The Sumerians raised oxen, sheep, goats, pigs, from which they obtained food, wool and skins, and donkeys used as transport animals.
Agriculture was the basis of the Sumerian economy. The first written documents of the proto-dynastic period, integrated with archaeological and paleo-ecological data, allow to shed light on the type of crops and cultivation methods used.

Irrigation techniques –
Although the earliest cultivation practices in the Middle East date back to at least 7000 BC, it is with the arrival of the Sumerians that agriculture makes a great leap forward, especially thanks to their ability to build irrigation systems. From the Uruk period, the animal-drawn plow and extensive irrigation were introduced, thus favoring a rich agricultural production. As Mesopotamia is a drought-prone territory, the fields were created in the areas adjacent to the canals. These were built at a higher level than the surrounding plain, allowing water to flow naturally into agricultural land.
The finds tell us that the fields overlooked the canal on the short side and were irrigated and plowed in the direction of the long side; this made it possible to irrigate a greater number of fields. The crops were therefore arranged in a “double comb” around the canals. Not all the land was cultivated, but a two-year rotation was carried out, leaving the fields used the previous year to rest. The yields, at least initially, were very good, on the order of 20: 1 or even 30: 1.
The cultivation order provided that the areas adjacent to the canals were cultivated with onions, garlic, legumes and date palms and also olives with which they could make oil. While the lands most difficult to reach by irrigation were destined for cereals: barley, wheat, spelled.
However, the Sumerians also encountered management and cultivation errors; the Sumerian tablets, in fact, tell us that already from the proto-dynastic period many fields were abandoned due to excessive salinization, due to the fact that the undrained water, evaporating, leaves salts on the ground. This occurred above all in the flat territories of southern Mesopotamia, and here, therefore, barley (more resistant) was almost exclusively cultivated, while in the north there was a substantial balance between barley, wheat and spelled. Barley was also used to produce beer, which probably had a denser consistency than the current one, given that in some reliefs the characters represented drink it through straws.
As for barley and cereals in general, plowing and sowing were carried out simultaneously thanks to a seeder. At the time of the harvest, the men work in groups of three: a mower, a nester and a third whose exact job is not known. After the harvest, the farmers used threshing wagons to separate the heads of the cereals from the stalks and then a threshing tow to collect the grains.
The peasants could not keep most of the harvest as about two thirds of it was transported to the temple or palace warehouses. 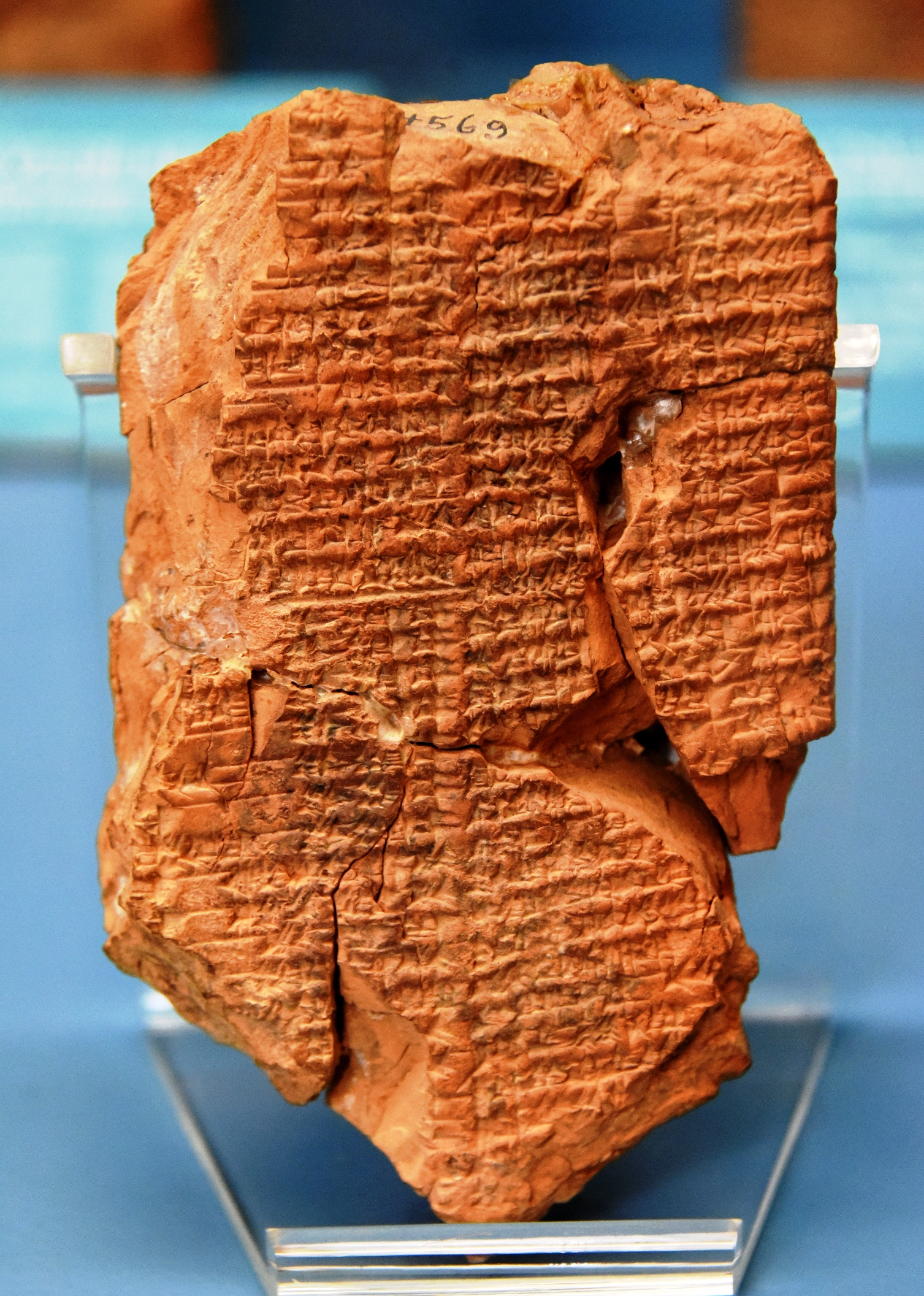 The First Agriculture Handbook –
To better understand agriculture among the Sumerians, we come across a discovery that can be considered the first agricultural manual in history. It is a tablet found in Nippur. Nippur was one of the oldest cities in Mesopotamia, the seat of the cult of the Sumerian god Enlil, lord of the universe.
This tablet is in fact made up of a series of instructions addressed by a farmer to his child about the agricultural activities to be carried out to obtain a good harvest. The first part of the transcript reads as follows: “In the time gone by, a factor gave these advice to his son: on the verge of cultivating your field, take care to open the irrigation channels so that the water does not reach into the field. a level too high. When you have drained it of water, watch over the damp earth to keep it level; do not allow any stray ox to step on it. Hunt stray beasts and treat this field as solid ground. Dig it up with heavy hammers not more than 2/3 pounds each. The stubble (?) of the field will have to be torn by hand and tied in sheaves. Its cracks will have to be harrowed and all four sides will be fenced. divided into equal sectors. The tools vibrate with activity (?). The yoke bar will have to be reinforced, your new whip fixed with nails and the handle of the old one repaired by the children of the laborers. “.