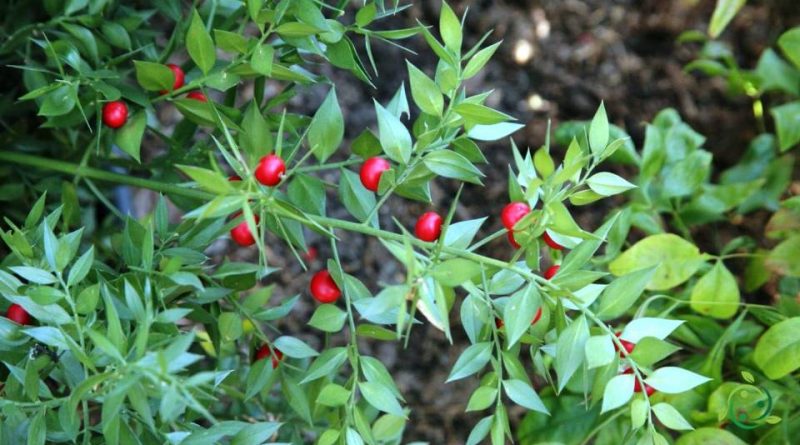 Propagation by seed –
Propagation by seed is a technique that takes a very long time as the seeds are protected by a protective covering that leads them to germinate after months. The sowing operation must be performed in a humid and warm soil. After a period of about 4 months, when the shoots are clearly visible, the seedbed should be moved outdoors to allow the young seedlings to be strengthened. After about three weeks, also depending on the climatic trend, the plants can be planted permanently.

Propagation by tufts –
This multiplication technique is the most adopted also for its simplicity and speed of obtaining already formed seedlings.
To be sure of a good engraftment it is good to carry out the division of the tufts using a sharp and disinfected knife. The operation must be performed during the winter.
The tufts obtained are then put to root, preferably, in a mixture of sand and peat (2: 1), waiting a few weeks for perfect rooting to take place.

Plant –
The butcher’s broom must be planted in spring or autumn. To favor the rooting and harmonious development of the rhizome, autumn is generally preferred, especially if the climate is mild. In mountainous regions, the planting must be done in spring instead.
It is advisable to prepare holes as wide and as deep as three times the bread of earth. At the bottom of the holes it is advisable to put draining material, after which the young seedlings are placed, covered with more organic soil than the rooting one and compacted slightly.
In all stages of propagation the substrate must be kept constantly humid but avoiding any possible stagnation.