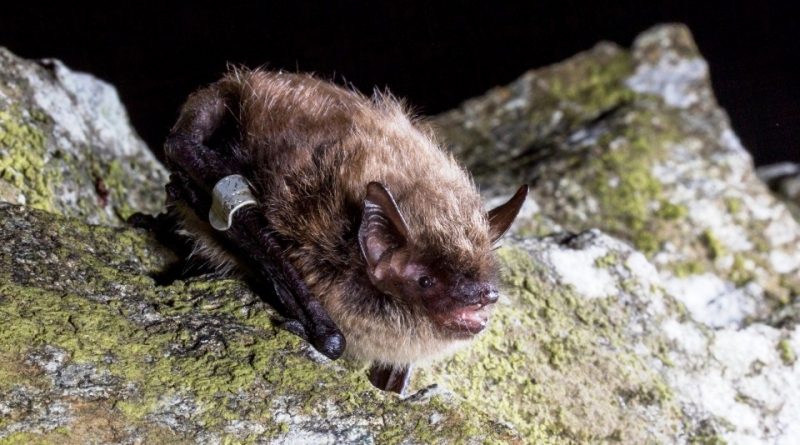 The Whiskered bat (Myotis mystacinus Kuhl, 1817) is a bat belonging to the Vespertilionidae family.

Geographic Distribution and Habitat –
Myotis mystacinus is a bat widespread in the Palearctic Ecozone and present from Europe (as far north as Ireland, Great Britain and Scandinavia) and from Morocco (not known elsewhere in North Africa) to north-eastern China, through the Caucasus , Central Asia, Iran and the Himalayan regions; it is also present in the major islands of the Mediterranean, with the exception of the Balearics and Cyprus; not reported for the Maltese Archipelago.
Its presence in Italy seems confirmed for the northern and central regions, for Sicily and Sardinia, and it is very probable for the rest of the peninsula.
However, its range could be more limited since many observations assigned to this species could refer to the recently described and morphologically very similar vespertilio of Alcatoe. This could also be the case in Italy where a certain presence has been confirmed only in the northern regions.
Its habitat is that of forests, city parks, gardens, scrublands, grasslands, steppes, semi-desert areas and wooded lands near water sources up to 1,920 meters above sea level. 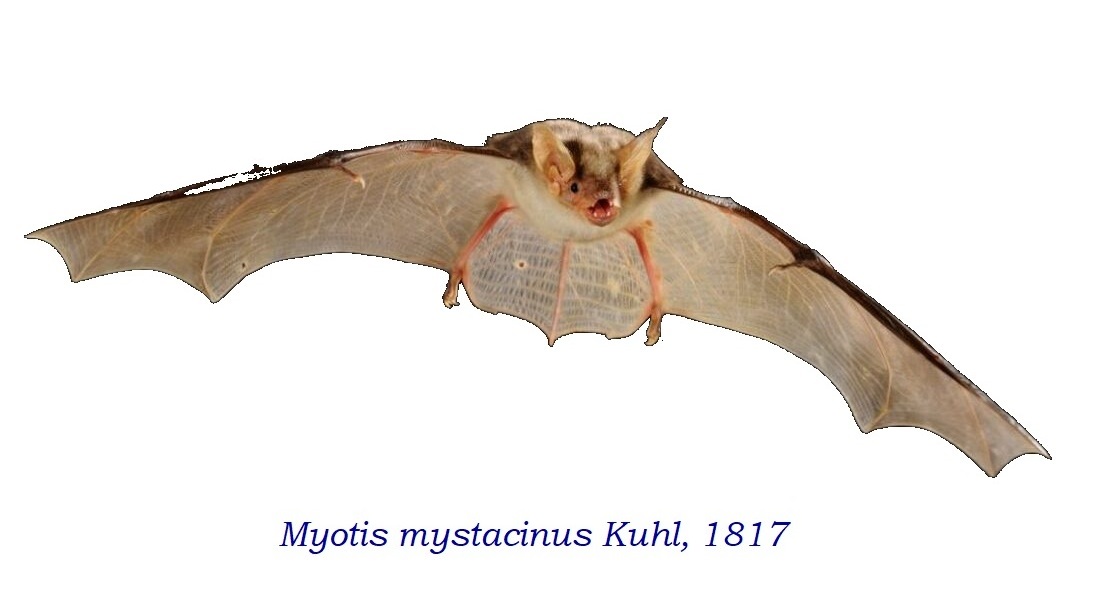 Description –
The Whiskered bat is a bat with a head-body length of 35-48mm, tail length of 30-43mm, forearm length of 32-37mm, foot length of 7-8mm, ear length of 12-17 mm, for a weight that varies between 4 and 8 grams.
It is recognized for having a long, dense and silky fur.
The dorsal parts are brownish-greyish with the base of the hairs blackish, while the ventral parts vary from gray to creamy white with the base of the hairs brownish-blackish.
The muzzle is blackish in color, covered with a few hairs and with small glandular masses between the eyes and ears.
The upper lip is fringed with small bristles.
It has small eyes that are partially hidden in the fur.
The ears are blackish, moderately long, narrow, with the upper half of the outer margin straight and a hollow about half of its length.
The tragus is long, narrow, pointed, with a straight inner margin and slightly bent forward.
The wing membranes are blackish in color, attached posteriorly to the base of the toes, which are small and with long hairs between the claws.
The tip of the tail extends slightly beyond the uropathagus.
The limestone has no fairing.
The penis is thin, with no bulges at the tip.
This bat emits high duty cycle ultrasound in the form of short duration modulated frequency pulses starting at 105 kHz, final at 33 kHz and maximum energy at 62 kHz.
The flight is slow and highly maneuvered, close to the ground or in the vicinity of isolated trees at least 6 meters high.

Biology –
Mating of Myotis mystacinus takes place from autumn to summer. Females reach sexual maturity after one year of life.
It takes refuge singly or in groups of up to 600 individuals in summer in buildings, in tree cavities, among rock masses and during the winter in underground caves, mines and cellars with temperatures of 2-8 ° C and high humidity. where it hibernates between October and March.
This species uses bird nests and bat boxes. The sexes then separate in May and the pregnant females establish small colonies during the summer, while the males tend to be solitary.
This species gives one young at a time, in the period of June or in early July; the young are weaned after 6 weeks.
The life expectancy in captivity is up to 23 years, while the average in the wild does not exceed 5.

Ecological Role –
The predatory activity of Myotis mystacinus begins at sunset, sometimes even with daylight even in winter and probably makes only one night out and then returns before dawn.
This species makes occasional migrations with displacements of up to 240 km, although distances of up to 625 km have been recorded.
Its diet is based on non-aquatic insects such as mosquitoes, tipulae, chironomids, Anisopodidae, spiders and moths caught in flight over bodies of water and occasionally on the ground or on vegetation. During breaks it hangs from tree branches.
Regarding the conservation status, according to the IUCN Red List, considering the large population and the vast range, it classifies M. mystacinus as a species with minimal risk (LC).