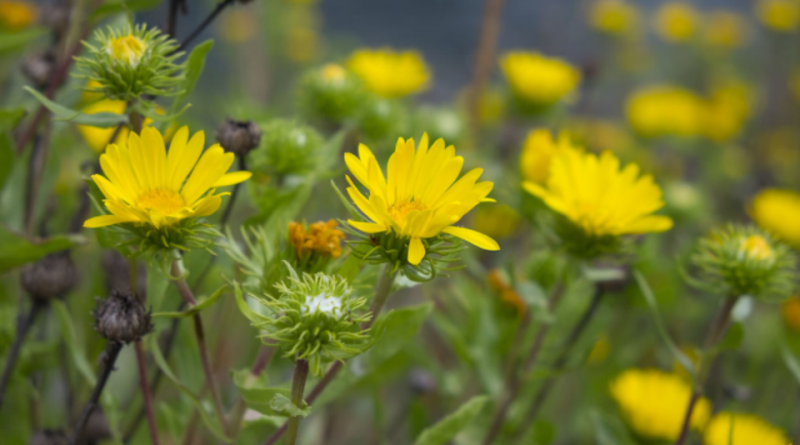 Etymology –
The term Grindelia of the genus was dedicated to the Latvian David Hieronymus Grindel (1776-1836), pharmacist, doctor and professor of botany in Tartu in Estonia.
The specific epithet hirsutula is the diminutive of shaggy, hairy, bristly hirsutus: somewhat bristly.

Geographic Distribution and Habitat –
Grindelia hirsutula is a species native to North America, widespread throughout Canada and in California and Oregon.
The species is highly variable and many local populations have been named as varieties or as distinct species. All of these taxa, however, interact with each other.
Its habitat is often that of coastal brackish areas. 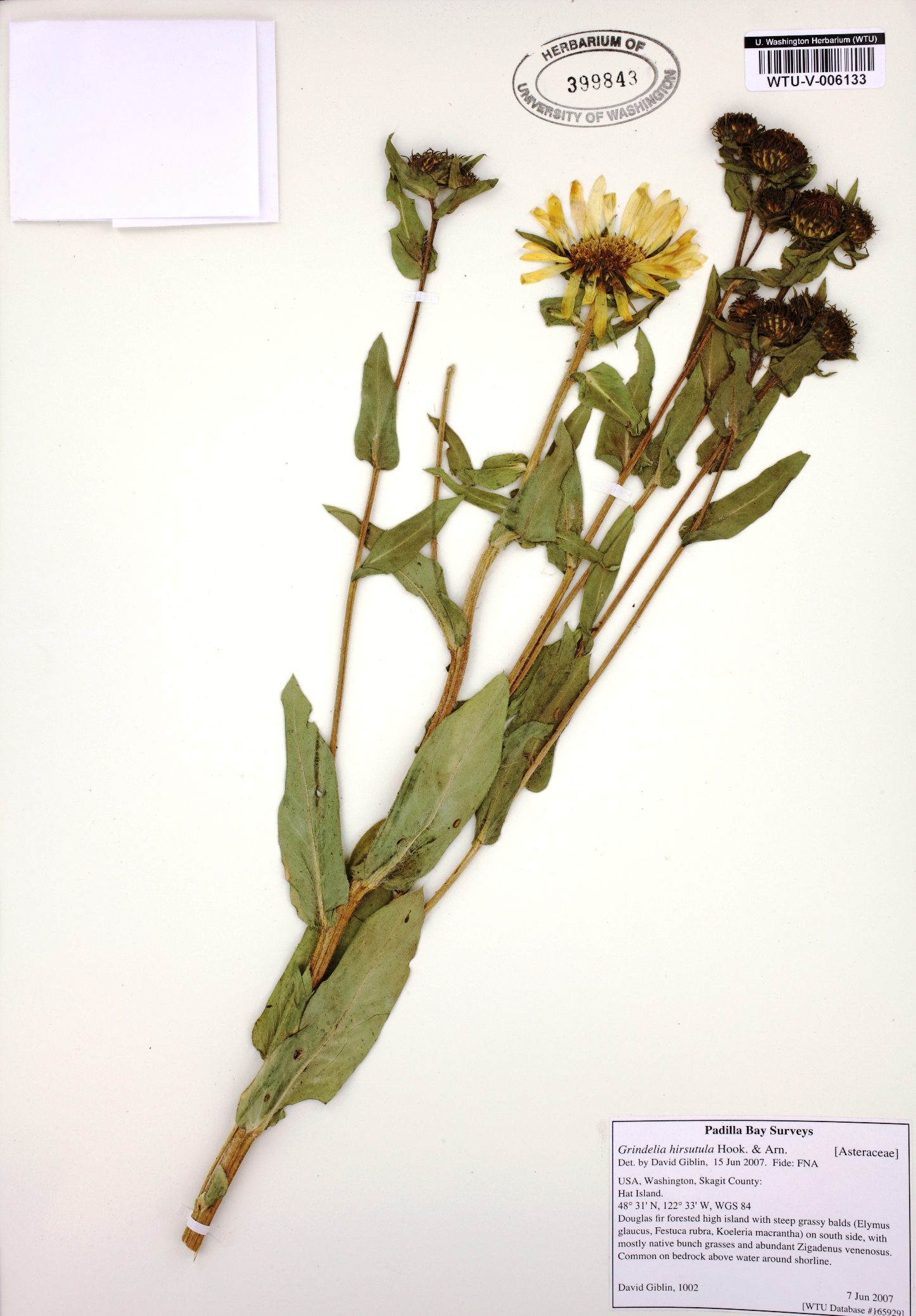 Description –
Grindelia hirsutula is a perennial ervbaceous plant, with an erect habit that can reach a height of up to 1.50 meters, and even more, even if it normally assumes smaller dimensions.
The plant is generally green in color, but the stems are often red or brown-purple and the leaves can be a little yellowish or reddish, simple and alternate.
The plant can produce numerous branched flower heads at the top.
Each flower head is 2 or 3 centimeters wide with hemispherical cups; the bracts are claw-shaped and folded away from the flowers. The center of the head is filled with many small yellow flowers surrounded by numerous golden flowers. The head produces a thick white exudate, especially in the new flower heads.
The fruit is an achene, it is called cipsela.

Cultivation –
Hairy gumplant is a perennial plant that is harvested in nature for local use as a medicine and source of materials.
It is a plant that can be grown easily in any well-drained soil and in full sun.
It grows well on dry sandy banks and poor soils; it also tolerates temperatures down to -5 and -10 ° C.
Propagation occurs by seed with sowing in autumn or spring in a cold greenhouse, with seed cover. The transplant is then carried out in their permanent positions in early summer.

Customs and Traditions –
Grindelia robusta is a plant that can find medicinal uses; the dry leaves and the flowering tops are in fact anti-asthmatic, expectorant and sedative.
The main use of this herb is in the treatment of bronchial phlegm, especially when there is an asthmatic tendency.
The active ingredient is excreted by the kidneys and this sometimes produces signs of kidney irritation.
The plant has also been used in the treatment of itchy rashes caused by contact with poison oak (Rhus spp.).
It is also a homeopathic remedy that is prepared from the leaves and flowering stems.
Among other uses it is remembered from the flower heads and from the fruits yellow and green dyes are obtained.

Preparation Method –
The dried leaves and flowering tops of this plant are used and, for some homeopathic remedies, even the flowering stems.