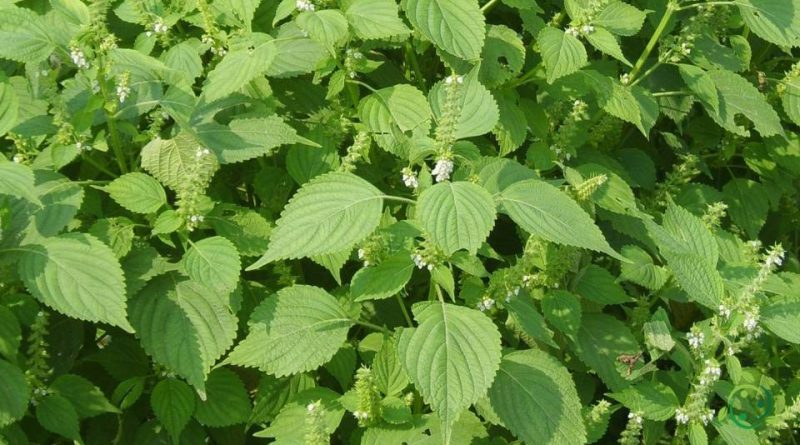 Cultivation technique –
Perilla frutescens is an easy to grow plant; its small, round seeds germinate smoothly and growth is quite fast. The plant can be sown either directly in the home or in a container if you want to anticipate cultivation, it tolerates transplants well.
In the detail of the cultivation technique it is emphasized that this plant is suitable for cultivation in pots, in the vegetable garden and in gardens.
The Perilla can be sown directly in the field in the period from March to July, in a fertile and slightly humid soil, but usually it is better to do it in a seedbed: in this case it is advisable to sow superficially from early March to the end of July. , in containers or jars, compacting the soil slightly. It is advisable to place the sown in a warm and protected place, both in a greenhouse and (if in a pot) behind a window with good exposure, with temperatures between 15 and 20 ° C; throughout this period the substrate must be kept constantly humid.
After sowing the germination period is between 10 and 20 days.
The transplant should be carried out in larger pots or in the ground from mid-May to the end of June.
In open ground systems, for larger productions, spacing of 25 x 10 cm up to 30 x 20 cm can be adopted.
The exposure is good that goes from full sun to light shade conditions.
The Perilla is a plant that grows up to 60-80 cm and resists well both in case of heavy rains and in case of drought.
Remember that being an annual plant, which re-sows itself, if you want to reproduce it, just collect the seeds, an operation that must be done from October onwards, and reuse them within six months.