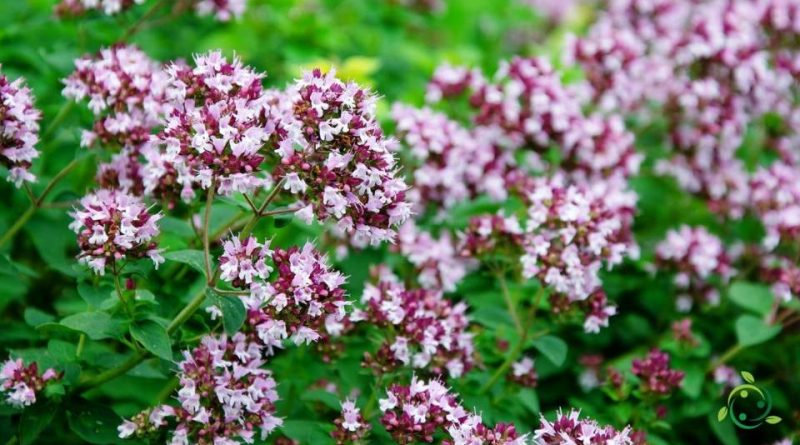 Common oregano (Origanum vulgare L.) is an aromatic perennial plant of the Lamiaceae family, widely used as a spice.
This plant is native to Europe and western Asia. In Italy it is present in almost all regions, from the plain to 1,300 meters.
Oregano is a plant that can be multiplied both by seed and by division of the tufts or by cuttings.
For the details of the cultivation technique, however, refer to the following sheet.

Propagation by seed –
In seed propagation, it is possible to start from seeds purchased in specialized stores or online or taking care, if already cultivated, to keep the seed from the previous year.
In this case, some plants must be allocated for this purpose, taking care to make them go to seed, at the end of the summer season, and to collect the buds and dry them in a shady and ventilated place, where they can be stored for the whole winter.
Sowing oregano is an easy operation also because it is a seed with an excellent ability to germinate. Sowing can be done in the open field or in small containers.
The best time to sow is the end of February and, if the season is still cold, even in late March, and then transplant in the spring when the seedlings are already formed. In any case, for small crops it is possible to sow directly and then thin out too dense seedlings.
The seed must be placed at a shallow depth, a veil of earth is enough to cover it, and if you sow in a container it is advisable to put two or three seeds per container, thinning out later. Oregano is a plant that tolerates aridity but to be born it requires a constant humidity, so until the seedlings are perfectly formed, the soil where it was sown must be sprayed continuously.
The transplant is then carried out when the climate is permanently temperate, therefore generally in the month of April or May. After working the soil and leveling the surface by placing the seedlings in the field, digging a small hole and then compacting the earth all around.
We remind you that for company-type plantations, the distance between the seedlings must be 40/50 one and the other and with distance between the rows depending on the tools we have for processing and eliminating weeds.

Propagation by division of the tufts or by cuttings –
The fastest and fastest propagation, and with which genetically homogeneous plants are obtained, is that by cuttings or by division of already branched plants.
This operation must be performed either in late spring or immediately after flowering.
In the division by cuttings it is necessary to intervene in June, taking cuttings of about 10 cm from the shoots that are placed at the base of the plant.
These cuttings will be placed in a substratum composed of peat and sand, in a shady and cool area; after planting, the soil must be kept constantly humid, spraying often and waiting for rooting to proceed with transplanting in the open ground.
The technique of dividing the tufts is very similar with the difference that in their removal portions of roots can also be removed so that the entry into vegetation can be faster.