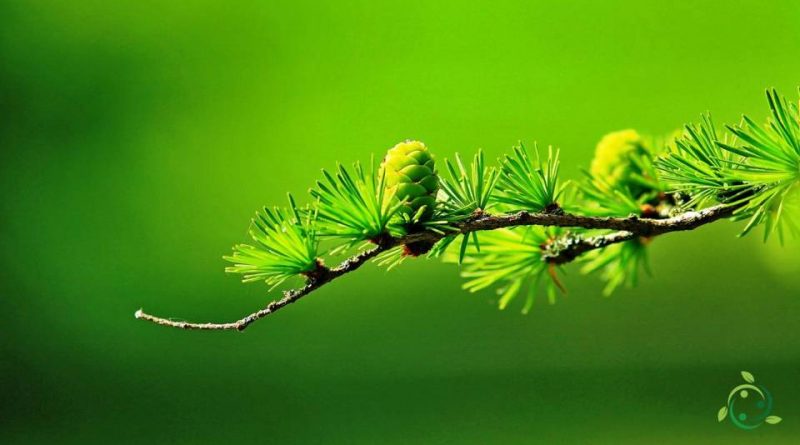 With the term conifers, in botany, we mean the most important group of Gymnosperms,
comprising pines, firs, larches, junipers, cypresses and sequoias, composed of trees characterized by seeds carried by cones or strobili, leaves mostly needle or flake, often resinous, homogeneous wood.
The term conifers is synonymous with resinous, coniferous trees.
Conifers, according to the ordinary botanical classification, fall within the Pinophyta Division.
The current division name Pinophyta derives from the rules of scientific classification which require for the nomenclature that the names of the higher hierarchies be based on the name of the type genus, Pinus in this case. Before this, the classification used names like “Coniferophyta”, “Coniferales” or “Coniferae”.
Conifers are woody plants and many are trees, the majority of which have a single trunk with side branches. The size of mature conifers can vary from less than one meter to over 100 meters. The tallest, largest, most massive and oldest living beings are conifers. The tallest is a California redwood (Sequoia sempervirens) 112.34 meters tall. The largest is a giant sequoia (Sequoiadendron giganteum), with a volume of 1486.9 cubic meters. The most massive, with the widest trunk ever, is a Taxodium mucronatum with a trunk diameter of 11.42 meters. The oldest is a Pinus longaeva which is 4,700 years old.
Among the most salient features of conifers we remember:

– in these plants the leaves of most species are long and thin needles, but others have flat leaves with triangular scales. Some, such as in the Araucariaceae and Podocarpaceae families, have broad leaves. In most cases, the leaves are arranged in a spiral, with the exception of many of the Cupressaceae and one genus of the Podocarpaceae (Nageia), where they are arranged in opposite pairs or in circles of 3-4 leaves. In many species with spirally arranged leaves the base of the leaf is turned to present the leaves in a single horizontal plane to maximize sunlight reception. The stomata are in lines or patches on the leaves, they can be closed when it is very dry or cold. The leaves are often dark green, to absorb the maximum of solar energy at high latitudes or in the thick shade of the forest.
– in the vast majority of cases the conifers are evergreen and the leaves can remain on the plant for many years but three genera Larix, Taxodium and Metasequoia lose their autumn leaves remaining bare throughout the winter. In some genera the juvenile foliage appears different from the adult one.
– conifers are usually monoecious plants, but some are subdioic or dioecious. The seeds of conifers develop in a protective cone called a strobilo. Strobili take four months to three years to reach maturity and can range from 2mm to 600mm in length. In some cases, as in the genera Cedrus and Abies, the cone disintegrates, in other cases it opens only to release the seeds. Not all cones are hard and woody: in some cases they have a fleshy part that can be used by birds to spread the seeds.