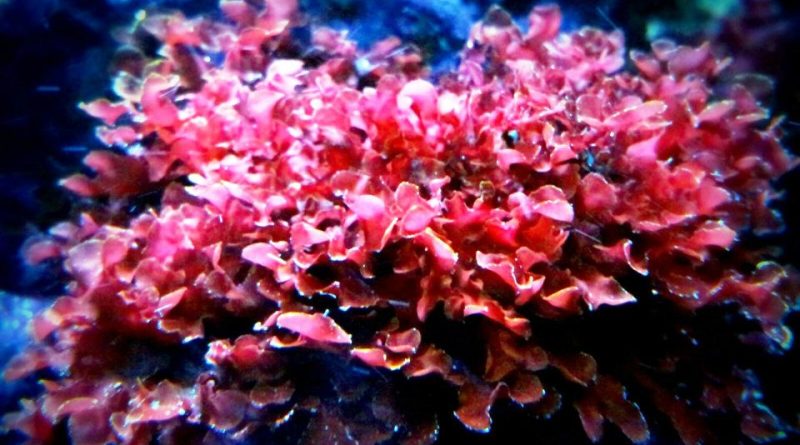 Gracilaria (Gracilaria Greville, 1830) is a genus of red algae belonging to the Gracilariaceae family.

Etymology –
The term Gracilaria of the genus derives from the Latin gracĭlis, thin.

Geographic Distribution and Habitat –
The genus gracilaria is found in warm waters around the world, although seasonally they are also found in temperate waters. It cannot tolerate temperatures below 10 ° C so it is found in all oceans except the Arctic. Its major center of diversity is the western Pacific, where it has traditionally been grown as an agar source. 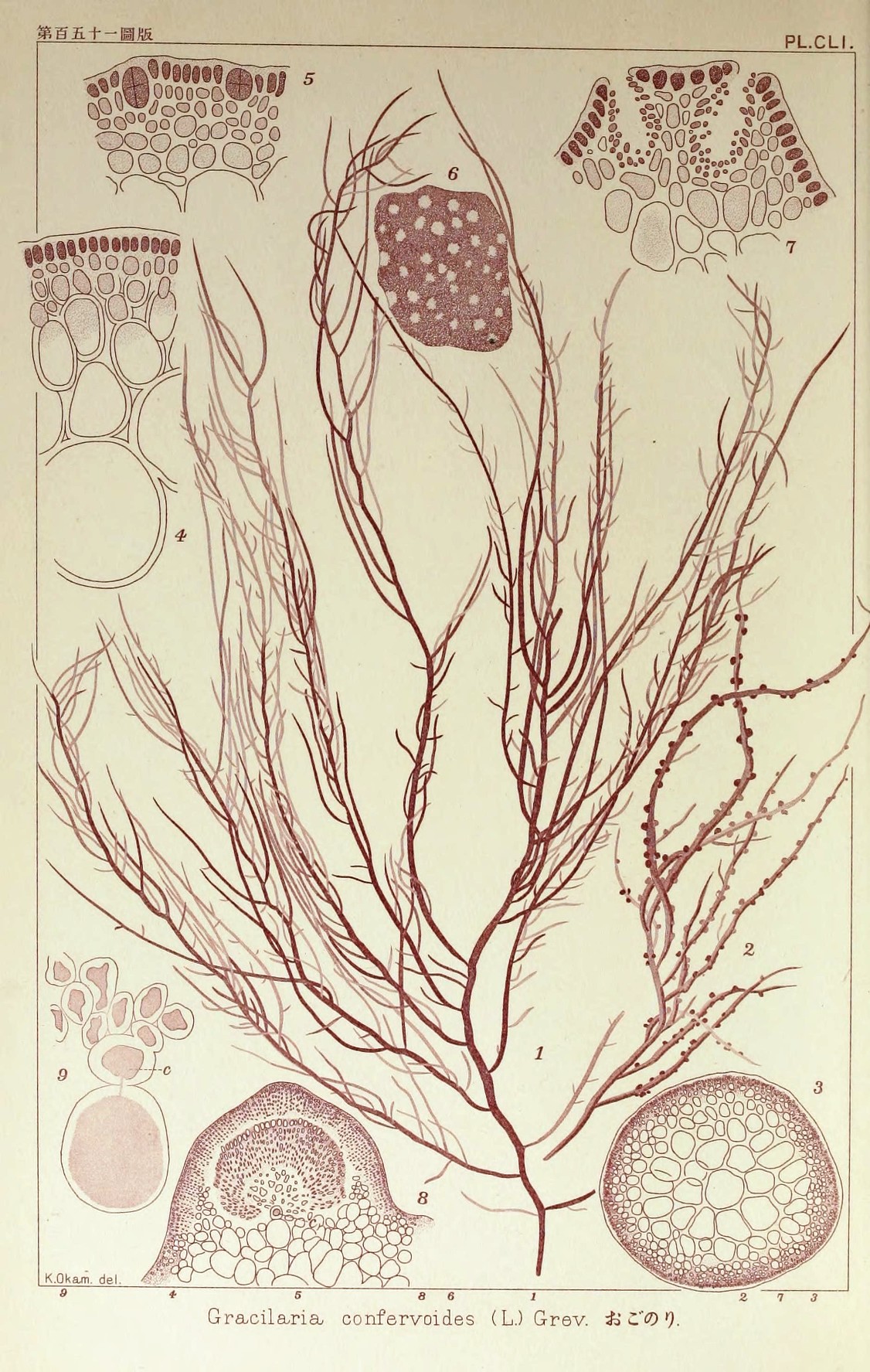 Description –
Gracilaria is a seaweed from the Rodoficee group, with a cylindrical, fleshy thallus, with long undivided branches, up to one meter tall in some species.

Cultivation –
From one species, Gracilaria lichenoides (Sphaerococcus lichenoides), common on the cliffs of the Indian Ocean where it forms extensive red carpets about a decimeter high, the best Ceylon agar (agar-agar) is obtained.
The species belonging to this genus live in temperate and tropical seas forming very branched and cartilaginous thalli.
Another species, Gracilaria verrucosa, widespread in the lagoons from the delta of nutrient-rich rivers, is the main source of agar-agar for many countries, including Italy.
Various species of the genus are cultivated in Asia, South America, Africa and Oceania.

Customs and Traditions –
Gracilaria is a red algae worthy of note for its economic importance as an agarophyte, as well as for its use as a food for humans and for various species of molluscs.
Gracilaria is used as a food in Filipino, Hawaiian, Japanese and Korean cuisines. In Japanese cuisine, it is called ogonori or ogo. In the Philippines it is called gulaman and is used to make jelly. In Jamaica, it is known as Irish moss. In Korea, it is known as kkosiraegi.
Gracilaria contains polymerization grade 6 oligosaccharides prepared by digestion with agarase from Gracilaria sp.
Polysaccharides have been shown to be an effective prophylactic agent during in vitro and in vivo experiments against Japanese encephalitis viral infection. The sulfated oligosaccharides of Gracilaria sp. they appear to be promising candidates for further development as antiviral agents.
Gracilaria is also a macroalga for sale in the aquarium trade. It is a highly palatable alga for tangs and many other herbivorous fish, and its nutrient absorption capacity makes it a suitable choice for aquariums.

Preparation Method –
Gracilaria, as well as for the extraction of agar agar, is mainly used in Asian countries for food use.
In Japan, the Caribbean and Hawaii, this seaweed, called ogonori, is appreciated, which is preserved in brine for the preparation of salads, or ground into powder and used as a thickener for sauces, puddings and creams.