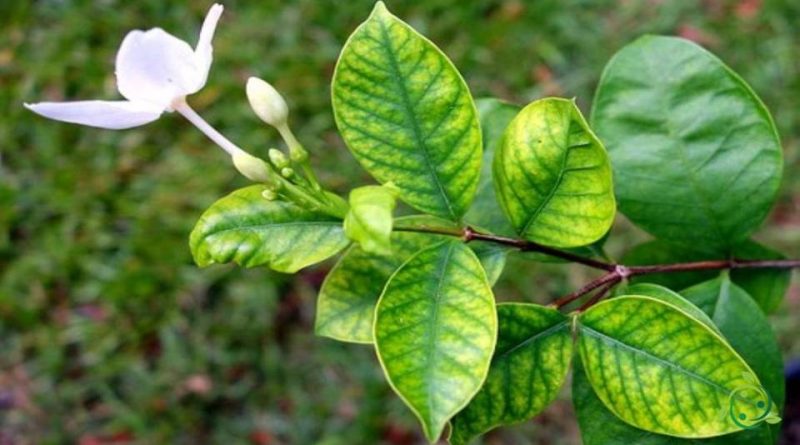 The term chlorosis, in botany, means the visible manifestation of the abnormal yellowing of the leaves, which can result from various phenomena such as: mineral deficiency, virus infection or extremely low light.
Whatever the cause, chlorosis is a symptom of generic etiology that affects the leaves of plants due to the lack or insufficient formation of chlorophyll or its degradation.
Chlorosis manifests itself with yellowing of green plant organs and with other often related effects such as:
– leaves of reduced size and subject to early fall. The various plant species have a different resistance to chlorosis, which occurs mainly in tree species.
Chlorosis can be direct, due to a lack of a mineral element in the growth medium or induced by the plant’s inability to assimilate the element even if it is present.
The cause can also be an infectious or non-infectious disease (physiopathy), such as a nutritional deficiency or an excess of water stagnation.
Among the determining factors of chlorosis there can be those most frequently determined by:

– physiopathies;
– excess of phosphorus;
– excess calcium;
– nitrogen defect;
– magnesium deficiency;
– zinc deficiency;
– iron deficiency or insolubilization, indicated as iron chlorosis or limestone chlorosis;
– excess of sodium or other elements that saturating the colloidal micelles of the soil make other elements unavailable.
The pedological characteristics of the soil are therefore among the causes of the manifestation of chlorosis.
A frequent case is that of soils that contain more than 25% limestone (calcareous soils).
The excessive supply of limestone causes iron chlorosis more easily as it raises the pH and therefore makes the iron insoluble. The insufficient supply of this microelement does not allow an adequate production of chlorophyll.
Other less frequent causes are those linked to high concentrations of ozone in the lower troposphere or to plant diseases such as those linked to the enzymatic degradation of chlorophyll by some fungi of the genus Armillaria.