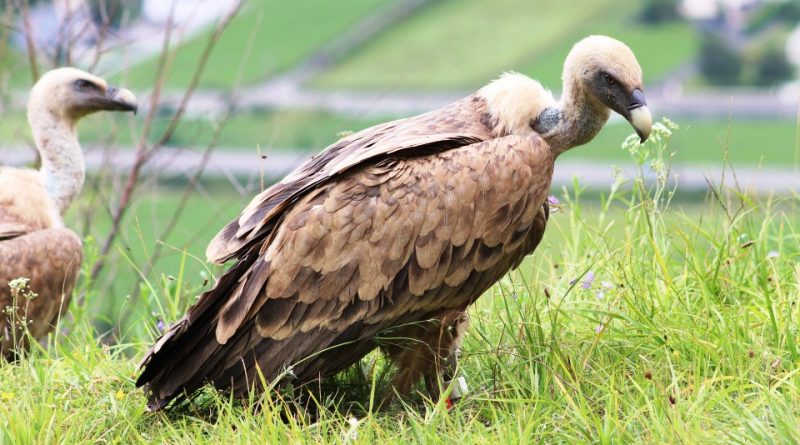 The griffon vulture (Gyps fulvus Hablitz, 1783) is a bird of prey belonging to the Accipitridae family.

Geographic Distribution and Habitat –
The griffon vulture is a species distributed in an area that includes Morocco, Algeria, Spain, Sardinia, along the eastern Adriatic coast, even in the inland regions in southern Europe, Greece, Turkey, on the eastern coasts of the Mediterranean Sea up to Iraq and Iran. In addition, a population lives in the Uvac National Park in Serbia. Some specimens migrate sporadically from Slovenia to Austria, where at the Salzburg Zoo there is a colony of semi-wild specimens, which also roams in the Hohe Tauern, where it has already nested freely.
In Italy, the species had become extinct everywhere except in Sardinia, but was successfully reintroduced in Sicily, Calabria, Basilicata, Friuli-Venezia-Giulia, Abruzzo and in some areas of the Alpine arc. In particular, in Sicily it was reintroduced within the Nebrodi Park, especially in the municipalities of Alcara Li Fusi and Militello Rosmarino; in Calabria, on the Pollino massif, specimens have been introduced several times, of which some couples have become sedentary and nesting; in Friuli-Venezia-Giulia, a project for the reintroduction of the griffon vulture in the Cornino Lake Nature Reserve, in the early 1980s, led to the development of a colony of about 150 monitored individuals, with 44 new fledged griffins in 2020, the only colony in the ‘Alpine arc in growth and expansion of range; in Abruzzo, on Monte Velino, about 80 specimens have been reinserted and, thanks to reproduction, the population is increasing (with a number of sedentary specimens which, in 2010, was about 35 individuals between adults and young, ringed and not) ; since August 2006, specimens have also been sighted on the western side of the Gran Sasso in L’Aquila; there are numerous specimens in the Petrella Liri area, always in the province of L’Aquila; more recently there have been sightings in the Dolomites, in Veneto, on the Marmolada massif. Other sightings occurred in Usseglio in the upper Lanzo Valleys. In the Pollino National Park they were reintroduced in 2002.
The ideal habitat of this bird of prey is the open environment, both mountainous and hilly, where individuals can locate carrion and nest among the rock spikes. It is a rather social species, which loves to be with its own kind in the nesting areas and often in search of food. 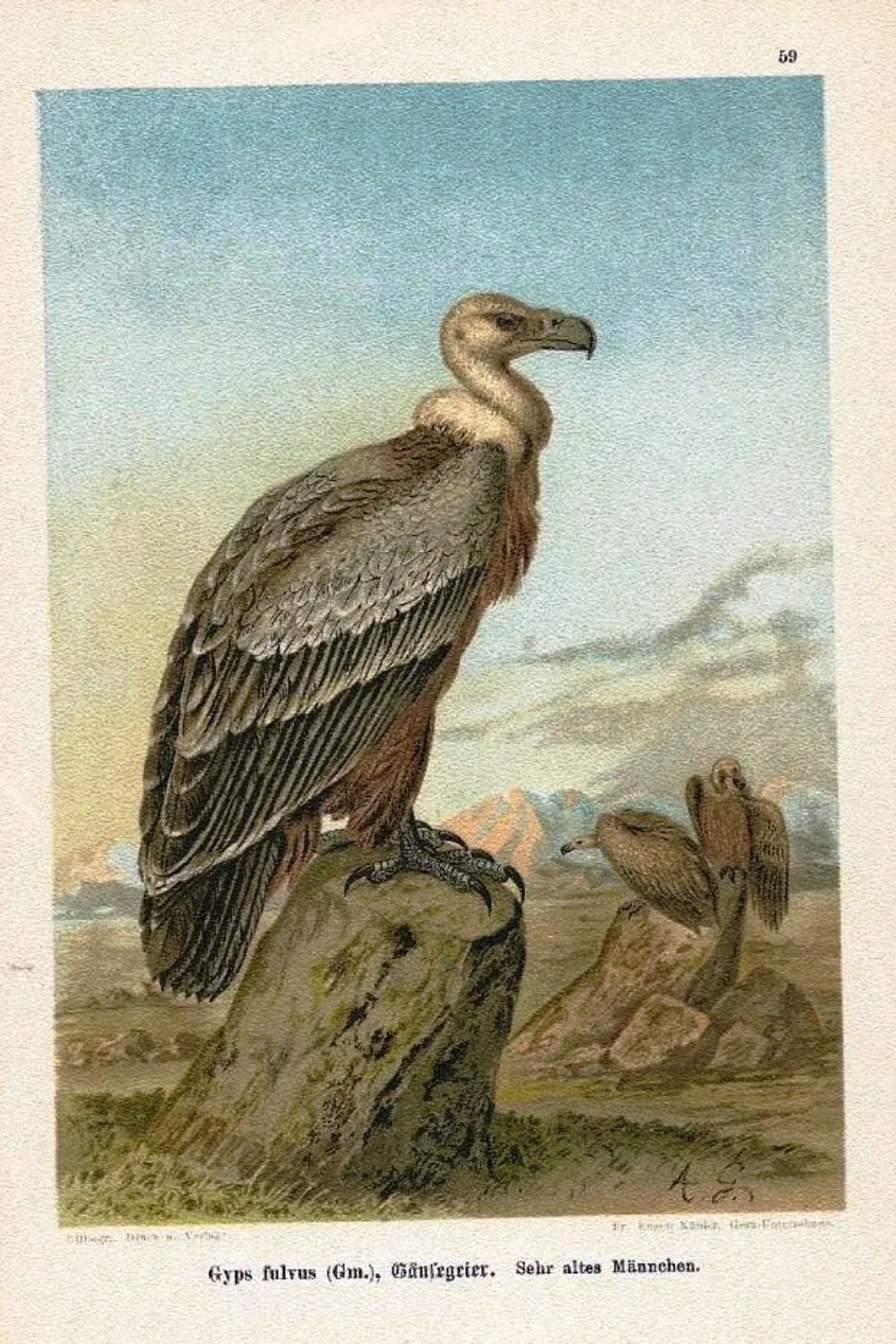 Description –
The Gyps fulvus is recognized for having a small head, bent forward during the flight; the wings are very large and triangular and the tail is quite contained and does not show sexual dimorphism.
It is a large raptor, with a weight from 8 to 10 kg, a wingspan varying from 240 to 280 cm and a length of 95-110 cm.
The plumage is tawny-brown in color, with the terminal part of the feathers black. The head is covered with thin and short bristly and whitish feathers and at its base the typical whitish feather collar is clearly visible.
Young specimens are darker than adult animals.
Life expectancy is around 30-40 years and becomes sexually mature around 5-7 years.

Biology –
The griffon vulture reaches sexual maturity around the 4th-5th year of age.
The mating period takes place between December and January.
This species nests in rocky areas with niches and platforms where the individuals of the colony then share the best areas.
The nest is built with branches and undergrowth and then stuffed with softer materials.
The deposition takes place around February – March, with a single whitish egg of about 10 cm, which is hatched for about 50 days.
At birth the chicks are often prey to crows and gulls and for this reason the female remains in the nest for defensive purposes in the first days of life, but as soon as the size of the baby allows it, the parents both look after food.
The chicks remain in the nest for a period varying from about 110 to 120 days, depending on the availability of food and then until July – August, to then begin the first flights and remain close to the nest for about a month. As soon as the flight experience allows it, young people begin to follow adults in the search for food, thus entering one of the most delicate phases of their life.
Having reached the age of about 5 years, the Griffins, having reached sexual maturity, can form stable couples that will remain united for life.

Ecological Role –
The griffon vulture feeds exclusively on carcasses of wild animals (deer, roe deer, chamois, wild boar and more) or domestic animals (horses, cattle, sheep, goats), found during the daily patrols that even reach distances of a few tens of kilometers from the dormitories.
It generally feeds in groups and one of its habit is to deposit the meat in the crop, and then regurgitate it to its young in the nest.
This bird lives in numerous colonies along inaccessible rocky walls where couples nest; moreover it can form separate colonies and it is rather faithful to its permanent place. It usually moves in flocks of several individuals.
According to the IUCN, this species is threatened at a regional and national level and vulnerable at a European level.
The main threat factors are the abandonment of wandering herding, the use of poisonous substances for the elimination of possible predators of the flocks (foxes, wild dogs) and the killing of the Griffins and then embalming them and making them a hunting trophy. “.
This species is protected by the Berne Convention, Annex III; DIR. EEC 409/79, Annex I; and some regional and national laws.