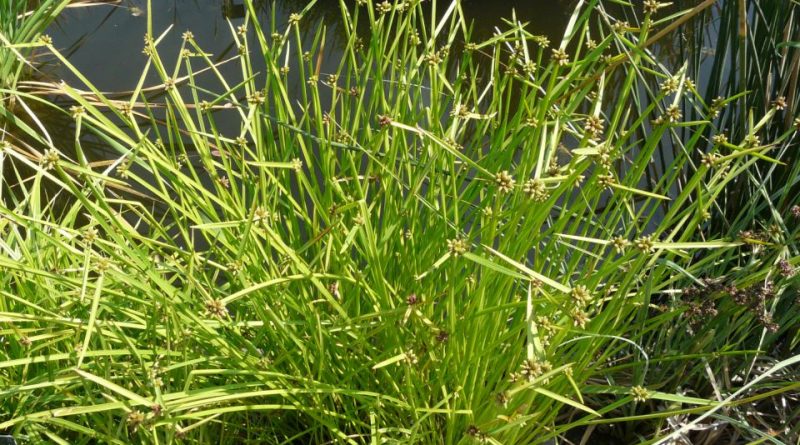 Etymology –
The term Schoenoplectiella is the diminutive of the genus Schoenoplectus which in turn derives from the Greek σχοινός schoinós rush (Latinized in schoenus) and from πλεκτός plectόs twisted, twisted, intertwined: twisted rush.
The specific mucronata epithet comes from múcro -ónis acute tip, sword: with short and acute points, due to the presence of organs with short pointed elements.

Geographic Distribution and Habitat –
The Bog bulrush is a species with a sub cosmopolitan distribution and originating from Eurasia and Australia.
This plant is present in the tropical, subtropical and temperate-warm regions of southern Europe and Africa through south and south-east Asia to Japan and Australia.
It was subsequently introduced and naturalized in the southern United States and South America and where, as in California, it has become a pest of rice fields.
In Italy it is present in the central-northern regions and in Sicily.
Its habitat is that of ditches, stagnant waters, rice fields, swamps, ponds, humid environments, from sea level to about 300 m. 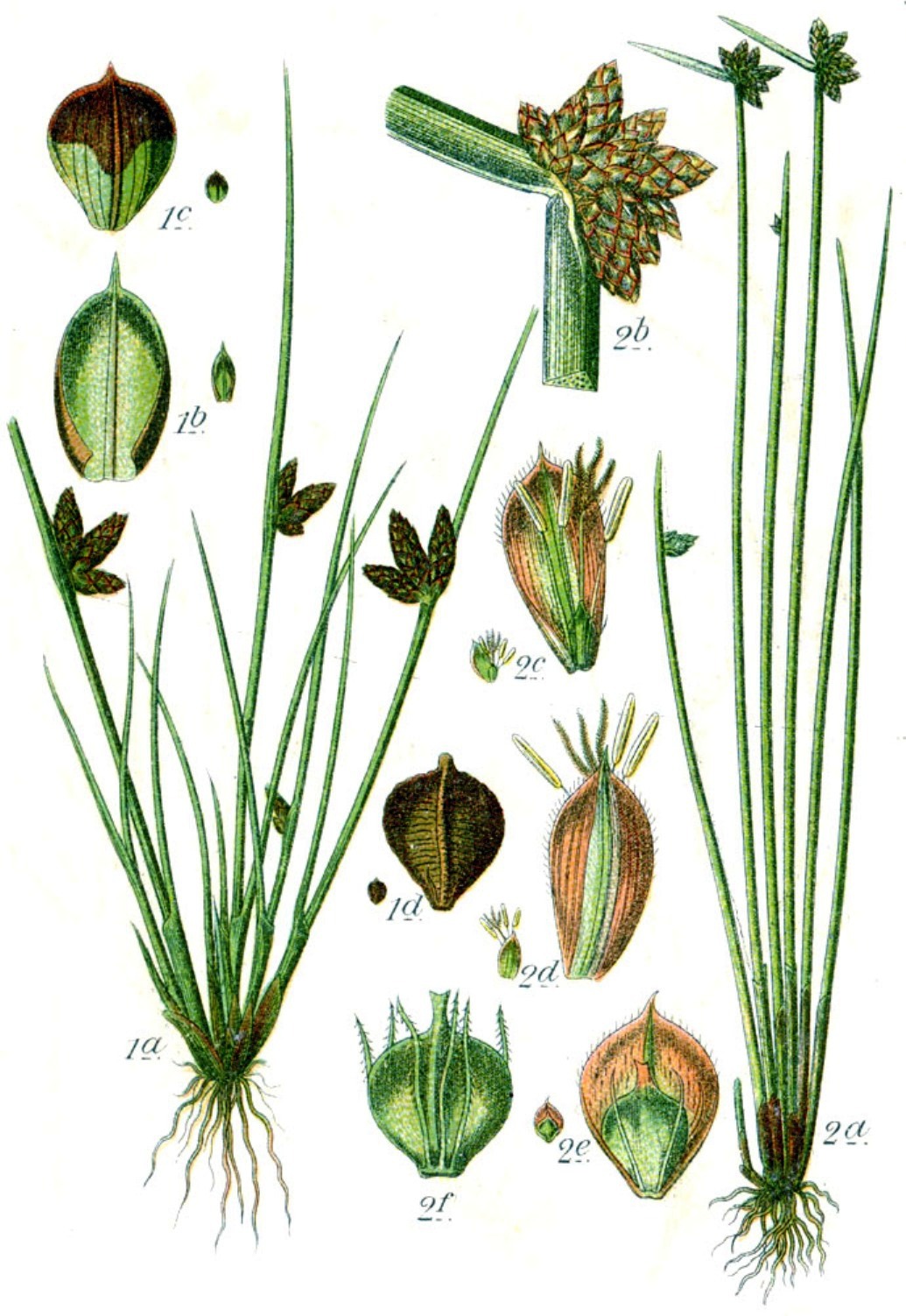 Description –
Schoenoplectiella mucronata is a perennial herb that grows from a short, hard rhizome.
The stems are erect at three angles and grow in dense clumps and can reach 1.5 meters in height.
The leaves take the form of sheaths wrapped around the base of the stem, but generally have no blades.
The inflorescence is a cone-shaped spikelet-like cluster accompanied by an angled, rigid bract that may appear to be a continuation of the stem. These are sessile spikes, brown or greyish, ovoid or lanceolate of 5-10 mm, with 3 stigmas.
The flowering period is between June and August.
The fruits are 1.8-2 x 1.4-1.7 mm achenes, with an obovate outline, obtusely trine or convex plane, with fine transversal striae, yellowish when young then gray; 4-6 perianial filiform resta, as long as the achenium.

Cultivation –
Bog bulrush is a fast growing evergreen perennial that grows up to 1.5m and hardy to (5ft) by 0.3m (1ft) at a fast speed.
To grow it needs direct sun exposure for at least 6 hours a day and is also a plant that resists very cold temperatures.
It prefers moist or wet soils and can grow in water.
Propagation occurs by rhizomes but can also occur by seed.

Customs and Traditions –
Schoenoplectiella mucronata is a plant whose rhizome and roots can be used for edible purposes.
In wet areas where it grows the dried stems are twisted together to make various products or used as ropes. The stems are used in Madagascar to make hats. In Southeast Asia the stems are used in the production of ropes, mats, sacks and bags.
This plant can also be used for its ornamental foliage and can be used in waterlogged environments in ponds, lakes, rivers, swamps, water gardens and marshes.
It can also be used for constructed wetlands.
From an ecological point of view, they feed on its seeds.
It could be used for biomass production for various purposes.

Preparation Method –
Schoenoplectiella mucronata is a plant that is used in the areas of origin especially for the manufacture of various objects but can also be used for food purposes using the rhizome and roots.