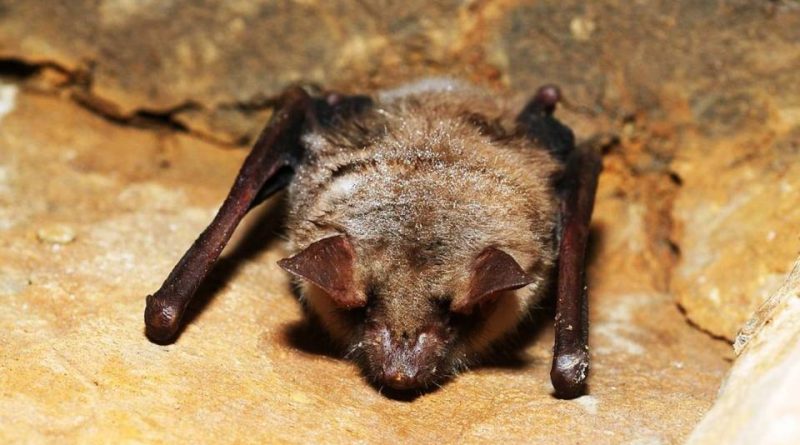 The Greater mouse-eared bat (Myotis myotis Borkhausen, 1797) is a bat belonging to the Vespertilionidae family.

Geographic Distribution and Habitat –
The Greater mouse-eared bat is a bat widespread in the Palearctic Ecozone. In Europe it is present as far north as southern England and southern Sweden almost at the 55th parallel in correspondence with north-eastern Poland and Belarus; as far east as Ukraine (Odessa area), Turkey and Israel; it is then present in the Balearics, Corsica, the Maltese Islands, Crete, the Azores, Maghrebian Africa and Libya.
In Italy it is present throughout the territory except Sardinia.
Its habitat is very varied and also includes urban areas up to 2,000 meters above sea level. 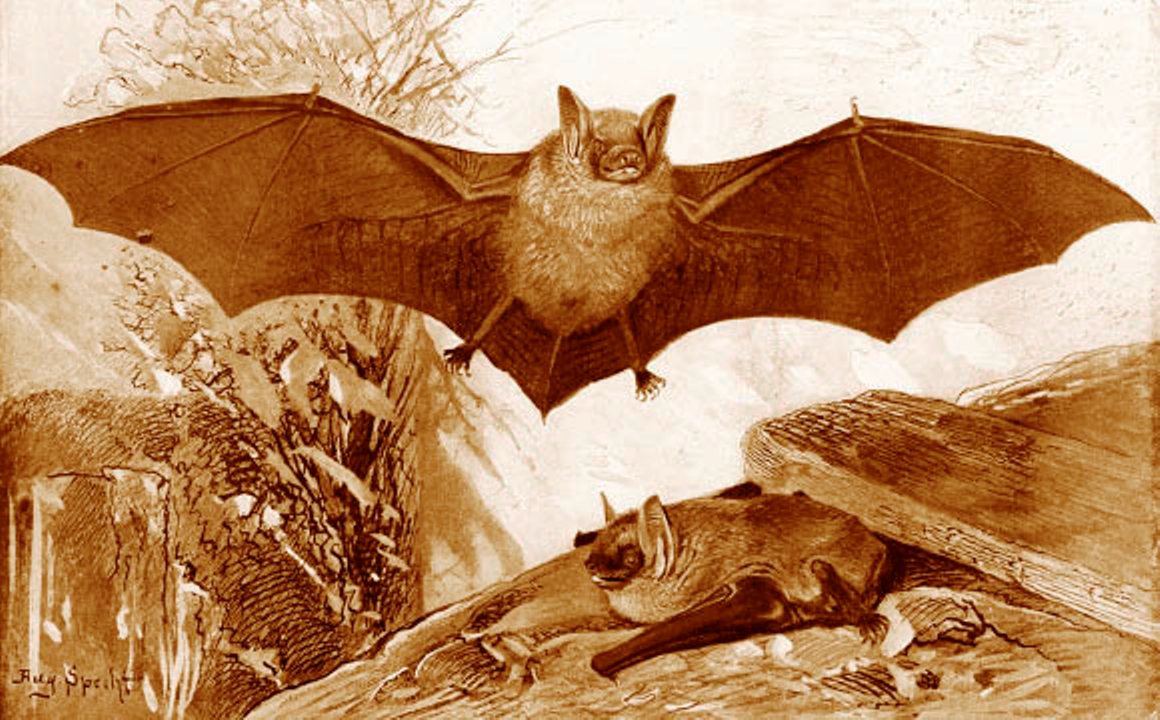 Description –
Myotis myotis is a bat with a head-body length of 67-84 mm, tail length of 45-61 mm, forearm length of 55-67 mm, ear length of 24-28 mm, for a weight of 28-40 grams.
It is recognized for having a short and dense fur, with the dorsal parts of a gray-brownish color, with the base of the hairs dark brown and the ventral parts are lighter and greyish. The muzzle is short and broad.
The ears are dark brownish-gray in color, long and broad with the anterior margin curved backwards, with 7-8 longitudinal folds on the inner surface of the auricle and with a round lobe at the base of the outer margin.
The tragus is broad at the base, lanceolate, about half the length of the auricle and often with a black tip.
The wing membranes are dark brownish-gray in color and attached posteriorly to the base of the toes, which are relatively large.
The tip of the long tail extends beyond the large uropathagium. This bat emits ultrasound in the form of pulses of intermediate duration at an initial modulated frequency of 88 kHz, final of 22.2 kHz and maximum energy at 37.1 kHz.
The flight is slow and is carried out up to 10 meters high.

Biology –
Myotis myotis begins its biological cycle with the matings that take place from August until the following spring. She gives birth one pup at a time in the period from May to July after a gestation period of 50-70 days.
The young are weaned after 5 weeks of life.
This bat becomes sexually mature after 1-2 years of age. Life expectancy is up to 22 years.

Ecological Role –
The Greater mouse-eared bat arrived in the summer period forms colonies of several thousand individuals in caves, mines, cellars, buildings and more rarely in tree cavities and bat boxes where they can withstand temperatures even up to 45 ° C.
In these places it forms nurseries of about 2,000 females and occasionally even some males. Males establish harems consisting of at least 5 females.
Arrived in the period from September to April, it hibernates in natural and artificial underground environments with temperatures of 2-12 ° C and with humidity up to 100%, where it forms colonies of up to 5,000 specimens of both sexes.
The diet of this mammal is based on insects, particularly arthropods and carabids, caught in flight or on the ground above open spaces.
Its predatory activity begins shortly after sunset and lasts for 4-5 hours.
It is a sedentary species with maximum displacements, mostly between summer and winter shelters, up to 390 km.
As for its conservation status, according to the IUCN Red List, considering that the population is still large and has returned stable after a significant decline in the past and that the range still remains vast, classifies this bat as a species with minimal risk ( LC).