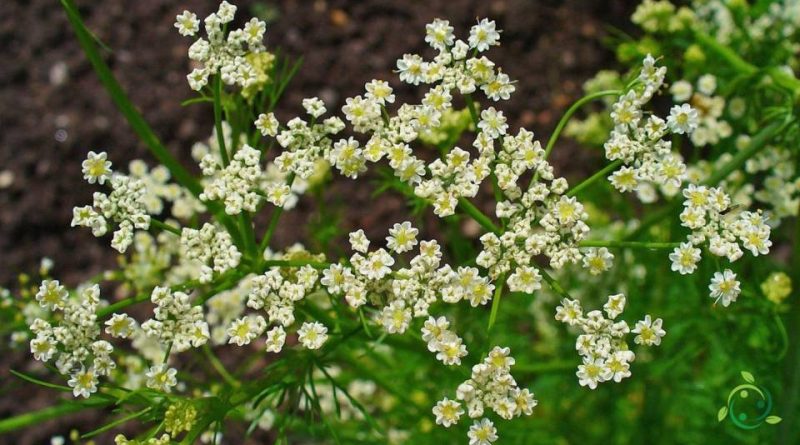 Caraway (Carum carvi L., 1753) is a biennial plant of the Apiaceae family, native to Europe and central-western Asia and known in north-eastern Africa, but cultivated both in Europe and in the United States of America.
This plant is widespread in central Europe. In Italy it is present in the meadows and pastures of the Alps (from 800 to 2400 meters), rarer in the northern Apennines, absent in the remaining areas.
Before describing how it propagates, it must be pointed out that, in its cultivation, it is advisable to adopt large alternations, avoiding sowing cumin on the same ground, or a crop belonging to the Umbelliferae family, in the following 4-5 years.
For the details of the cultivation technique, refer to the following sheet.

Propagation by seed –
Cumin is a plant that propagates exclusively by seed; this technique can be done directly in the open field or in the seedbed.
The sowing period is that of spring, after the last frosts, preferably in the seedbed to obtain seedlings that can be transplanted a few months later.
You can opt for sowing directly in the field; in this case it is possible to operate both in late spring and early autumn.
The seeds should be placed at a depth of 2-3 cm in the soil. These germinate after 10-15 days. For transplanting, it is necessary to wait until the seedlings have reached a height of 5 cm, with distances between the plants of 30 cm between the rows and 20 in the inter-row.
If, on the other hand, it has been sown in open field and broadcasting, thinning must be carried out, necessary to leave a distance of 20-30 cm between them, in order to have a density of 15-25 plants / m2.
Carum carvi seeds are easily found in specialized stores or online. However, if you have seedlings already in cultivation, it is advisable to harvest them after the flowers have gone to seed, at the end of summer.
The umbrellas are cut when before the first seeds begin to fall, they are then dried by placing them on a tray in an environment sheltered from light, dry and with good air circulation, until the following spring for the next sowing.