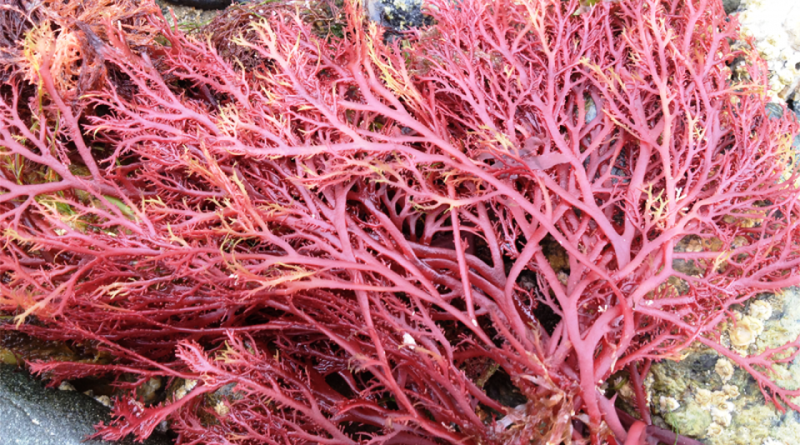 Geographic Distribution and Habitat –
Gelidium amansii is a red algae typical of the coasts of some East Asian countries, including North and South Korea, China, Japan, Singapore and north-eastern Taiwan. 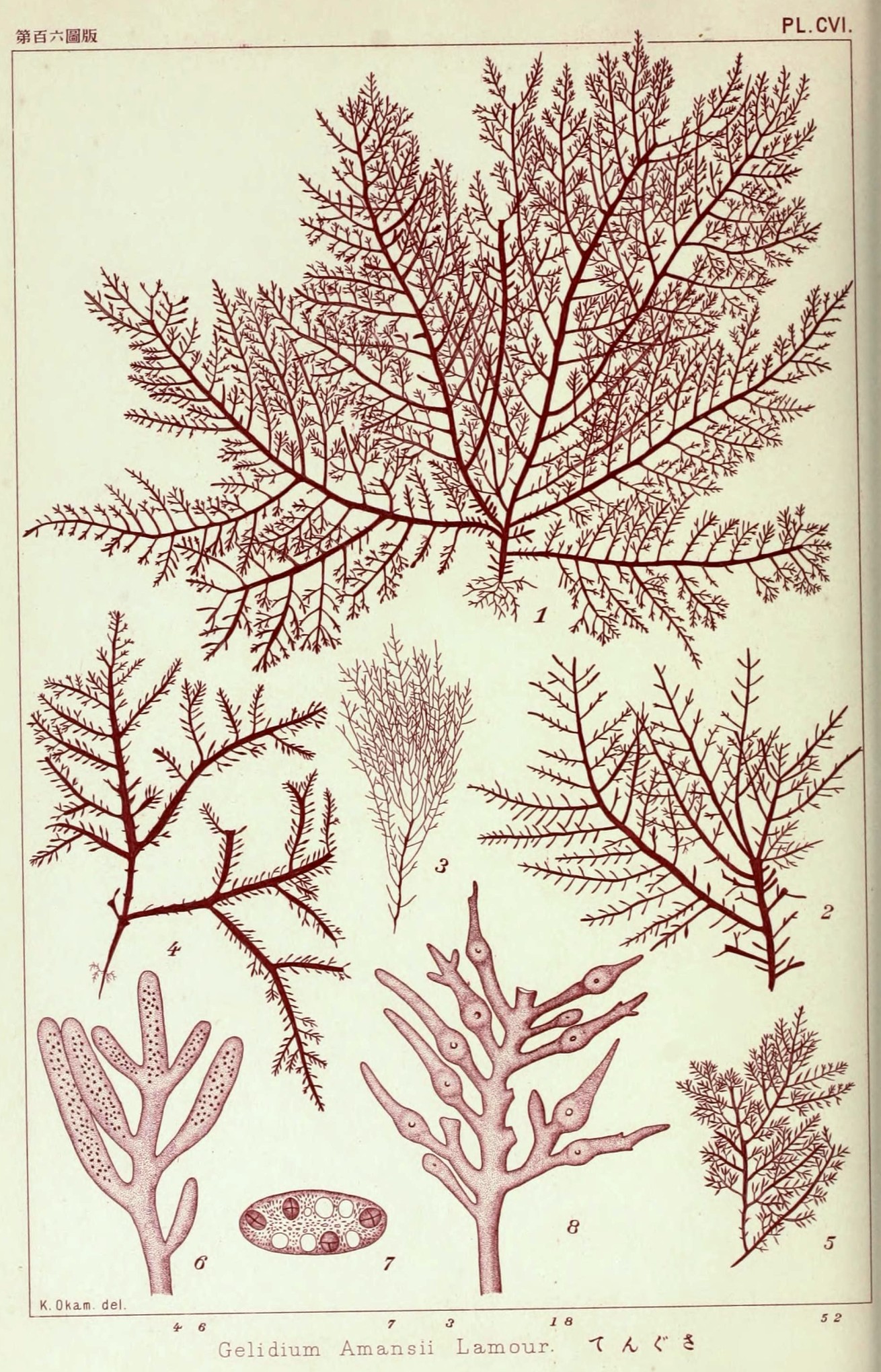 Description –
Gelidium amansii is an alga that can be purple, red, red-yellowish in color as it contains the class of pigments known as phycobiliproteins.
It has a branched body is cartilaginous and can grow to a height of 8 to 30 cm.
It may have four or five opposite, lobed pinnate leaves on each branch.
It is uniaxial with an apical cell.
The medulla is compacted with apical cells and the epidermis is formed by rounded spiral cells.

Cultivation –
Gelidium amansii is a red algae that is commonly harvested from the shallow coast, usually from 3 to 10 m deep under water.

Customs and Traditions –
This red alga is an important food source in East Asian countries and has been shown to have medicinal effects on the diet.
In folk medicine it is used to treat constipation.
This alga is used to produce agar, the components of which are polysaccharide agarose and agaropectin, which come from the large amount of algae found in the cell wall of algae.
It is sometimes served as a dressing for salads, puddings, jams, and other culinary dishes in the producing regions.
Agar is also a gelatinous substance used commercially as an incubation matrix for microbes and other products that require an ecological gelatinous matrix. Gelidium amansii is being studied as a low-cost biofuel.
In Japan Agar agar is known by the name of Kanten, which means Cold Sky, in relation to its neutral flavor, and has been used for centuries, while in Europe it was only imported in 1859. The medical microbiologist and bacteriologist Robert Koch used it first in 1880 in his experiments as a breeding ground for bacteria, as is still the case today for modern microbiological research.
Agar is also used for slimming purposes due to its satiating effect: taken before meals with plenty of water it occupies a certain volume in the stomach, helping to reduce appetite; it also allows, once in the intestine, to incorporate part of the ingested food, thus reducing absorption.
Agar is also sometimes used in cosmetics as a thickener and emollient, for the preparation of balms, capillary masks, creams and face masks.

Preparation Method –
Gelidium amansii is a red algae used in Eastern countries both as a food and in folk medicine.
Today the major use of this alga is through agar agar which is a greyish-white powder, tasteless and odorless, devoid of calories since it is practically not absorbed in the intestine, although it contains minerals and vitamins. Its peculiar characteristic is to be soluble in water and to absorb up to 200 times its volume forming a gel, used in phytotherapy for its mildly laxative properties and without irritating effects. Agar agar is also used as a thickener for culinary uses, instead of the so-called “isinglass” (and as its alternative of vegetable origin), since it has the advantage of being tasteless and odorless, for preparations such as fruit jellies, jams. low-sugar, puddings, Bavarian, sweet or savory fruit and vegetable aspic.