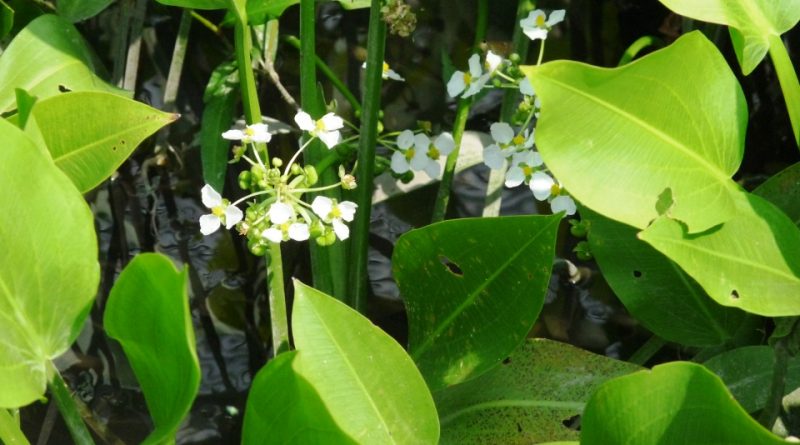 Etymology –
The term Sagittaria comes from arrow sagitta: due to the shape of the leaves similar to arrowheads.
The specific epithet platyphylla comes from the Greek πλἄτύς platýs broad, broad and from φύλλον phýllon leaf, lamella: with large leaves compared to those of the congeneric species.

Geographic Distribution and Habitat –
Sagittaria platyphylla is a plant species native to the eastern United States. The core of its range extends from central Texas to Florida, north to southern Illinois.
This plant, as an ornamental, has also been spread to other places. Isolated populations have been reported from the state of Washington, Missouri, Kansas, Ohio, Kentucky, Pennsylvania, West Virginia, East Virginia, North and South Carolina and East Georgia, Nuevo León, Michoacán and Panamá. It has also become a weed in Australia. It has also been found in China, particularly in the Yangtze River Basin. Other surveys were carried out demonstrating its presence in the provinces of the middle and lower Yangtze. This plant poses a significant threat to the Yangtze area’s ecology and economy, particularly to irrigated areas.
Its habitat is that of marshy areas, at the edges of bodies of water and in shallow and slow-moving waters where it grows partly submerged and partly on the surface of the water. 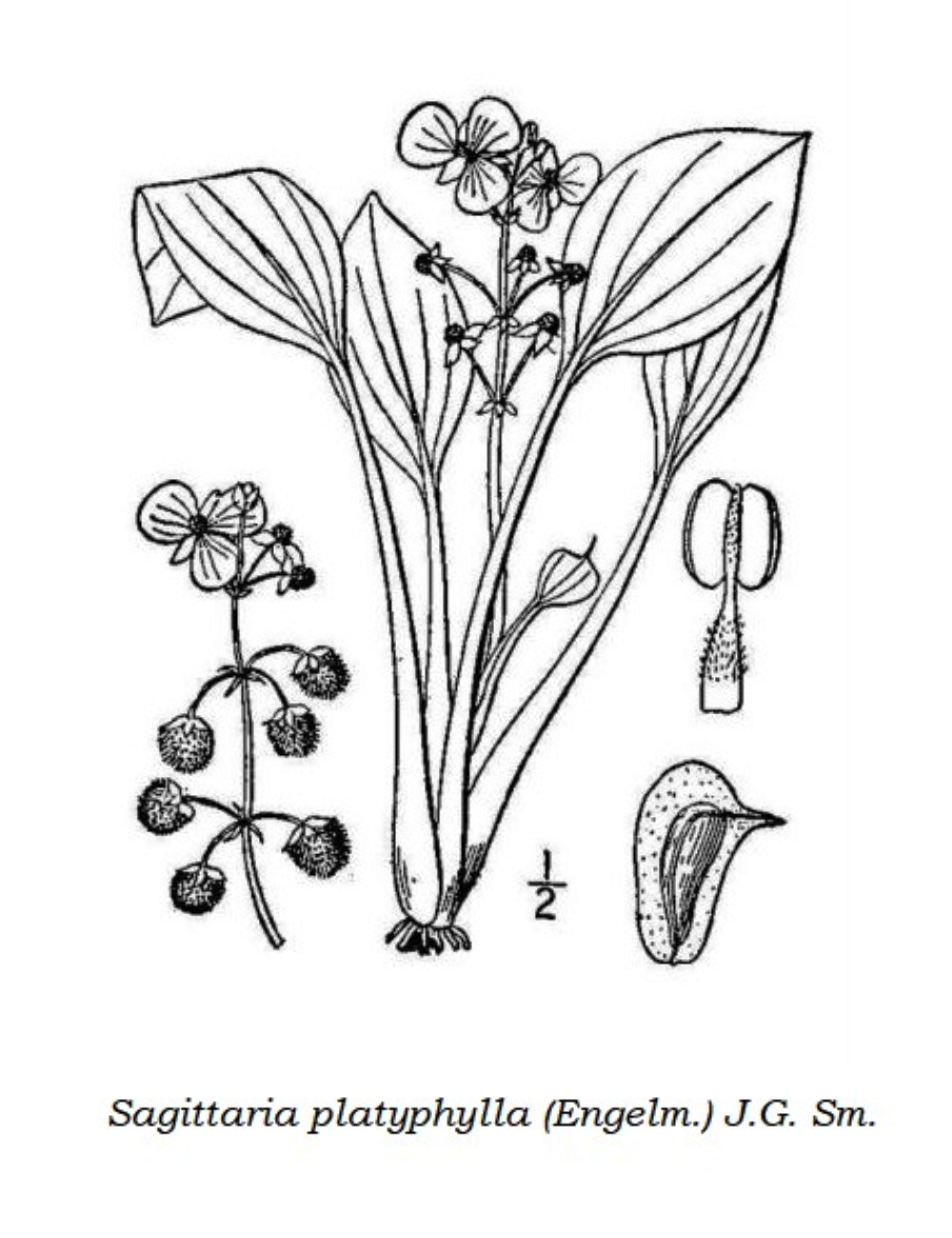 Description –
Sagittaria platyphylla is a small perennial and bulbous marsh plant that grows up to 150 cm.
It has submerged ribbon-like leaves and emerged lanceolate leaves. Some leaves are totally submerged, others emerging (rising above the surface of the water). Submerged leaves have flattened petioles but not true blades. Emerging leaves have ovate to elliptical blades up to 17 centimeters long.
The inflorescence is a raceme with 3-9 flower swirls. The flowers are white, up to 2 centimeters in diameter.
Flowering is very abundant for a period from late spring to mid-autumn.

Cultivation –
Sagittaria platyphylla is a plant that reproduces both by means of stolons and seeds.
It can be grown in the aquarium.
It is not a particularly difficult plant to take care of, provided however that you give it all the necessary requirements to make it grow well. In fact, it needs a substrate rich in nutrients in which to take root, but it is undemanding in all other respects. As for lighting, it requires medium to intense lighting.
Furthermore, it can grow without any problem in both soft and alkaline waters, with a pH that can fluctuate from 5.8 to 7.6 and with a temperature of 20 – 26 ° C.
This plant propagates from the mother plant, where small plants will slowly sprout from the bottom. Once the seedlings begin to grow and develop a root system, they will detach from the parent plant and become independent.
Given the size it can reach, Sagittaria platyphylla is undoubtedly a plant that can be inserted in the center of the tank. But not only that, it can also be placed as a foreground plant in particular positions.
It is also a plant that resists very cold temperatures.

Customs and Traditions –
Sagittaria platyphylla is an aquatic plant that can be used not only for ornamental purposes but also for its phyto-purification capacity, in ponds and bio-pools.
Like other species of its genus, this plant has edible rhizomes that can be used both as human food and as animal feed.
This plant represented a food for the indigenous peoples of North America.
Furthermore, from an ecological point of view, it is a source of nourishment for wild animals.
However, remember that in some humid environments it can become a weed that is difficult to eliminate.

Preparation Method –
Sagittaria platyphylla is a plant that, as well as for ornamental purposes and for its phyto-purifying action, could find use, through its rhizomes, in the food sector.