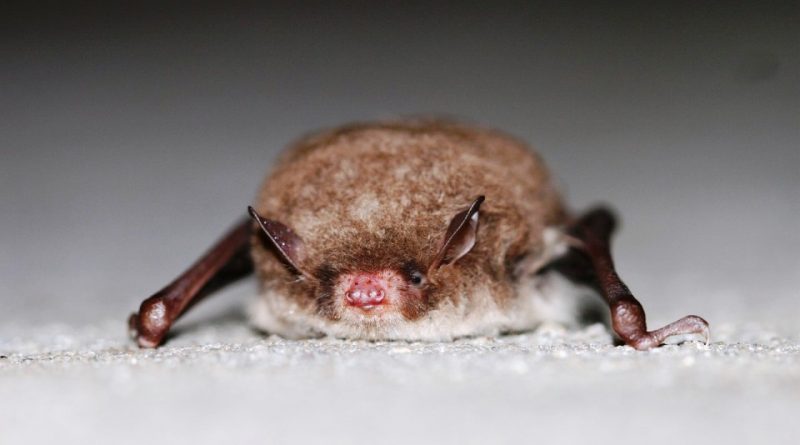 Natterer’s bat (Myotis nattereri Kuhl, 1817) is a bat belonging to the Vespertilionidae family.

Geographic Distribution and Habitat –
Myotis nattereri is a bat widespread in the Palearctic Ecozone.
It is present in Europe, including the major Mediterranean islands (except for Crete); not reported for the Maltese Archipelago; Turkey and Cyprus, Israel, Iraq, Crimea and from Transcaucasia to the southern Russian Far East, through Iran and Turkmenistan.
In Italy it is present in most of the continental and peninsular regions, as well as in Sicily.
Its habitat is that of humid woods and urban environments up to 2,000 meters above sea level. 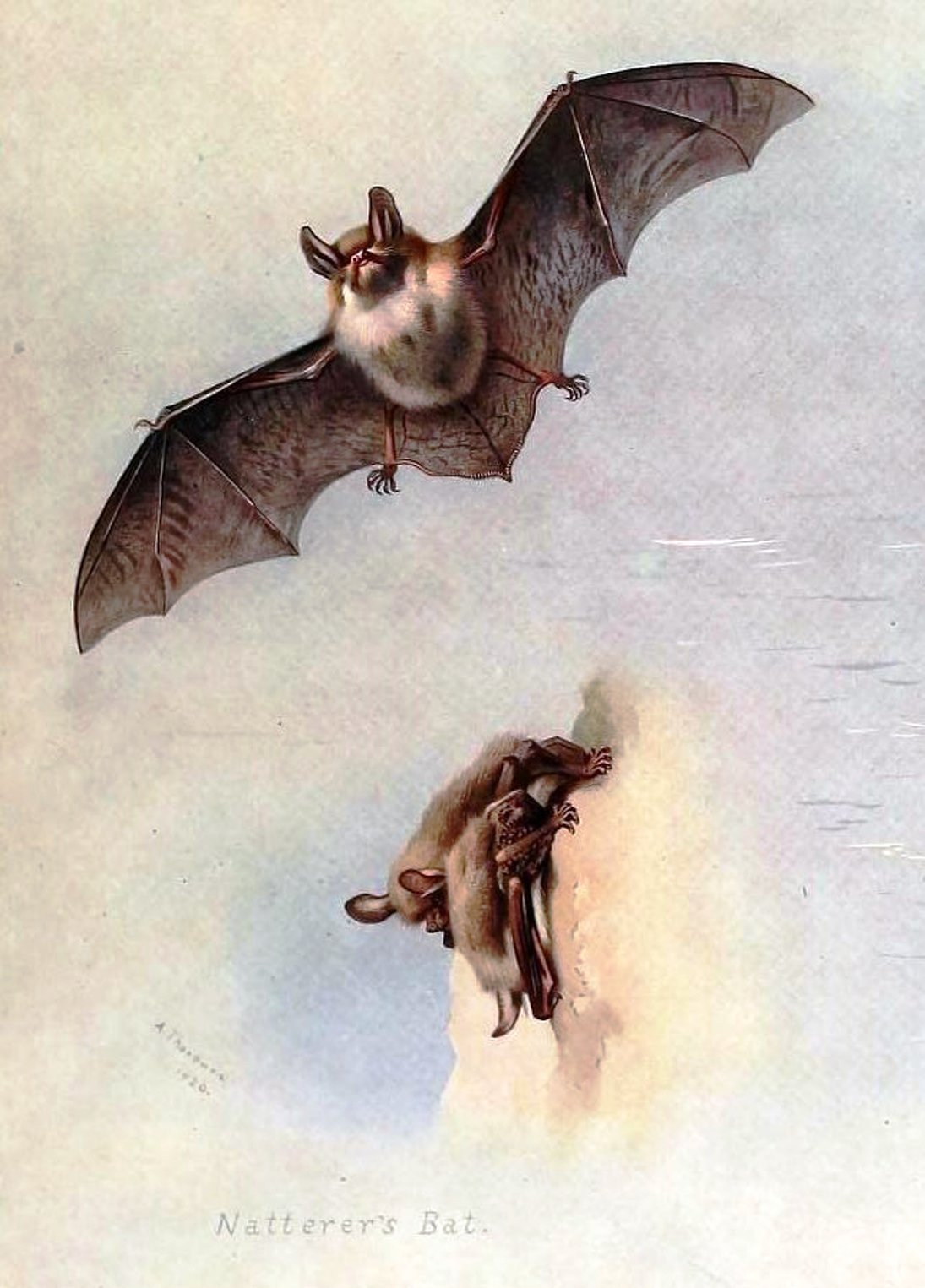 Description –
Myotis nattereri has a head-body length of 42-52 mm, tail length of 38-47 mm, forearm length of: 37-43 mm, ear length of: 14-18 mm, for a weight of: 5-12 grams.
It is recognized for its long, soft and silky fur.
The dorsal parts are brown-greyish with the base of the hairs brown-black, while the ventral parts are white-greyish with the base of the hairs dark. The line of demarcation along the neck is clear.
The muzzle has a brown-pink color, it is broad, hairless and with the upper lip covered with long hair.
The ears are dark brown-greyish, long, narrow and with a hollow about half of the outer margin.
The tragus is very long, lanceolate, thin and curved forward.
The wing membranes are dark brown-greyish and attached posteriorly to the base of the toes of the big toe.
The feet are small.
The tail is long and completely included in the ample uropatagium, the free margin of which is densely feathered. The limestone is very long and has an unusual S-shape.
This bat emits high duty cycle ultrasound in the form of short duration pulses at an initial modulated frequency of 140 kHz and final 15 kHz.
It is recognized in flight as this is highly maneuvered and carried out at low altitude up to 6 meters above the ground, alternating slow wing beats with other faster ones; moreover it can remain suspended for a short time in the air.

Biology –
Natterer’s bat begins the mating period in autumn and, most likely, also in the following spring. Females become sexually mature after the first year of life. These give birth to one or more rarely two offspring at a time in the period from June to July. The gestation lasts 50-60 days.
The young are able to fly after about a month of life.
Life expectancy is up to 20 years.

Ecological Role –
This bat takes refuge in the hollows of trees, buildings and bat-boxes during the summer, in groups of several hundred individuals; in winter it hibernates from October and November to March or April alone, in small groups and more rarely up to 8,000 specimens in natural or artificial underground shelters with temperatures of 2-8 ° C and relative humidity of 80-100%.
It forms nurseries with 20-80 females and sometimes a few males starting in April or May and usually the places are changed up to twice a week.
During the rest period he clings to the walls or the vaults with his feet.
Myotis nattereri feeds on insects captured on the ground or on vegetation, particularly diurnal dipters, trichoptera, hymenoptera, arachnids and to a lesser extent on lepidoptera, beetles, hemiptera, dermacteria and chylopods. It has also been found that it can interrupt hibernation by unusually eating moth larvae.
Its predatory activity begins at dusk, more rarely during the day and continues throughout the night. It moves easily on the ground where it can also take flight. It is a sedentary species with maximum displacements of 185 km.
The IUCN has listed this bat on its Red List of Threatened Species as of “Least Concern” because it has a very wide distribution and is abundant in many parts of its range.
The population trend appears to be stable and no significant threats have been identified.
However, the IUCN notes that in some parts of its range the forests are threatened and land management practices are changing. Sites where bats take refuge can be destroyed and cave habitats in Africa are damaged. The bat is used in traditional medicine practices in North Africa.
Myotis nattereri is protected by the European Habitats Directive, the Bonn Convention (Eurobat) and the Bern Convention.